CWD has been detected in Jefferson County, Pennsylvania 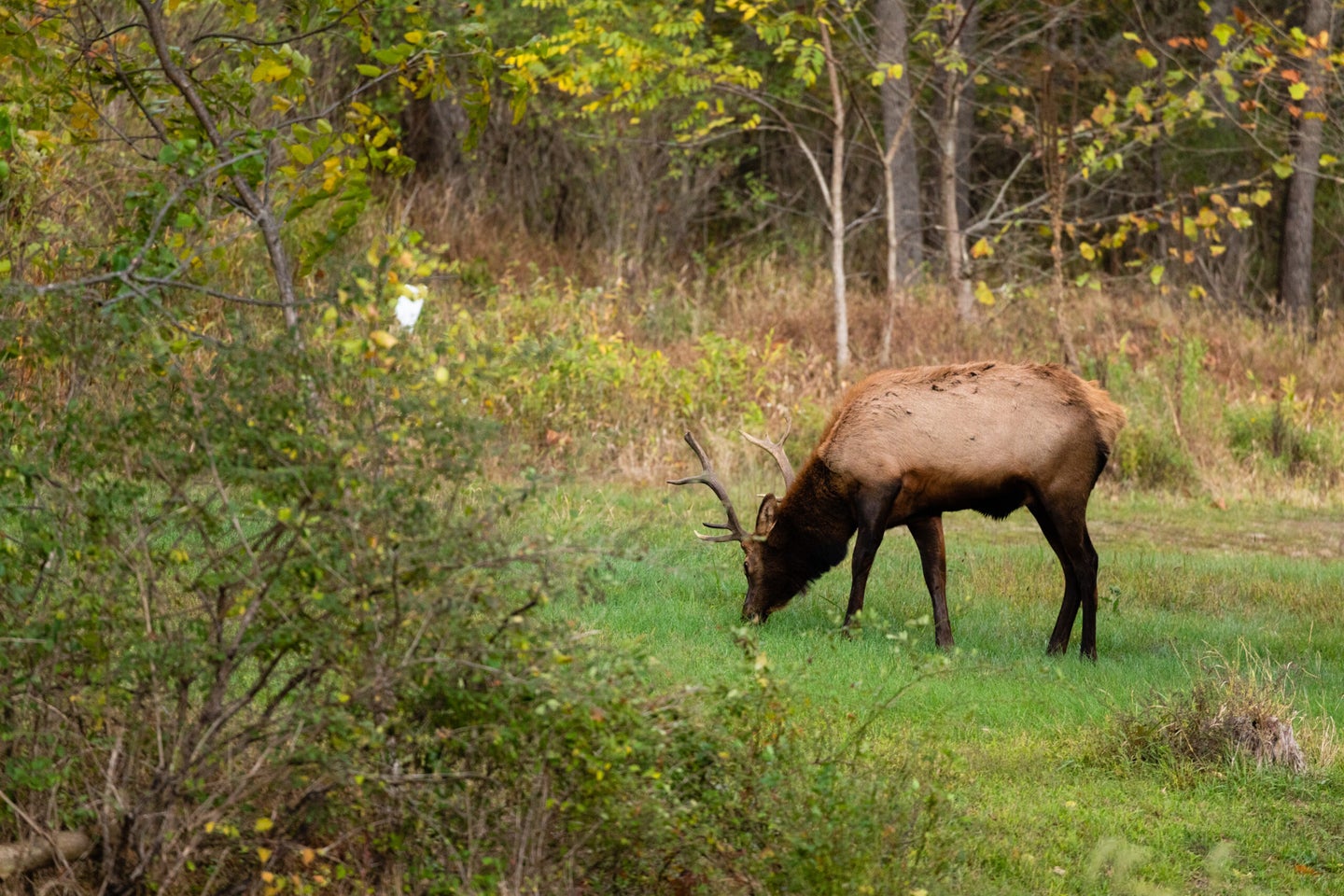 A bull elk grazes across the road from a home near Driftwood, Pennsylvania, in 2020. The new DMA is designed to protect the state's elk herd from contracting CWD. Will Parson / Chesapeake Bay Program
SHARE

A road-killed whitetail buck deer discovered two miles southwest of Pennsylvania’s prized elk range in Jefferson County has been confirmed to be carrying the dreaded chronic wasting disease, according to the Bradford Era. In response to the discovery, the Pennsylvania Game Commission expanded one of its existing Disease Management Areas and created a new DMA, the agency announced in a press release.

The buck with CWD was found near the northern border of DMA 3. PGC officials collected and tested a tissue sample as part of its CWD monitoring practices. CWD is always fatal, and it affects not just whitetails, but cervids like mule deer, caribou, and moose. Elk are also susceptible to CWD, which is why the state is moving quickly to attempt to protecting the growing herd of elk that were reintroduced in 1913.

“If a CWD-positive animal is found within any elk hunt zone, all elk hunt zones will become a DMA due to the behavior and longer distance movements of elk,” said Andrea Korman, a CWD wildlife biologist with the state agency. “If this were to occur, the impact on deer and elk populations, hunters and the public will be significant. Although this has not occurred yet, this newly found [CWD] positive deer shows how close it is.”

DMAs and their regulations are an important part of Pennsylvania’s efforts to contain CWD by limiting human-assisted spread of the disease. It is unlawful to remove or export any deer or elk high-risk parts, which include bone and brain tissue, from the DMAs. It’s also illegal to use or possess deer or elk urine-based attractants, feed wild, free-ranging deer, or rehabilitate wild, free-ranging deer or elk, since all these activities risk spreading CWD to new parts of the states.

The new DMA 6 includes parts of Clearfield, Elk, and Jefferson counties, and is intended to serve as a buffer to keep deer parts (and potential CWD infection) from spreading from DMA 3 into elk habitat.

More than 1,300 permits have been made available for the new DMA 6 unit to allow hunters to take up to two additional antlerless deer. Hunters in the new unit are asked to provide samples to the state for CWD testing. Submitting harvested deer heads for CWD testing helps determine the extent of CWD infection. To find a sample collection site or taxidermist in Pennsylvania, check out the interactive map here.

Although there is no known evidence that CWD can be transmitted to humans, the CDC recommends never eating the meat of a CWD-positive deer.