If you haven’t spent time on a trapline, you’re missing out on a side of the woods you’ve never seen before 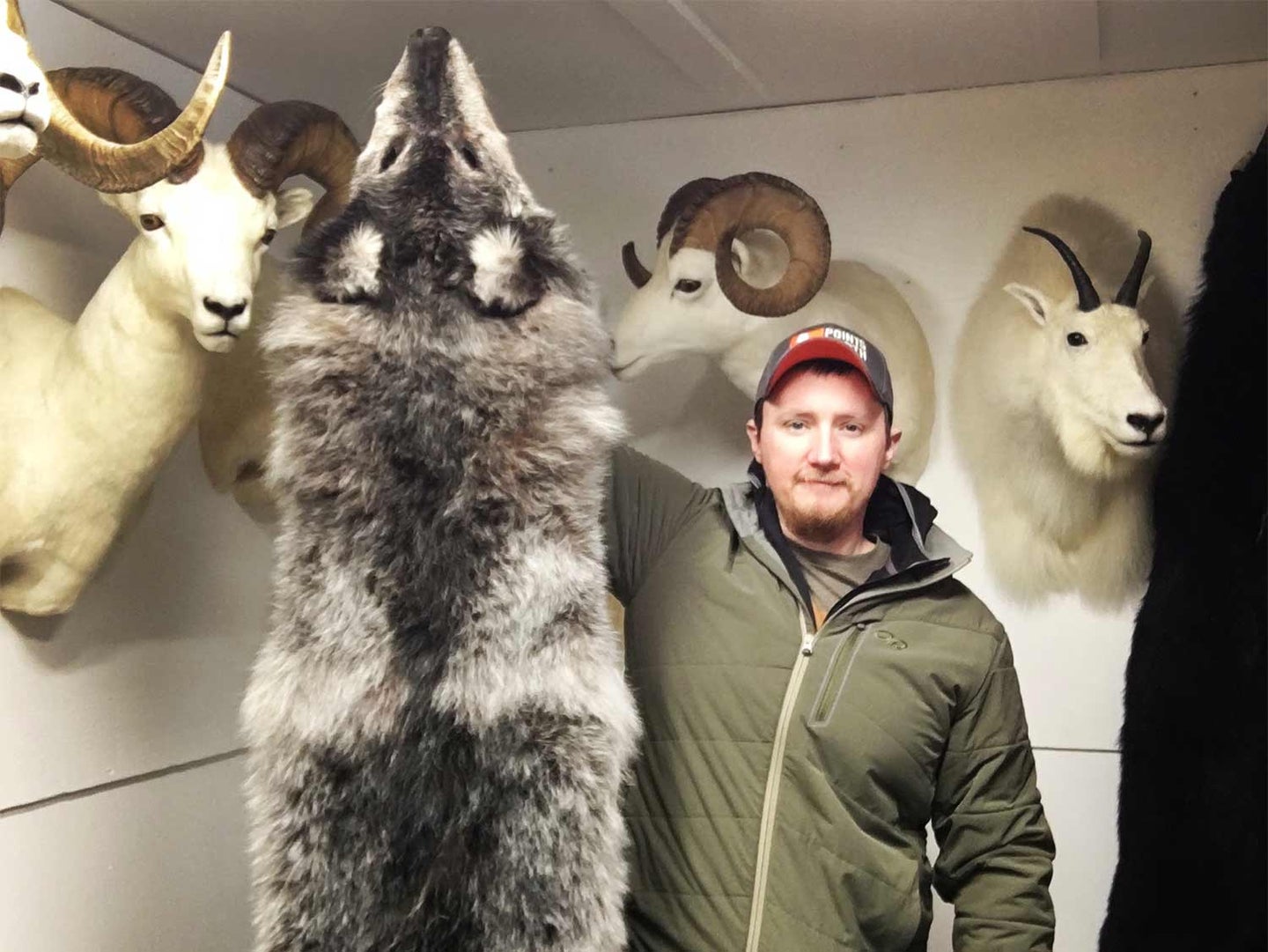 The author with a large wolf pelt. Tyler Freel
SHARE

I’m a firm believer that every outdoors person should at least try their hand at trapping. Many write trapping off as an obscure pastime, but even in areas lacking in high-dollar fur, there is a great deal you can learn about the woods and the animals in them by running a trapline. Although I haven’t been as active on the line for a couple years—and at best, I was a recreational trapper—it has greatly impacted my understanding of the outdoors.

In fact, every one of the most knowledgeable outdoorsmen I know trap, or have been trappers at one point. If you’re just starting out, you’ll likely find it much more difficult than you anticipated, with many lessons to learn. Here are 10 things I have picked up over the years that will help just about any budding trapper.

1. Get the Right Traps

If you don’t already know it, running a trapline is a ton of work. And it can be fruitless work if you choose the wrong gear. You want traps or snares that are the appropriate size, and will work for the conditions on your trapline, so the traps you need to pick depend on your target species as well as the environment you’ll be trapping in.

For example, for foxes, a proper foothold trap is something with a #1 ½ to #2 size coilspring. They are easy to hide, strong enough to hold a fox, and cause minimal damage to the skin. If a trap is too small for the target animal, you will have more misses and toe catches. A larger, #3 or #4 trap—that works great for coyotes—will catch and hold a fox, but there’s a greater chance of causing skin or bone damage.

Along with the properly-sized trap or snare, make sure everything is in good condition and working well. It’s very common to find used traps, and they work just fine if you check them beforehand. There are many great resources out there to help you select the right gear, and doing some research can save you a great amount of frustration and help you be a more responsible trapper.

This isn’t applicable to all species, however if you’re trapping canines (fox, coyotes, and wolves) you need to keep your gear and sets free of human scent. It’s a lot of work, but to clean trapping gear, most trappers boil their traps (sometimes with spruce boughs or other local foliage), then hang to dry. Once the traps and setting tools are boiled, handle them only with clean gloves (rubber in mild climates, and usually washable cotton gloves here in Alaska).

The quickest way to ruin a canine set is to touch anything with your bare hands or to touch your trap with the same gloves that you handle bait with. Most trapping manuals will have gear cleaning outlined, and you’ll develop your own preferences, but the more meticulous you are about keeping your gear clean, the more critters you’ll catch, so don’t slack.

For me, one of the hardest things about trapping is keeping my gear working. Each climate will have its own challenges for trapping, and if you want to maximize your chances for a catch, you need to learn how to keep your traps ready to fire. In interior Alaska, we trap in the snow, and we use it to bed and conceal our traps. We can easily run into problems if we get a big dump of snow, or if the weather warms up to above freezing, before freezing again.

That kind of freeze-thaw cycle can be a real challenge in certain areas, and you may even need to bring your own prepared trap bedding and concealment material or use different types of sets entirely. Do your best to learn the proper methods for making sets in your climate, and take extra care to re-set and keep traps working, even if it feels redundant. I’ve lost several animals over the years due to hoping a set was still working when I knew I should just re-set it after a dump of snow or warm spell.

Read Next: 4 Tips for Trapping Foxes and Coyotes

If it’s legal (and practical for your target species), snares are a great way to get started in trapping. Snares are much cheaper than traps, and a trapper on foot can carry many more snares than foothold or body-grip traps. They are also easier to learn with and will often stay working in conditions that will put footholds out of commission.

Snares are extremely effective for everything from fox and coyotes, to lynx, bobcats, and even wolves, and they will kill the animal quickly rather than just hold them by the foot. Many trappers use both footholds and snares, but some very serious Canadian coyote trappers use snares exclusively and catch coyotes by the hundreds.

I recommend building your own snares or buying snares made with high-quality cable, like you’ll get from Thompson Snares. Always anchor your snares to the highest point you can on a flexible sapling, or something that has some give to it. Also, try to set them in a spot with other trees or brush for the animal to quickly wrap the cable around. This will help kill them even more quickly with minimal damage.

There are lots of sets that a trapper can learn to make, and they vary greatly depending on the species you’re after and the environment. But if there’s one thing I’ve learned about that helps with almost any set, it’s what I call stepping sticks.

When making foothold sets, you are counting on your target animal to step on a couple square inches to set the trap off, or you will miss them entirely. It’s not as easy as it might seem, but by knowing how the animal behaves—and what kind of ground they like to walk on—you can direct their foot right where you want it. For example, canines typically prefer to put their feet on a clean, smooth, level surface, and lynx would rather step in a small depression or on top of a small mound. You can use this information along with stepping sticks to control how the animal walks into a set.

After I’ve located where to place the trap, the last thing I do is place the stepping sticks. I’ll put small clean sticks in the snow or on the ground anywhere I think the animal might want to step near the trap. (Often, I’ll use hard chunks of snow instead of sticks as a less-conspicuous option.) The final sticks, I’ll place angling upward in front of the trap, so the animal’s only choice for a clean step is to step over the sticks and onto the pan.

Stepping sticks are also great for snaring. I’ll usually place one or two small sticks under a snare to get the animal to lift it’s chin up and into the loop. But don’t block the trail. You want something small enough for them to just push through, but big enough for them to want to avoid getting hit with.

Most beginning trappers will be targeting either fox or coyotes at some point, and one of the most effective sets for them is the dirt hole set. It’s intended to look like another fox or coyote buried some food or was digging up some food in a small hole. The trap is bedded in the smooth, disturbed ground in front of the hole. Just about every trapping book or manual will have a variation of this, so learn it.

Your bait and lure can vary greatly, but one that I’ve come to rely on is cheap dog food. Throw a handful of it into the hole and scatter a few bits out in front of the set. If you can get them to pick up one piece of dog food, you’ll almost certainly catch them.

If you catch an animal in a ground set, you’ll typically have a drag circle, or a majorly-disturbed area around the set. Since we usually want to try to make our sets inconspicuous for animals like canines, you might think that you need to abandon it. Although some very wary coyotes or wolves might steer away from it, it always pays to reset the trap, and even place another outside the drag circle.

For fox and coyotes, it seems like catching one only makes the set better. It does create an eye-catching disturbance, but if you can keep it free from human scent, it’s now chock-full of fresh fox or coyote scent. Usually, the next one that comes along won’t be able to resist investigating. I’ve also found this to be true for elevated sets for marten and other animals, so keep them working.

Read Next: The Bushcraft Field Guide to Trapping, Gathering, & Cooking

Every trapper will usually have their “go-to” bait or scent for whatever animals they are trapping, but it pays to have more than one option. For example, when you’re running a line for fox or coyotes, you’ll often have a mix of dirt hole and urine post sets, but sometimes they just aren’t interested in what you’re dishing out.

I’ve had fox, coyotes, marten, and lynx, walk right down my trail past several sets before, pausing only to look at each set, but never committing. I’ve found that alternating your lure or bait every once in awhile can entice the odd dog to commit, even if he’s not interested in your go-to for whatever reason.

It’s probably safe to assume that most folks are going to be targeting canines, and one of the most effective things you can do is double up your sets. This seems to work best with dirt-hole and urine post sets, and often, you can catch more than one fox or coyote at a time. Make your primary set, then make another set outside the drag circle of the first (so you won’t catch the same animal in both sets).

10. Avoid Damage After the Catch

Over quite a few years of skinning or “putting up” other trappers’ fur, I’ve noticed that when pelts are damaged, it’s often because of poor handling after the catch. When you are trapping for pelts, you have a responsibility to do your best to get the most out of that animal, and care after the catch is critical.

In cold climates and/or when killing traps are used, the animal is often stiff or frozen. If you’re not careful about how you transport the animal, it can easily be damaged. Snowmachines are predominately used here in Alaska, and if a frozen catch isn’t wrapped and secured tightly, it will slide back and forth in the sled or trapping box and bits of hair will quickly rub off. Even small animals need to be cared for properly, and you want to avoid things like abrasion, or a warm animal freezing to your truck bed, etc.

Many wolf trappers in Alaska haul old sleeping bags or blankets with them. Wrapping even a frozen wolf in them will help prevent damage. Also, be careful that fragile parts are protected. A prime taxidermy wolf won’t be worth nearly as much if a frozen ear gets broken off. Take the time to care for your catch in the field, and it will make all the effort you spend on the trapline well worth it.