People Have Hit the SOS Button on Their Garmin InReach 10,000 Times

What can we learn from the thousands of SOS signals that have been sent from inReach devices around the world? 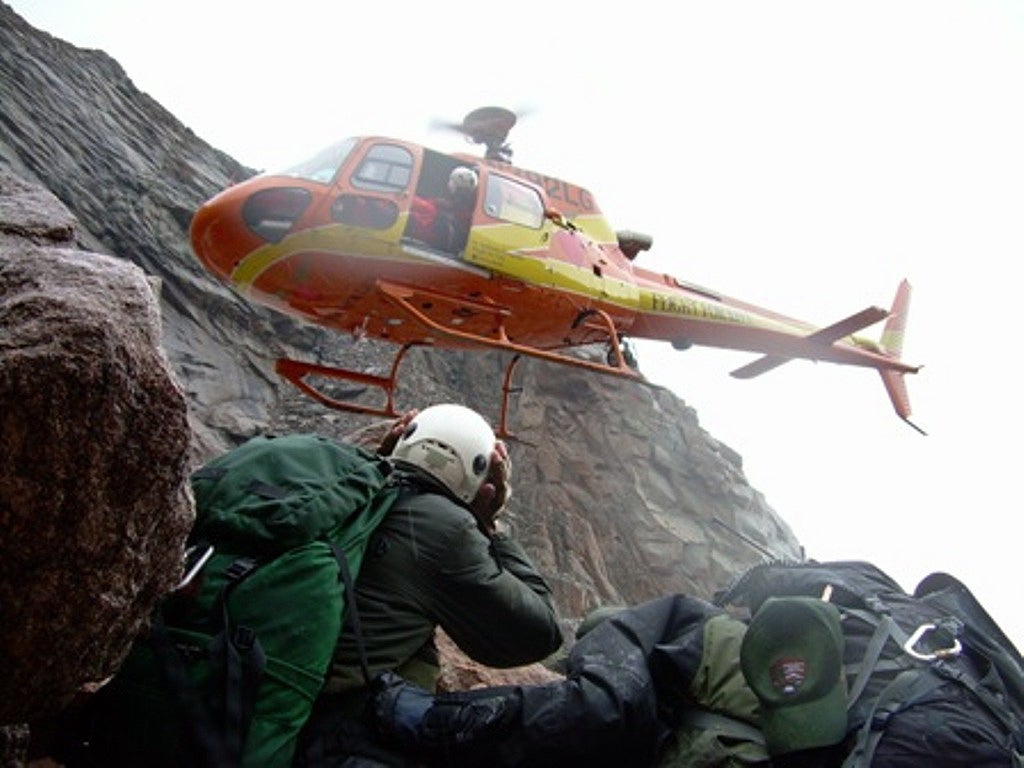 Many successful helicopter rescues in the backcountry started with the push of an SOS button. NPS
SHARE

Since launching in 2011, the Garmin inReach has become one of the gold standards of backcountry satellite communication. Outdoor Life has consistently rated the device as the best personal locator beacon on the market, but you don’t have to take our word for it. Last month, Garmin announced that the company hit a special milestone. 10,000 SOS signals have been sent from inReach’s all over the world—with roughly half of those sent in the last two years alone.

Many will view this as a sign that the inReach is saving lives (which is certainly true), and a recent story about a Wyoming hunter who accidentally shot himself during a bear attack is just one example. You could also read this as proof that more people are getting themselves into sticky situations (which is also probably true). Regardless, there are some interesting things to be learned from the sheer volume of SOS signals sent out by Garmin inReach users over the years.

What Happens When You Hit the SOS Button

Like many of the best personal locator beacons, the Garmin inReach uses the Iridium network, a series of 76 satellites orbiting the earth that can receive and relay both SOS and satellite communication systems. Signals from inReach devices are then sent to the Garmin International Emergency Response Coordination Center (IERCC), which is staffed 24/7 and helps coordinate with the best emergency responders for your situation (which can vary widely depending on where you are in the United States, or in the 150 countries where they have worked with rescuers). They can also text with you directly via your device to learn more about your situation.

What Were People Doing When They Sent an SOS?

Hikers/backpackers were by far the most likely to hit the SOS button on their inReach, which makes sense given that hiking is one of the most popular outdoor activities. Interestingly, however, Garmin notes that 12 percent of the SOS signals came from individuals who were driving (with motorcyclists not far behind) and needed roadside assistance while out of cell service. If you’ve been putting off purchasing a satellite messenger or upping your subscription because you aren’t straying far from your car, it might be time to think again. People were twice as likely to hit SOS because of a vehicular accident than because they were lost.

Where Are People Getting Rescued

The Garmin Response Center has received SOS signals from every corner of the world—from places as far flung as Antarctica and Greenland to major metropolitan areas like Los Angeles. But popular mountainous regions for recreating, including the Sierra and Cascade ranges, European Alps, and New Zealand, make for a disproportionate number of SOS signals.

Of course, if you are hiking along the Pacific Crest Trail in summer, then the odds that you’ll be having a solitary wilderness experience are significantly lower than if you were out forging your own path in Alaska’s Brook Range. The numbers also show that a significant number of people have had SOS called on their behalf by a good samaritan with a satellite communication device. Almost a quarter of all SOS signals came from a third party (as opposed to the inReach subscriber or a member of their party). Carrying a satellite communication device could save your life. It could also save someone else’s.

Not surprisingly, most people hit their SOS button because they either got injured or were facing a medical emergency (which could include anything from altitude sickness, gastrointestinal issues due to bad water, or other medical ailments not related to the adventure at hand). Interestingly, wildfire accounts for a not insignificant percent of SOS incidents, a number that may continue to grow as fire season expands past its traditional seasonal boundaries in the West.

Should You Carry a Garmin InReach?

Our team took a look at the latest iteration of the Garmin inReach Mini 2 at the beginning of this year and came back impressed—it’s one of the smallest, lightest satellite communication devices available, so even the gram-counters don’t have an excuse not to carry one. There is also another story that the numbers above don’t capture: The number of people that received assistance from off the grid who didn’t resort to hitting their device’s SOS button. That’s one advantage of a satellite messenger like the Garmin inReach over a traditional PLB unit. You have the option to reach out to someone in the frontcountry without necessarily triggering an SOS incident response and all the fanfare and unknown costs that come along with that. So if you’re low on supplies and need someone to come snag you from a remote forest service road, or you are looking at a busted axle after hitting that pothole a little too fast, you can message your frontcountry contact and sit tight until they arrive. And if something bigger goes wrong? You’ll be glad to have that SOS button.