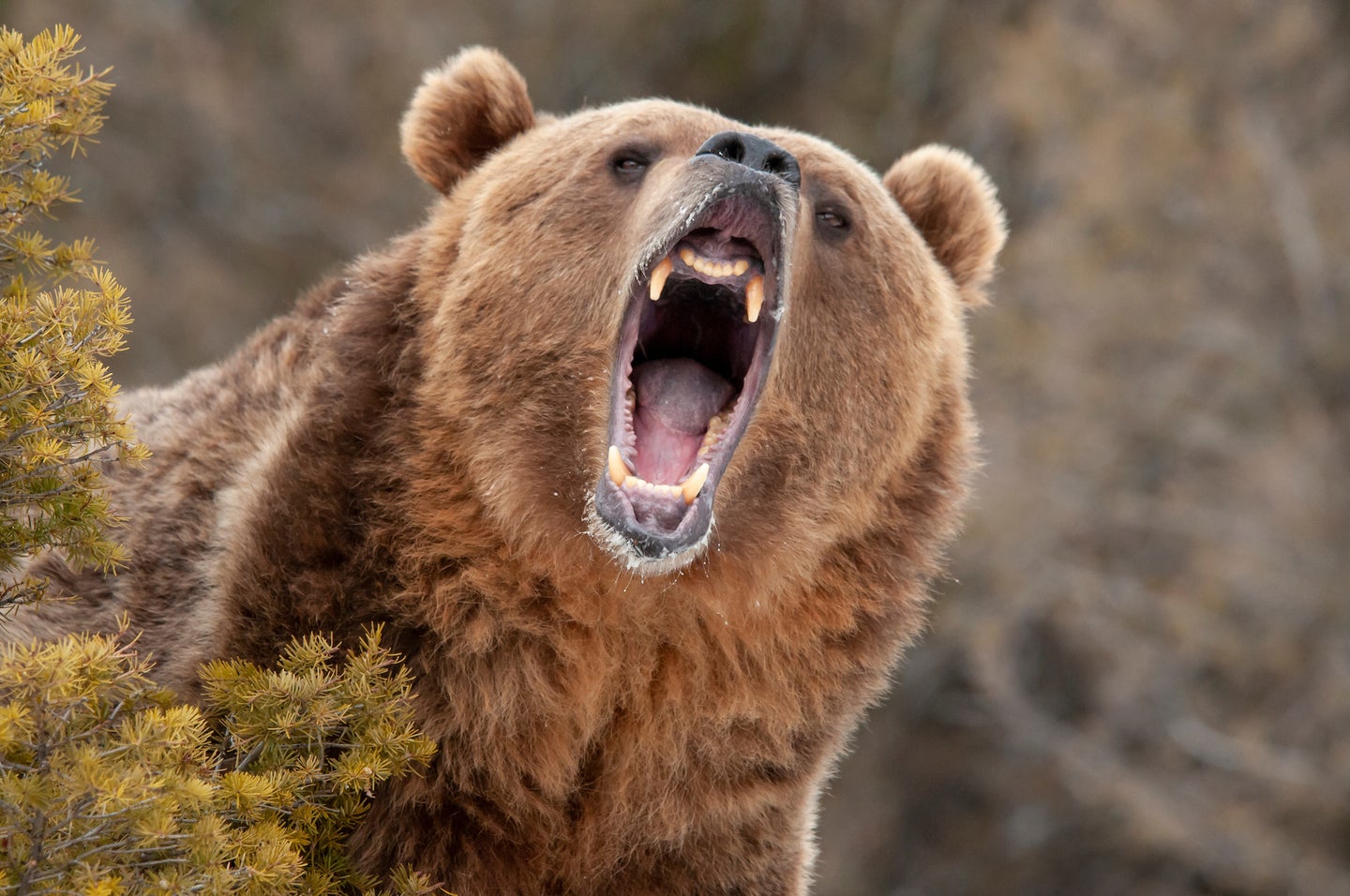 This is the second time that a grizzly has attacked a hunter in western Wyoming this month. seread / Adobe Stock
SHARE

A 65-year-old Wyoming hunter was life-flighted to a hospital in Utah on Friday after he accidentally shot himself while being attacked by a grizzly bear. With the help of an SOS device, the hunter’s son worked with the Sublette County Sheriff’s Office and Tip Top Search and Rescue to coordinate a helicopter rescue that evening.

Lee Francis, of Evanston, Wyoming, was with his son in the Rock Creek area of the Sawtooth Mountains on Oct. 21 when he was attacked by the bear, according to a press release from the sheriff’s office. The bear ran away after Lee drew his pistol and fired several rounds. The hunter’s current condition remains unknown.

“He was trying to kick the bear off of him when the round hit his leg,” SCSO public information Travis Bingham told Cowboy State Daily over the weekend. Bingham clarified that Francis was using a 10mm handgun.

“Lee was able to draw his handgun and fired several rounds which caused the bear to disengage and flee,” the sheriff’s office explained in the press release. “However, one of the rounds struck Lee in the lower leg.”

Although he injured himself in the process, firing the pistol could have very well saved the man’s life. The fact that his son was there to help, and that they were carrying a Personal Locator Beacon, also made a difference.

Lee’s son “quickly activated his SOS device,” according to the sheriff’s office. He administered first aid to help control the bleeding, and then he helped his father up onto a horse. The two men met the Tip Top Search and Rescue Crew at Water Dog Lake around 9:30 p.m. that evening. Crew members then transported the wounded hunter via UTV to Flying A Ranch, where a life flight helicopter was waiting.

“Lee was then flown to the University of Utah hospital for further treatment while a TTSAR member accompanied his son and horses back to the trailhead,” the sheriff’s office said.

Game wardens with Wyoming Game and Fish were notified soon after the incident, and the agency said that it planned to look for the grizzly bear over the weekend. It’s unknown if the bear has been located yet.

This is the second grizzly attack to occur in western Wyoming this month. The previous incident occurred only six days prior on Oct. 15, and it took place in the Shoshone National Forest southwest of Cody. That bear attack involved a group of four college wrestlers, two of whom were mauled. They were each carrying bear spray and one even had a handgun at the time, but the attack was too sudden for any of them to deploy it.