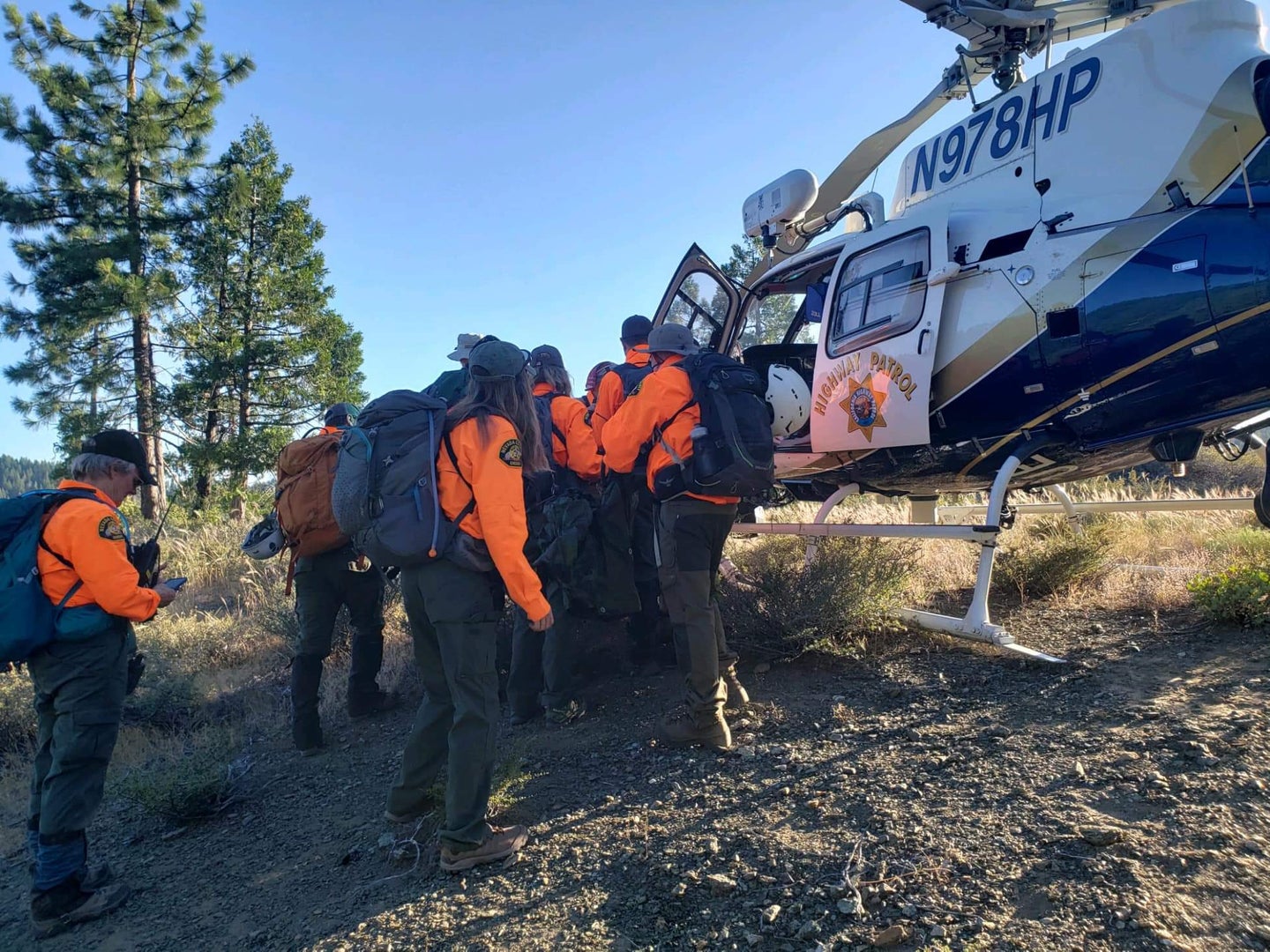 The man was airlifted from the forest that same day. Nevada County Sheriff's Search and Rescue
SHARE

One man’s best friend saved the day—and possibly his life—by running for help when the man fell and injured himself in Tahoe National Forest last week. Saul, a black border collie, was hailed as a “true Lassie” by Nevada County Sheriff’s Search and Rescue after he led a search-and-rescue crew 200 yards through the forest to where his owner was lying with broken ribs and a broken hip.

The 53-year-old man, whose name has not been released, was hiking in the national forest on July 13 when he fell approximately 70 feet from atop a ridge. He was then able to crawl back to his camp, where he had enough of a cell signal to call 911 and alert authorities. A search-and-rescue team comprised of 25 volunteers took to the woods soon after, and about seven hours later, they stumbled upon Saul.

“The dog jumped up and down, spun around in circles, and ran 20 feet ahead of them,” said Sgt. Haack, who was communicating with the team from a nearby command post. One of the volunteers radioed Haack and told him they were going to follow the dog as they believed he was trying to lead them somewhere.

“We didn’t put a whole lot of faith in it,” Haack told the New York Times. “But I do put a lot of faith in our searchers because they’re extremely good at what they do.”

Not only did Saul lead the team directly to his owner, but he did it so quickly that the man was airlifted to a hospital within eight hours of when he first called 911. The dog spent the night in the care of a nonprofit in Grass Valley, where he received a “well-deserved dinner,” Haack said. He was reunited with his owner the following day.

Dogs Have a Deeply Ingrained Desire to Help Their Owners

While there are countless examples of canine companions coming to their owner’s aid, Saul’s ability to seek help and lead rescuers to his owner isn’t as common as we might like to think. Research conducted at Arizona State in 2020 showed that in a similar circumstance, only about a third of dogs would attempt to find help on their own, according to Science Daily.

Still, researchers found that a dog’s reaction to its owner being in distress had more to do with its training and its ability to understand than its desire to help the person. Tests showed that most dogs want to rescue their owners if given the opportunity—they just need to know how. (This is also where breeding comes into play, and it’s important to note that border collies are consistently ranked as the most intelligent dog breed in the world.)

“What’s fascinating about this study is that it shows that dogs really care about their people,” one of the lead authors of the study wrote. “Even without training, many dogs will try and rescue people who appear to be in distress—and when they fail, we can still see how upset they are. The results from the control tests indicate that dogs who fail to rescue their people are unable to understand what to do—it’s not that they don’t care about their people.”