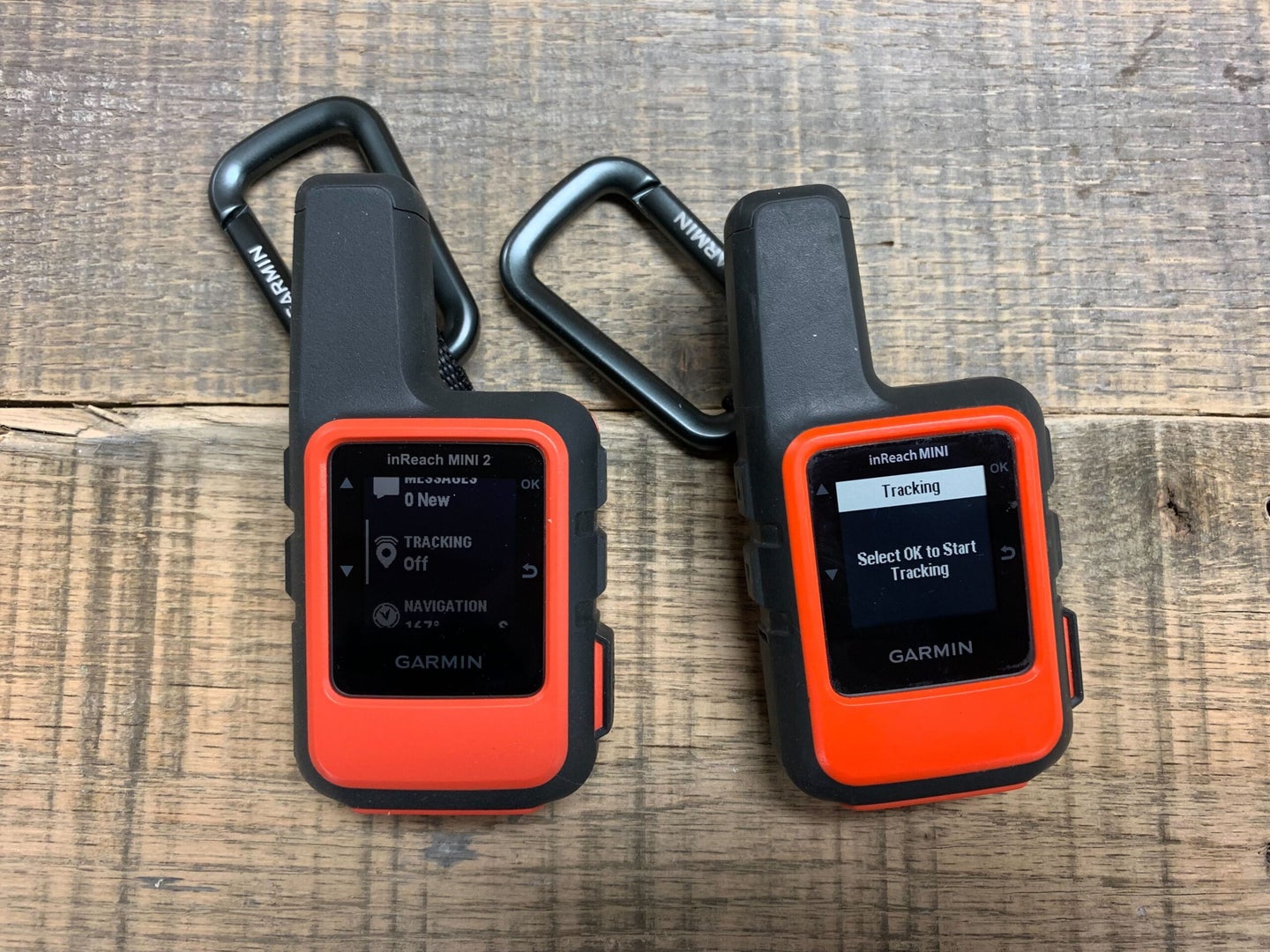 Not long ago, satellite messaging was a new consumer technology. Garmin first introduced their InReach in 2017 after acquiring DeLorme. Before these devices became available, communication from no-service areas was mostly limited to satellite phones. I spent a lot of years packing around an expensive satellite phone on sheep hunts and other backcountry trips, and I was glad to have more practical options. Satellite phones are expensive, their plans are expensive, and they don’t have any navigational functions.

I bought an inReach EXPLORER+ when they first came out, and immediately saw the value in having a communication device that was more affordable, durable, and functional for navigation, messaging, and even getting weather forecasts. In the event of an emergency, the inReach Device also has an SOS button that initiates a rescue. I started bringing it on every trip, keeping it in my life jacket on the boat, and even road-based trips in areas with spotty cell service.

Garmin introduced the inReach MINI in 2018, and I started using it the following year. The MINI was smaller and more affordable than the EXPLORER+, and—at about 4 ounces—just over half the weight. With the included carabiner, it’s easy to clip on a pack strap and forget about it. The biggest operational difference between the MINI and EXPLORER+ was the on-device operation. Both are designed to interface with your smartphone via the Garmin Earthmate app, but the EXPLORER+ features on-board map navigation and more traditional GPS functions. The MINI has the capacity for operation on-device, but it’s designed to be used most-efficiently with your phone.

Just released, the new inReach MINI 2 is designed to be an even more optimized GPS/satellite communicator, with tangible improvements in several areas. I got to take a sneak peek at the inReach MINI 2 and compare it directly to my original MINI.

The display and user interface have been cleaned up on the InReach MINI 2, however. On the MINI, it was possible to utilize functions such as messaging and directional waypoint navigation with just the unit, but it could be frustrating at times if you couldn’t use your smartphone to message or look at maps—or to navigate with just the device if you didn’t have a compass. The MINI 2 features some changes that make it significantly easier to use independently should your phone or watch go down.

The display and menu are similar on the inReach MINI 2 and MINI in that they display scrolling options, but the format on the MINI 2 is more like that of Garmin’s watches. Rather than only looking at one menu selection at a time, the MINI 2’s display allows you to see previous and next choices in more of a list format. I found it to be significantly more intuitive and user-friendly to navigate than the original MINI. I quickly and easily marked waypoints, retrieved weather forecasts, and navigated all on the device. You can send pre-composed messages quickly from the device and compose messages on the unit itself, but the latter is still time consuming. When paired with a Garmin watch, you can utilize many of these functions and see messages through your watch.

To achieve maximum potential use, the inReach MINI 2 still needs to be paired with your smartphone via the Garmin Explore app, especially for more complete GPS functions and mapping. Moving to the Garmin Explore app from the Garmin Earthmate app is one difference that users will notice. Units like the GPSMAP 66i already use the Explore app, and it’s very user-friendly. You can choose to download a variety of map layers including Topo North America, USGS Quad Sheets, and even aerial imagery for some areas. Messaging, SOS, and all other functions are most-easily used through the app, but the MINI 2 is certainly easier to use without a mobile device than the MINI.

The inReach MINI 2 features an improved trackback function that allows you to navigate back along a course you’ve already plotted. You may have gone the wrong direction and need to retrace your steps. The original MINI has the trackback feature, but it only worked when you had active tracking turned on. The “passive” trackback on the MINI 2 temporarily stores your track line whenever the device is turned on so that you can backtrack, even if you haven’t had active tracking enabled. If you need to retrace your steps, you can recall them for up to 24 hours.

One drawback to the original MINI is the lack of any map that’s usable on the unit itself. You won’t see any on-board topo maps, but the InReach MINI 2 features a breadcrumb-style map, what older GPS units like the early eTrex units used. The screen will display waypoints and track lines, but no topographical or other map features. Still, you can use the map for basic navigation along track lines and to waypoints if you need to.

Another addition to improve on-device navigation for the MINI 2 is an electronic compass. You don’t need to be moving for the compass to work. A working “thumbnail” compass is visible on the Navigation tab of the main menu, but you can also select the full-screen compass and set it to true or magnetic North and lock your heading into the compass display.

To make location acquisition and satellite connection faster, even in the most remote places, the inReach MINI 2 connects to three different satellite networks in addition to GPS and Iridium communication satellites. You might not see a perceptible difference in connection times in some areas, but in steep mountain canyons, or other areas with limited direct visibility of the sky it can make a big difference.

For anyone hunting or traveling in remote country for an extended period-of-time, battery life is a critical factor to consider. The most significant drawback I found with the inReach MINI is that it has less battery life than my EXPLORER+. Battery life is certainly subjective according to use, but the difference was notable enough that I switched back to using the EXPLORER+ for longer hunting trips.

When I say battery life is subjective, I mean that depending on what functions of the device you are using and how much you are messaging, your battery life will vary. As a baseline though, the Garmin inReach MINI 2 batter life claims to be 30 days of on 30-minute tracking interval mode, and 14 days of juice on the default 10-minute tracking mode. It’s also supposed to hold a charge well when powered off too-one year to be exact.

The inReach MINI 2 and MINI both use the same 1,250 mAh battery, but the MINI 2 has been revamped to be more efficient. It features a new processor that’s optimized for battery performance and longevity. It can be difficult to quantify exactly how much more battery life each user will see, but it’s a significant upgrade.

Messaging and message checks, navigation functions, and retrieving weather reports are certain to shorten that battery life, but most of us won’t leave it on 24/7. I can tell you that the battery life is significantly better with the MINI 2 than the MINI. As I write this, I’ve had the InReach MINI 2 powered on for four days—indoors and out—even in temperatures below 0°F. I’ve sent messages and used some of the navigational functions, and the battery is still at 72 percent. I turned my inReach MINI on roughly 24 hours ago and without messaging, it’s down to about 50 percent power already. This is somewhat anecdotal, especially given that the battery on my MINI is older, but it is a substantial difference.

What the Garmin inReach MINI 2 Does Worst

Although a breadcrumb map is a step in the right direction, it would be helpful to have a basic topographic map on the unit, even with the small screen. The other potential drawback is that the device is still meant to be used in conjunction with a smartphone and the Garmin Explore app. It can still be used in minimalist fashion, but you won’t have access to the full power and function of the MINI 2 without using it with a smartphone.

What the Garmin inReach MINI 2 Does Best

The inReach MINI 2 improves upon the original inReach MINI’s shortcomings while coming in a virtually identical package. Hardware optimization has greatly improved the battery life, and on-device functionality is much better than the MINI. The compass, bread crumb mapping, and passive trackback features all help make this the one of the best GPS/communicators in its size class.

With the technology available now, there’s no excuse to go without some form of communication when you head off-grid. Being able to check in brings great peace of mind for both the user in the field and their friends and family at home. The ability to summon a rescue in an emergency is an invaluable asset. Combined with GPS navigational tools, that gives just about anyone a highly useful and valuable tool.

Through several years of using Garmin GPS units in remote places and harsh climates, I’ve found the Garmin inReach devices to be durable and dependable. The improvements I see in the inReach MINI 2 compared to the MINI optimize the unit. The optimized battery power and user-friendly on-device navigational features make this an even more useful and versatile unit. At about $50 more than the original MINI, the inReach Mini 2 is well-worth that bump in price. It’s one of the best handheld GPS options available for anyone looking for a lightweight, compact, and dependable satellite communicator.