Police found the man unconscious and in cardiac arrest, with a massive snake wrapped around his neck 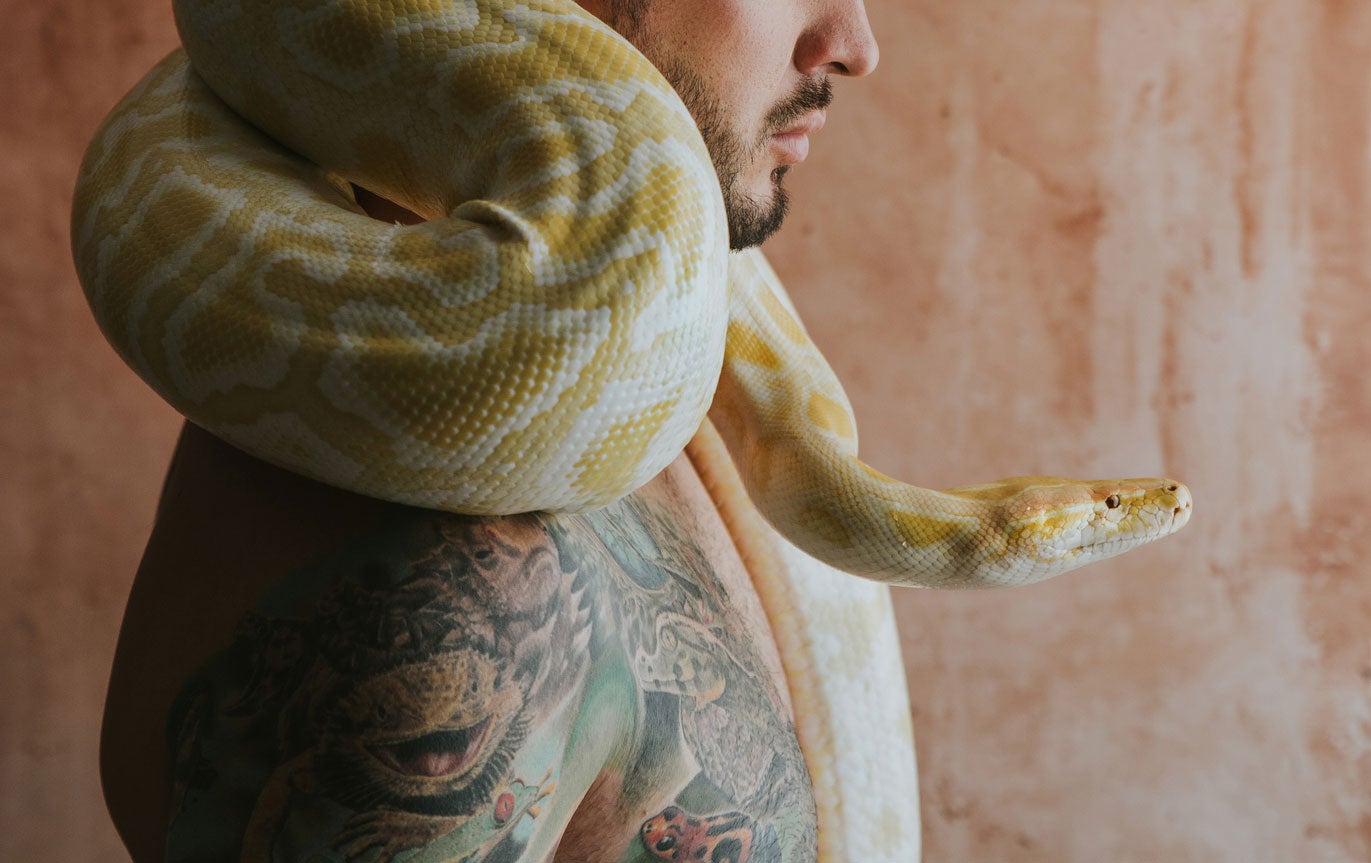 Update: The Lehigh County Coroner’s Office announced earlier today that the 27-year-old man died yesterday morning at LeHigh Valley Hospital. This was four days after a police officer shot the 18-foot boa constrictor that was wrapped around his neck. The cause of death was listed as anoxic brain injury due to asphyxiation by constriction, according to CBS News.

July 22, 2022. An unidentified man was nearly killed by a large constrictor snake July 20 before police arrived at his Allentown, Pennsylvania home following an emergency call. The Washington Post reports that the 27-year-old man was found lying on the floor with a giant snake wrapped around his neck.

The man was half in a bedroom, half in a hallway, Lt. Peter Nickischer with the Upper Macungie Township police department told the media. Officers peeked around a doorway and the snake was looking at them, its large mid-section tightly wrapped around the neck of the man. He was reportedly unconscious and in cardiac arrest.

“The officer peeks around the edge of the doorway and the snake is looking at him,” Nickischer told the Post. “The officer had to make a split-second decision and luckily, because of the distance between the victim and the head of the snake, the officer was able to fire one shot that injured the reptile.”

Nickischer said the snake then released its grip on the man, slithered away, and police officers were able to drag the man away and render medical assistance, saving his life.

The man was taken to the hospital and remained there through at least July 21, his condition unknown.

The snake, which had been the man’s pet, died from the gunshot wound. The snake species was not identified. But given its massive body and length, a constrictor such as a python, boa, or anaconda are the mostly likely species. How the huge pet snake became wrapped around the man’s neck is unknown.

Nickischer commended the officers for saving the man’s life.

“They went in, they saw an opportunity to save a man and they showed a lot of bravery,” he told The Post. “I’ve been doing this job for 19 years and this is the first time I’ve seen anything like this.”

Unfortunately, pythons and other large constrictor snakes are popular pets in the U.S. These snakes are generally docile but when they grow to enormous sizes, they become too much for their owners to handle. Often they are released into the wild where they wreak havoc on native wildlife. Florida researchers recently caught the largest python on record in the Everglades. That snake was nearly 18 feet long (see photos of it here).

Snakes like pythons kill their prey by coiling around the animal (or in this case, human) and squeezing. Because they typically kill their prey before swallowing, they can consume large meals. A recent study published in the Journal of Experimental Biology found that large constrictors “can exert pressures dramatically higher than their prey’s blood pressure, suggesting that constriction can stop circulatory function and perhaps kill prey rapidly by over-pressurizing the brain and disrupting neural function.”

That study concluded: “The world’s largest snakes are capable of quickly incapacitating large and potentially dangerous prey by causing multiple kinds of injuries. The dynamic interactions, movements, and resulting postures that occur during predation probably determine which kinds of injury occur, are most severe, and subdue the prey most rapidly. Furthermore, these diverse effects may be important to recognize and treat properly in those rare cases when large constrictors injure humans.”