This Ultramarathoner Was Attacked by a Coyote During a 150-Mile Race. He Thinks It Wanted His Energy Bar

"I've been attacked by a shark, and now a coyote. Both incidents were terrifying." 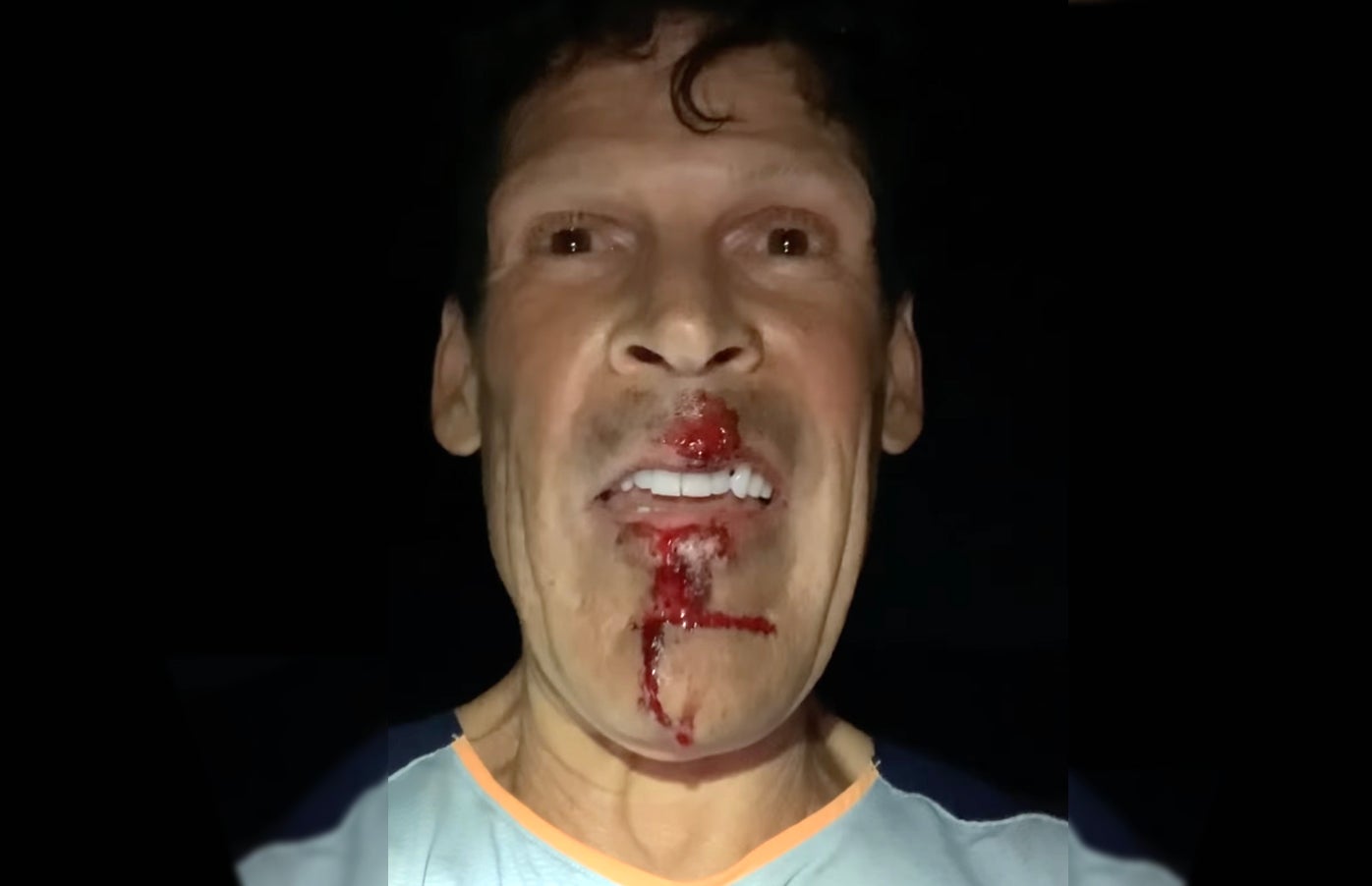 Ultramarathoner Dean Karnazes said he was attacked by a coyote around 3 a.m. during a race.
SHARE

A well-known ultramarathon runner was attacked by a coyote during the Headlands 150-mile Endurance Run that took place last week in Sausalito, California. Dean Karnazes said the incident, which took place around 3 a.m. on Friday, was terrifying. While it likely caused him to drop out of the race, Karnazes did not sustain any life-threatening injuries during the attack.

The 59-year-old runner took to Instagram after the incident and posted a video of his bloodied face. Karnazes noted that he had trekking poles with him, which he used to hit the coyote and scare it off.

“Not sure what I’m going to do,” Karnazes says in the video, “but I guess I gotta keep going or else it will probably come back for me.”

The attack occurred near the Golden Gate Strait and San Francisco Bay area. “I was running and I heard some footsteps behind me, I thought it was a big dog on the trail and I turned to look and it was a coyote,” Karnazes said in an interview with NBC Bay Area. He said the coyote knocked him over when it attacked, and he thinks that the animal was going after the energy bar he was about to eat.

Karnazes said he knows that some people feed coyotes on the trails in the Marin Headlands area, and that clearly the animals have become accustomed to it. In a second Instagram post, he called out the practice and asked people to stop.

“If you see someone feeding a coyote, please say something,” he wrote. “The local Rangers are doing the best they can, but we trail runners are out in these areas more than anyone.”

Read Next: The Worst Coyote Attacks

His sentiment was echoed by state wildlife officials. “Conflict with coyotes stems from people feeding them. Coyotes see opportunity. They get conditioned to think they can get food from us they’re going to keep pushing that boundary,” said Ken Paglia of the California Department of Fish and Wildlife.

There were no results for that race on Ultrasignup for Karnazes, as Canadian Trail Running reports, and he appears to have dropped out. Karnazes is an icon in the world of ultramarathon running. Among his many accomplishments is completing a run to the South Pole, along with running 50 marathons in 50 states over 50 consecutive days.