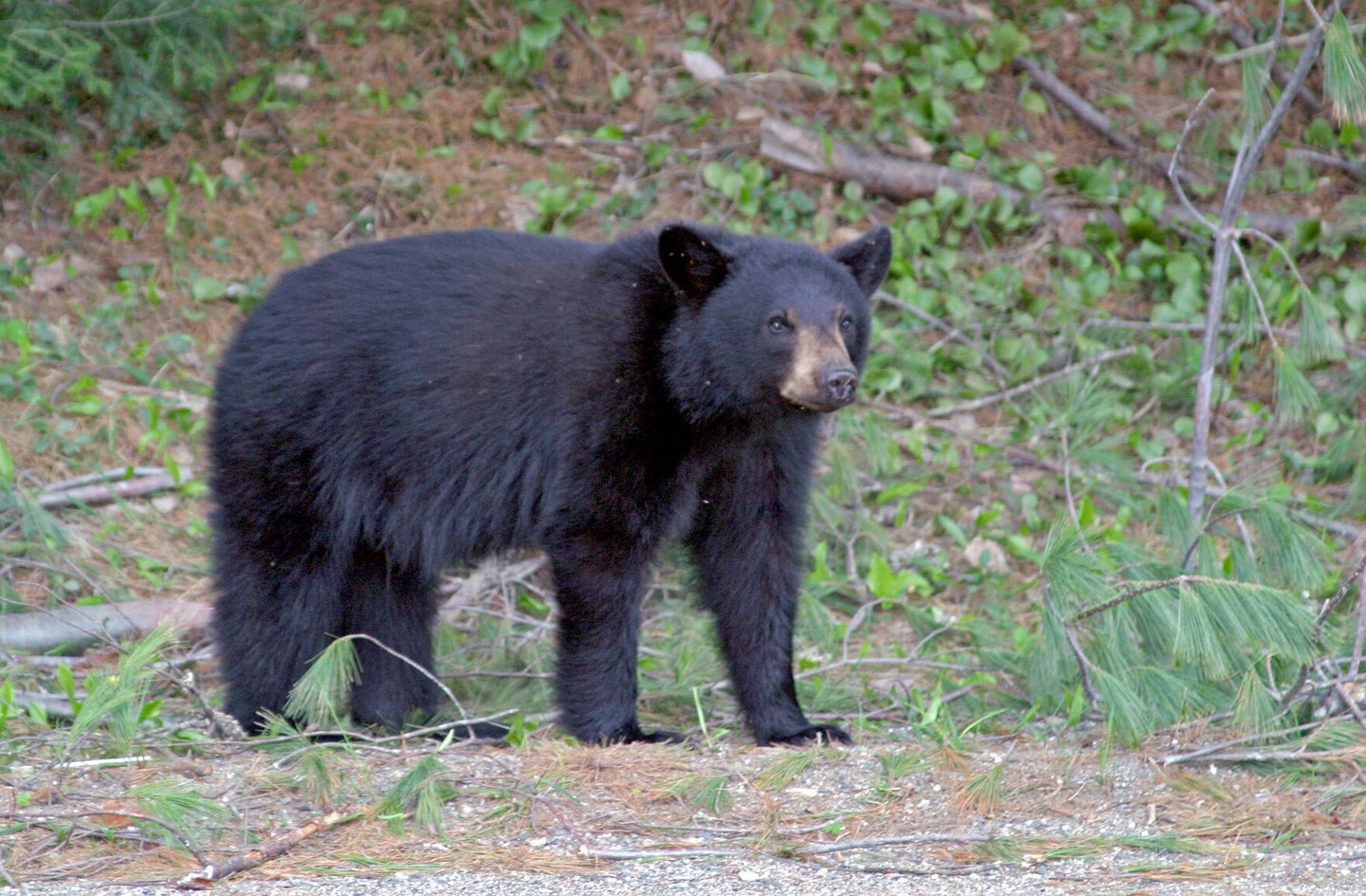 A New Jersey woman was attacked by a young black bear in the late afternoon of May 11, according to a report by the New Jersey Herald. The unidentified Sussex County woman was injured and hospitalized, said Larry Hajna, a spokesman for the New Jersey Department of Environmental Protection.

Hajna said the woman was checking her mail on a farm lane when she encountered the 150-to-200-pound bear at about 4:30 p.m. New Jersey State Police trooper Brandi Slota reported in an email that the woman was walking on Gorney Road when the animal “charged and attacked her.” The incident occurred near Lafayette, a rural township in the Skylands Region of Sussex County, approximately 50 miles northwest of New York City.

The bear wounded the woman on her right arm and buttock and has been released from the hospital with non-life-threatening injuries, according to Slota and Hajna.

The bear that attacked her was with two other bears, according to Hajna. The bears spooked when a neighbor saw them and honked a car horn to chase them away from the woman. State wildlife officers set a bear trap in the area where the woman was attacked. If caught, the bear will be killed according to DEP policy with animals showing aggressive behavior and are a threat to people and property.

This is at least the third incident this year with aggressive black bears in Sussex County. A small dog was killed by a bear near the town of Sparta on January 19. Just two weeks later another larger dog was killed by a bear, and its 81-year-old owner injured when she and the dogs discovered the bear in a home garbage can. Also in Sussex County in early May, a 90-pound young bear was seen and photographed with a plastic chicken feeder stuck around its head while climbing on a back porch railing of a rural home. The bear was later trapped and tranquilized so the chicken feeder could be removed.

“It appeared unharmed and healthy and was released into a wooded area,” spokesman Hajna said about the chicken feeder bear.

The current New Jersey black bear population is estimated at 3,100 animals, which is more than twice the 2018 estimate of 1,520 bears, according to Richard Northrup, a professor in the Rutgers Department of Ecology, Evolution and Natural Resources, reports the New Jersey Herald.

Bear hunting was reintroduced in New Jersey in 2003 to help control the growing bear population after a nearly three-decade hiatus. However, black bear hunting is no longer allowed in the state. The governor emphasized the use of non-lethal tactics. According to Northrup, about 40 percent of New Jersey black bears were killed on public land before Governor Murphy outlawed it. No black bear hunting is allowed in the state without a properly-promulgated CBBMP proposed by the New Jersey Fish and Game Council and approved by the Commissioner of the New Jersey Department of Environmental Protection.

Note: An update was made to this article to clarify the black bear hunting laws in New Jersey.