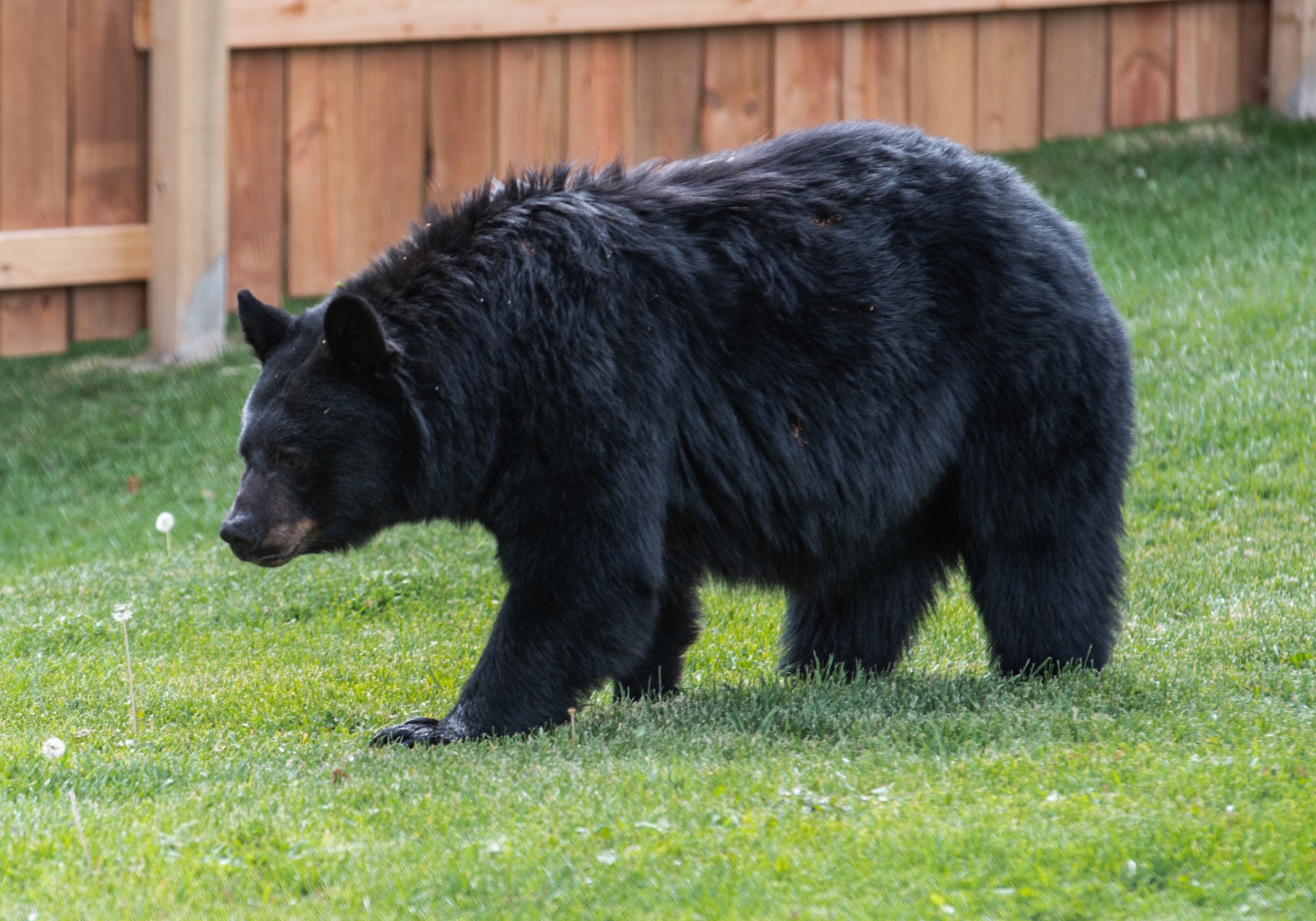 A Leavenworth, Washington woman was letting her dog out at her home near Blackbird Island around 7 a.m. on Saturday, Oct. 22 when she noticed a black bear sow with two cubs in her yard. The sow quickly ran up to her and knocked her to the ground, according to the Washington Department of Fish and Wildlife. It then bit into her leg.

The woman’s injuries were deemed non-life-threatening and she is receiving medical treatment at a hospital in Wenatchee.

“We are extremely thankful that the victim is receiving medical care from this unfortunate encounter,” said WDFW Captain Mike Jewell. “Public safety is our priority; our officers and staff were quick to mobilize to locate the animal and secure the scene.”

The woman didn’t just lay down and take the bear’s aggression, though. She fought back, and her response to the situation might have saved her life.

“She was only out there for a moment when she felt something jump on her from the back,” WDFW wildlife biologist Richard Beausoleil told KING-TV of Seattle. “[The bear] pushed her to the ground, bit her in the leg, and it was just instinct for her. She just turned around and popped it right in the nose…it sort of shook and took off running. So she did everything right.”

Beausoleil noted that the bear was “42 percent larger than she should have been, and this is because of attractants.” Officials captured the overweight sow using a Karelian bear dog and euthanized it, since the bear had become food-aggressive. The two cubs were also tracked down and relocated to a wildlife rehabilitation center. But the larger issue of bears becoming habituated to human food sources remains.

This attack comes amidst a long season of aggressive bear encounters across the country. From backcountry grizzly attacks in Alaska, Wyoming and Montana, to other black bear run-ins in Washington (who recently did away with their spring black bear hunt), Colorado, and New Mexico, tensions between Ursa major and Homo sapiens seem to be on the rise. Bears should be retreating to hibernation soon, but they are especially food aggressive before that time during the hyperphagia phase.