Colorado Woman Attacked by a Black Bear in Her Backyard 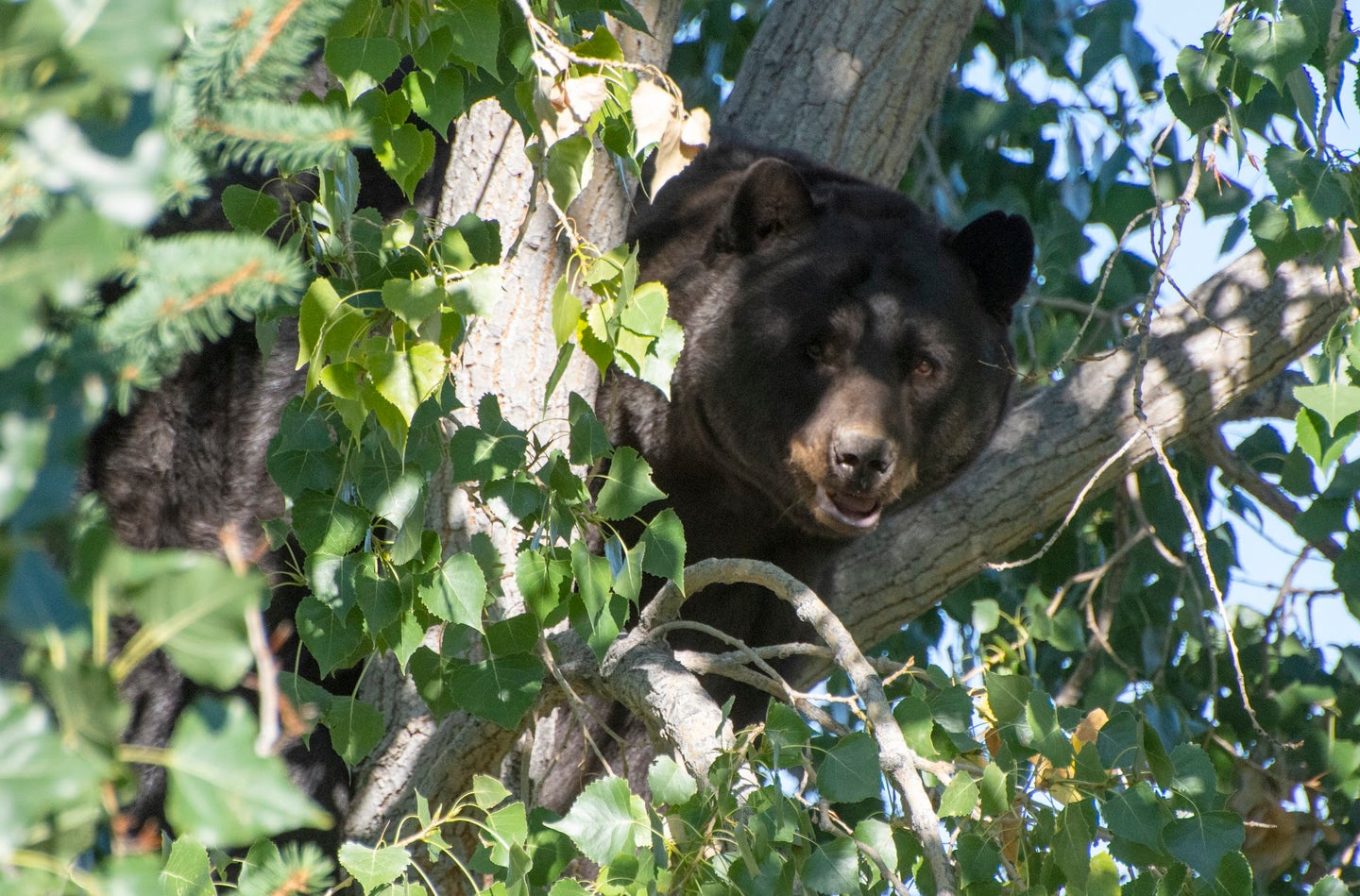 There is typically an increase in conflicts between Colorado's black bears and humans as summer transitions into fall. Jason Clay / Colorado Parks and Wildlife
SHARE

A woman in New Castle, Colorado, was attacked by a black bear in her own backyard sometime after midnight on Aug. 31. Officers with Colorado Parks and Wildlife assisted local enforcement in their response to the incident, and the woman was transported to a hospital with serious injuries that included lacerations on her arm and back.

According to a press release from CPW, the woman walked outside her home and into the backyard around 2 a.m. on Wednesday. She went to fix the lid on her hot tub when a black bear came out of the trees and charged her.

“The bear, later determined to be a sow, swiped at the woman, hitting and severely lacerating her arm,” according to CPW. “The victim was able to get away from the bear and inside her home where she called 911.”

Officers with the New Castle Police Department responded to the call and contacted CPW after finding four bears—the sow and three cubs—near the home. When wildlife officers arrived at the scene around 3 a.m., they were at first unable to determine which bear was responsible for the attack. They euthanized one of the cubs and instructed a police officer to shoot and kill the sow, which was found in a tree nearby.

Further investigation by CPW revealed that the sow was the only bear involved in the attack. The other two cubs were tranquilized and transported to a rehabilitation facility.

This week’s incident in Colorado follows another altercation that took place in Steamboat Springs on Aug. 13, when a 400-pound black bear entered a man’s home through an unlocked front door. The homeowner, Ken Mauldin, killed the bear after shooting it nine times with a .40 caliber Glock pistol.

The week after that Aug. 13 incident, CPW sent out a press release reminding people to stay bear-aware, as there is typically an increase in conflicts between humans and bears during the transition from summer to fall.

“Black bears in Colorado are entering hyperphagia and will spend up to 20 hours a day trying to eat more than 20,000 calories to fatten up for winter,” CPW explained. “As bears start to prepare for hibernation and hunt for food, Coloradans may see more bear activity in urban areas.”