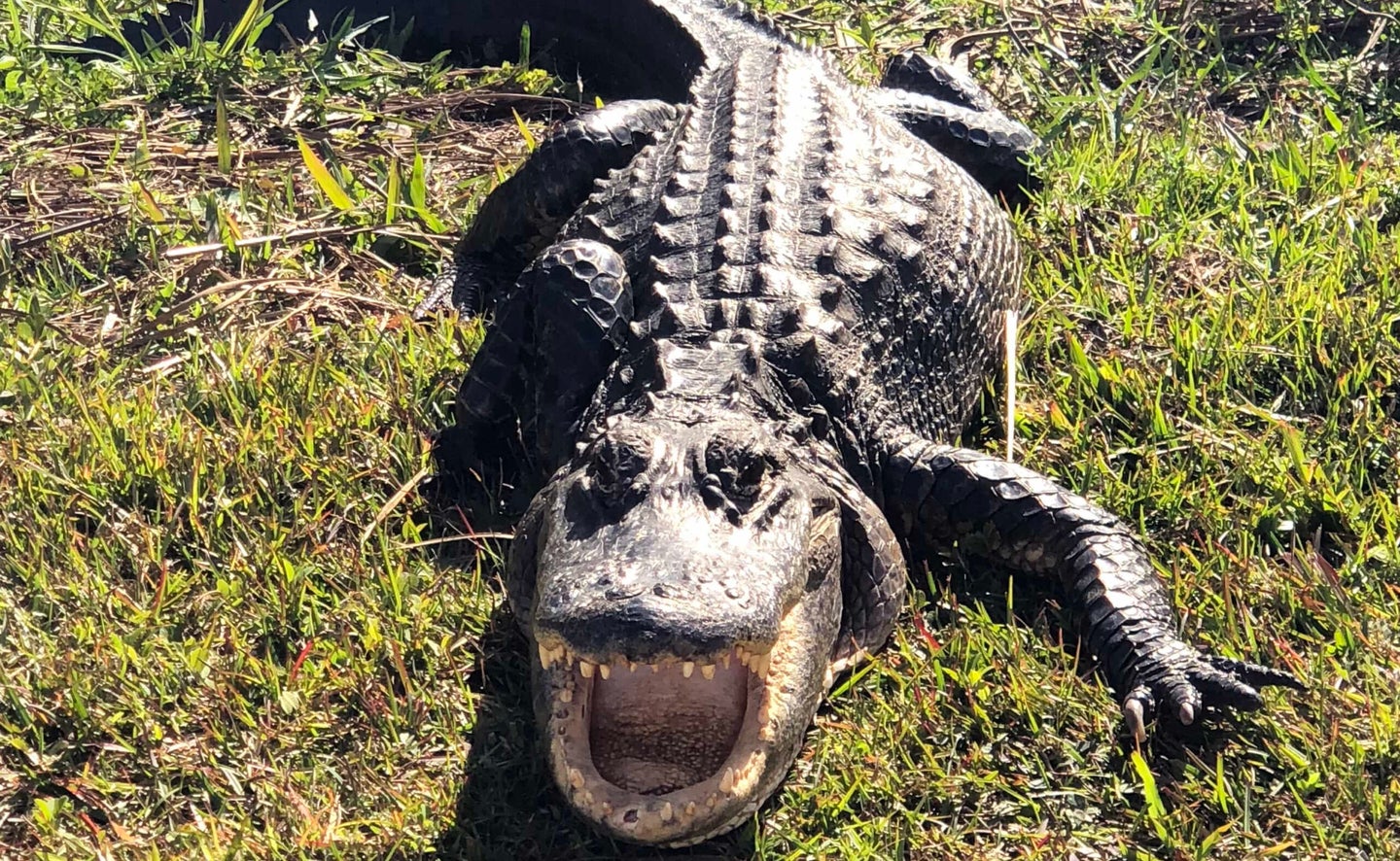 73-year-old Carol DeLillo was doing some yard work behind her South Carolina home in July 2020 when an alligator attacked and dragged her into a pond. Maysam Yabandeh on Pixinio
SHARE

Would you jump in to intervene during an alligator attack? Kenneth Brian McCarter did just that back in July 2020, when he rescued his neighbor from an alligator that had already dragged her into the middle of a backyard pond. Thanks to his quick response, Carol DeLillo is still alive and McCarter was recently awarded a Carnegie Medal for heroism, according to WCSC Channel Five News.

Carnegie Medals are given to U.S. and Canadian citizens “who enter extreme danger while saving or attempting to save the lives of others,” according to the Carnegie Hero Fund Commission. McCarter was one of 17 Americans to receive the honor in 2021.

It was the Friday before a holiday weekend: July 3, 2020. DeLillo, 73, was doing some yard work near an 8-foot-deep irrigation pond behind her home on Callawassie Island, South Carolina, where a 10-foot alligator was waiting in the weeds.

“I’m picking up pine cones, and minding my own business, and suddenly I hear this splash,” DeLillo told the Associated Press after the incident. “[Then] he grabbed my right ankle and he turned sideways and pulled me. You can’t imagine this is actually happening.”

According to DeLillo, she survived “four death rolls” before surfacing long enough to scream, which McCarter, 44, heard along with his four kids from where they stood on a nearby bridge. When McCarter first jumped in the water, he thought she was drowning—not fending off an alligator bigger than she was. Despite being pulled underneath the surface together, McCarter was able to wrestle DeLillo away from the gator and he swam them both to the shore, pushing DeLillo “toward the bank” while his son helped pull her to safety. Once they were both out of the pond and they saw the extent of DeLillo’s injuries, McCarter finally realized he had saved her from a gator.

“By the time I got to her, she was already out in the middle [of the lagoon],” recalled McCarter. “I still didn’t think [about] alligators at the moment, but once it was all over with, it was clear.”

Beaufort County Sherriff P.J. Tanner nominated McCarter for the Carnegie Medal and also presented him with the award during a recent ceremony.

“We think of first responders and our military as heroes but in this particular case here on Callawassie we were able to identify a civilian who was a hero,” Tanner said during the ceremony.