A smarter shooting bag for hunting and competition 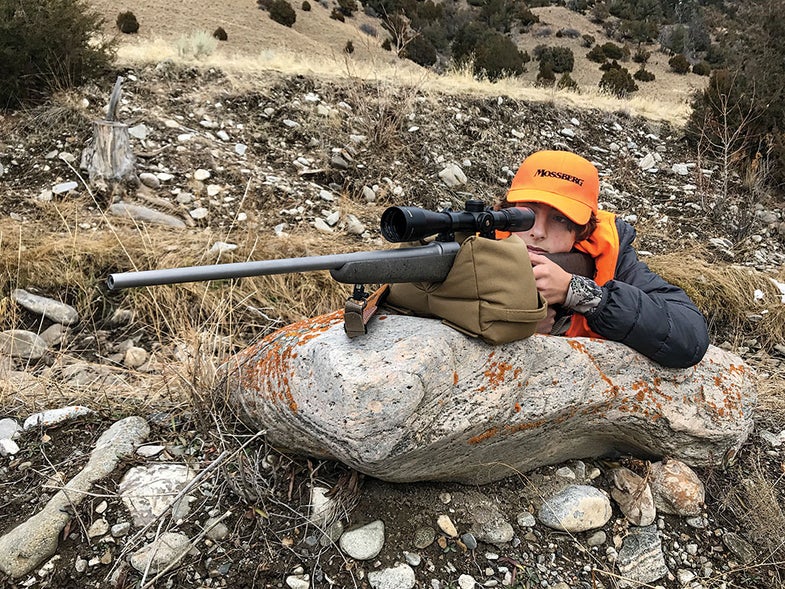 On a Rock: When the elevation of a rock provides a clear field of fire, the bag replaces—and improves upon—a classic short-legged bipod to create a steady shooting position. John B. Snow
SHARE

The Game Changer doesn’t look all that different from other rifle-rest sandbags. It has a flat base, two pointed ears, a carry handle on each end, and four plastic attachments to thread nylon straps through. It isn’t filled to capacity and slouches when you set it down, kind of like a surly teenager who doesn’t want to talk about why his homework isn’t getting done.

But, as is often the case, first impressions aren’t everything. There’s a lot going on with this unassuming little bag, which has become a very popular accessory with competitive shooters in the Precision Rifle Series.

The bag’s shape along with the type and volume of fill were well thought out by Clifton Reasor, who created it. When Tom Fuller, a competitive shooter who owns Armageddon Gear, saw it, he liked it so much that he entered into a partnership with Reasor to produce them and meet the growing demand ($109; Armageddon Gear).

The qualities that make the bag attractive to competitive shooters also make it a great option for hunters, as I learned last fall when I started carrying one around with me.

The real genius of the Game Changer is its versatility. Its slouching quality allows it to conform to a surprising variety of surfaces. With the ears pointed down, the bag can be draped over a tree branch, a spotting scope on a tripod, or a fence post, just to name a few options. Positioned this way, the bag creates a flat support to balance a rifle on. When you use it on a flat surface—like a rock, a backpack, or the top of a table—set the flat side down and cradle the rifle between the ears. Either way, the bag holds the rifle firmly in place.

The key to shooting well off the bag is to let the rifle free recoil, says Fuller. “You want there to be as little input from the shooter as possible,” he says. “Minimal pressure on the stock with your face. A light touch.”

To achieve this, put the rifle on top of the bag, resting it just in front of the trigger guard. Most rifles will balance in place without needing to be held by the shooter.

The reason this technique works is due in part to the bag’s weight. Measured on a postal scale, mine weighs 5 pounds 4 ounces. That heft creates a solid anchor for the gun, leading to greater accuracy.

The question for hunters is whether they will find hauling that extra weight worth it. For several of my hunts last year, the answer was yes. I used the bag to help take a really fine mule deer buck in Utah, where after stalking into position, I waited nearly two hours for him to get out of his bed. The bag kept my crosshairs on him the whole time, making for a fast shot once he stood up.

Read Next: We Test 8 Premium Bipods

I also used it on a Montana antelope not far from my home. The buck was in the middle of a huge alfalfa field, and the only way to get anywhere near him was to sneak up to an irrigation pivot. I placed the bag over one of the pivot’s pipes and was able to make a long shot on the buck with confidence.

It’s one of the better marksmanship aids I’ve seen in a long time, and it is aptly named. To quote my 14-year-old son after he saw it in action: “Yeah, it is a game changer—it changes game into venison.”