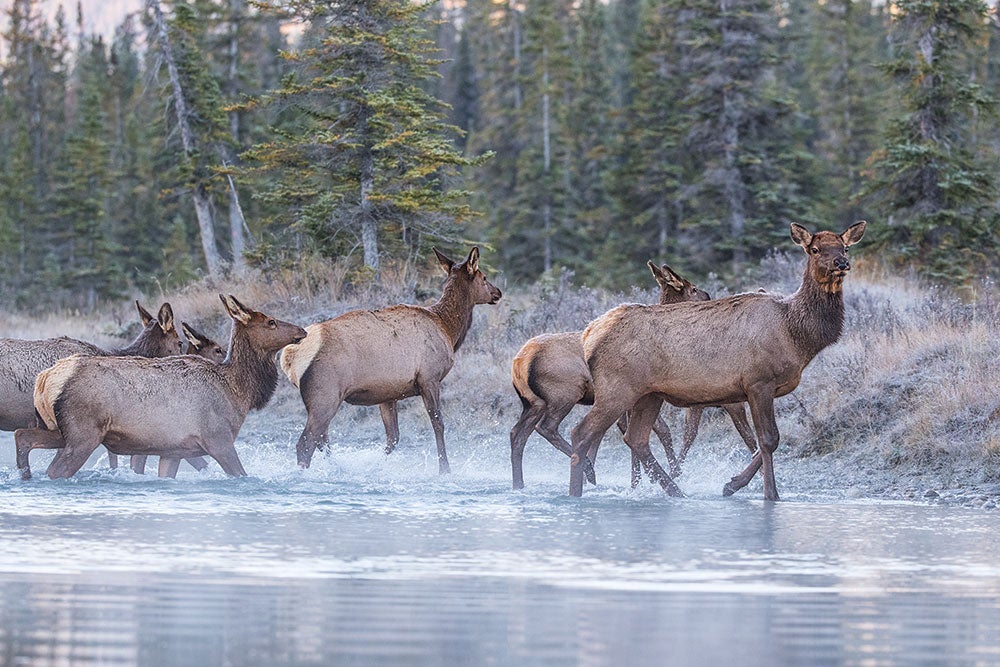 A generation ago, the gateway to the West for a big-game hunter ran through pronghorn country. Doe/fawn tags were abundant as antelope herds flourished on public land, and it was a good bet that everybody in a hunting party would at least get a shot and would probably make meat.

But over the last decade, pronghorn tags have been harder to draw as populations have declined in most states. The new gateway hunt? Elk. Specifically cows.

Across the West, elk herds are booming, and the best tool wildlife managers have to keep wapiti in check with habitat is cow tags. There have never been as many antlerless elk permits available as states will issue this year. Access is generally better for cow hunters than it is for bull hunters, and harvest rates for cows in many Western—and even some Midwestern—states are double that for bull elk.

Idaho and Washington both offer over-the-counter cow tags. Most of Wyoming’s antlerless units have 100 percent drawing success, and the $288 nonresident cow tag is less than half the price of an either-sex tag. In Montana, the already liberal general rifle season has been extended in many districts through mid-January for cow-elk hunters, who can hunt private land that may not have been open for bulls earlier in the fall.

“Cow elk build a hunter’s skill set,” says Dan Harrison, longtime backcountry elk guide and owner of Harrison’s Hunting in Grand Junction, Colorado. “The smartest animal in these hills is a lead cow, and if you can figure out how to fool her, you’ve done something. The meat is phenomenal, and there’s a lot of it. And if you can learn the country and the critter by hunting cows, then you will have an advantage if you ever draw a bull tag.”

A growing number of nonresident hunters has figured out that the Meat Highway leads to places like Riggins, Idaho; Craig, Colorado; Dillon, Montana; and Rawlins, Wyoming. These hunters are gathering buddies and traveling west with generators powering portable freezers. They’re filling cows tags on public-land hunts, butchering the meat in camp, and driving home with those freezers full. Harrison says that hunting access for cow-elk hunters is generally good, even on private land, in areas with elk herds that have exceeded population objectives. But he warns that cow hunting isn’t a slam-dunk.

“A lot of people road-hunt for cows, but I don’t think that gives [the elk] enough credit,” Harrison says. “A cow hunt is no different from a trophy-bull hunt. You have to work to get them, and you often have to work to pack them out. But if you prepare for a cow hunt the way you do for a bull, you’ll have success, and you’ll have earned a great trophy. Who cares if it doesn’t have antlers.”

Nonresidents must first enter a drawing for a deer and elk combination license, which is $1,045 and allows you to hunt general entry units. Once you draw that, you can then research and apply for cow tags in limited-entry units.

Colorado doesn’t issue quite as many antlerless elk tags as it once did, but it’s still a bargain. Nonresident youth cow tags are sold for $100, and in many units, bull hunters are allowed to pick up a second tag for cows.

The Gem State offers over-the-counter cow tags for archery, muzzleloader, and rifle seasons—plus millions of acres of public land open to elk hunting. The cost is $582, and the success rate on antlerless elk is very good.