What Are Antlers Worth?

We all recognize the intrinsic value of awesome antlers. But can we put a price on them? And should we? 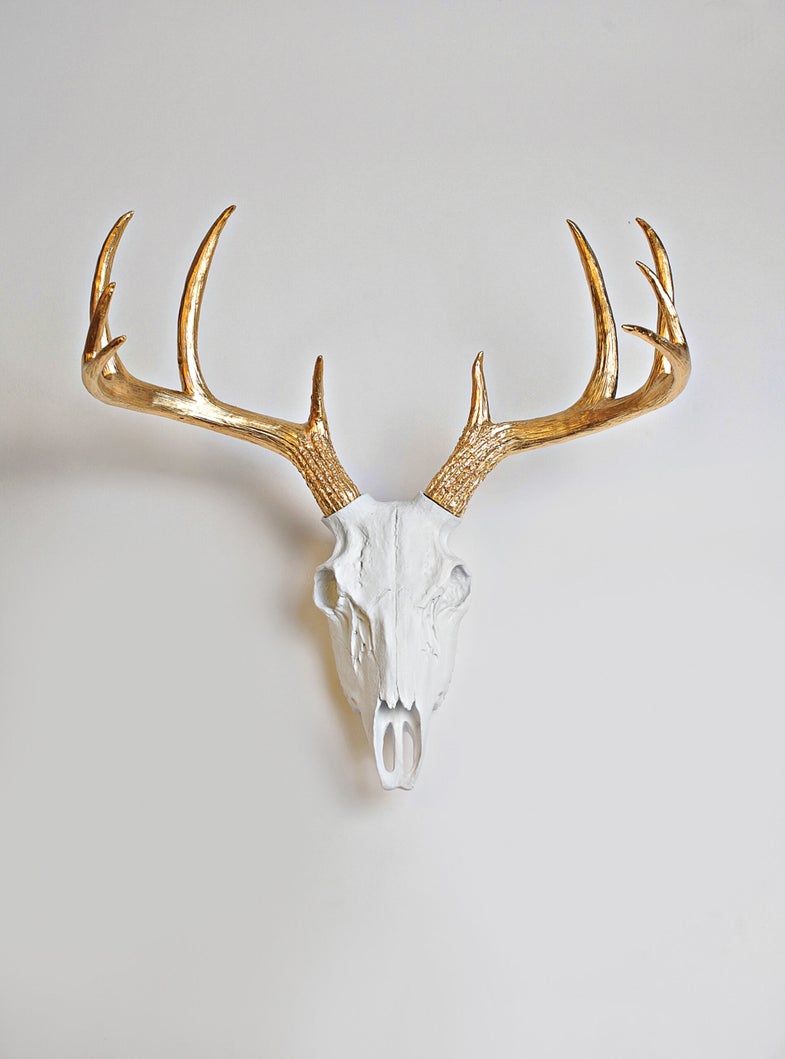 What are deer antlers worth? And should they truly have monetary value?. White Faux Taxidermy
SHARE

No community is immune from theft, and that includes the remote hamlet of Bethel, Alaska. Over the last decade, thieves in Bethel have been targeting a very specific item—caribou antlers, which end up being sold for cash to licensed buyers who ship them to the Lower 48, where they are cut up and used for home décor.

Thieves don’t make much money from their contraband—even trophy antlers sell on the black market for just a couple hundred bucks. But to the hunters whose trophies were swiped, hacked up, and sold as a commodity, the replacement value is much greater. Between tags and guide fees, equipment, taxidermy, lodging, and time off from work, most of those racks represent an investment of thousands of dollars. For many hunters, the racks are priceless, the only physical evidence of a singular animal and hunting experience.

“The value placed on the stolen antlers is based on what they are sold for in pieces, not the trophy value to the hunter,” says Bethel resident Louisa Mae Russell, whose family has had three caribou racks swiped, including one that qualified for the Boone and Crockett record book. For Russell and other victims, the insult after the injury of theft is the paltry compensation paid by insurance companies. Insurance pays on the market value of the stolen antlers, not the replacement value, or the intrinsic value to the hunter who bagged the animal.

Assessing the Value of Game

Because the value of wildlife parts is often situational (and personal), many state fish and game departments assess it in a different way, by calculating the market value of trophy animals. Why do states care? Because in order to deter poaching of trophy-class animals, penalties are based on a restitution model, forcing offenders to repay the state’s sportsmen for the loss of a valuable public resource. The bigger the rack, the more valuable it is, and the more restitution it requires for criminals who poach it.

In 2008, Ohio passed legislation to require remuneration from poachers for the full value of an illegally harvested animal. The law establishes a dollar amount for the replacement value of animals ranging from a bluegill ($20) to a trumpeter swan ($2,500). But because the bulk of Ohio’s hunting revenue centers around whitetail deer, the Ohio Revised Code contains specific language that spells out just how much a buck is worth based on antler size.

The Buckeye State law made national news in 2010, when James Alspaugh was caught with a poached buck that scored 218 ⁷⁄₈. According to Ohio’s formula, that buck was worth $23,816.95 in restitution. Alspaugh was ordered to pay up.

The disparity between the values of Alaska caribou and Ohio deer points to the inherent complexities of assigning value to wildlife. Ohio sets the minimum replacement value of an antlerless deer at $500. At that valuation, the state’s whitetail herd, which is estimated at 750,000 head, would be worth more than $400 million. Adjusting for the value of bucks, the actual figure is in the billions, making wildlife one of Ohio’s most valuable resources, at least on paper.

The problem with assigning a valuation to deer on the hoof (besides promoting the commercialization of a public resource) is that it’s arbitrary, changing when the animal jumps across a state line. The same 160-class buck that is valued at $6,440 in Ohio would cost poachers between $10,000 and $20,000 in Iowa, but if the offenders agree to perform 80 hours of community service, the restitution penalty is cut in half. Montana says that anyone poaching a whitetail deer that scores greater than 140 inches must pay an $8,000 penalty. Oregon slaps a flat fee of $7,500 for poachers of trophy deer. States such as Alabama don’t require that restitution be paid for poached deer, though criminal fines are applicable.

The open market establishes going rates for commodities as diverse as pork bellies and crude oil, and by some perspectives, wildlife parts are commodities. So what’s that rack worth?

A brief internet search reveals a robust market for big-game mounts and antlers. One of the largest marketplaces is Taxidermy Trophies for Sale, based in Miami, which sells thousands of mounts from around the world and serves as a useful reference for the value of antlers and shoulder mounts. The company sells whitetail antlers, whether mounted or on a skull plate, for between $25 and $250, with exceptionally rare specimens (very large or extremely abnormal antlers) going for upwards of $575. The value of shoulder mounts is related to the quality of the taxidermy, but the average shoulder mount of a whitetail scoring under 150 inches sells for between $350 and $450. Larger bucks demand a higher price, with the best mounts from deer scoring above 150 inches selling for $1,000 or more. Truly exceptional racks fetch more than $1,200.

It’s important to note that these are asking prices, not sale prices, which may be lower and don’t reflect the actual figures that sellers were paid for their mounts. Brett Wingfield, whose job at Cabela’s includes finding and buying big-game mounts for its stores, says there is no standard value for animals of a certain size.

Wingfield says that “regionally relevant” mounts, such as state records, may be worth more than a larger rack from an area that routinely produces trophies. But, he says, the value of a mount is simply a matter of what an individual purchaser is willing to pay.

“We do not discuss value of antlers or animals with anyone until all of our due diligence is complete and we are ready to purchase,” Wingfield says. “We would not want to leave the public feeling like we have an established bounty for game animals.”