Small game can give you challenges and memories as special as any giant buck. But the variety of guns to choose from is even more extensive than the animals there are to hunt 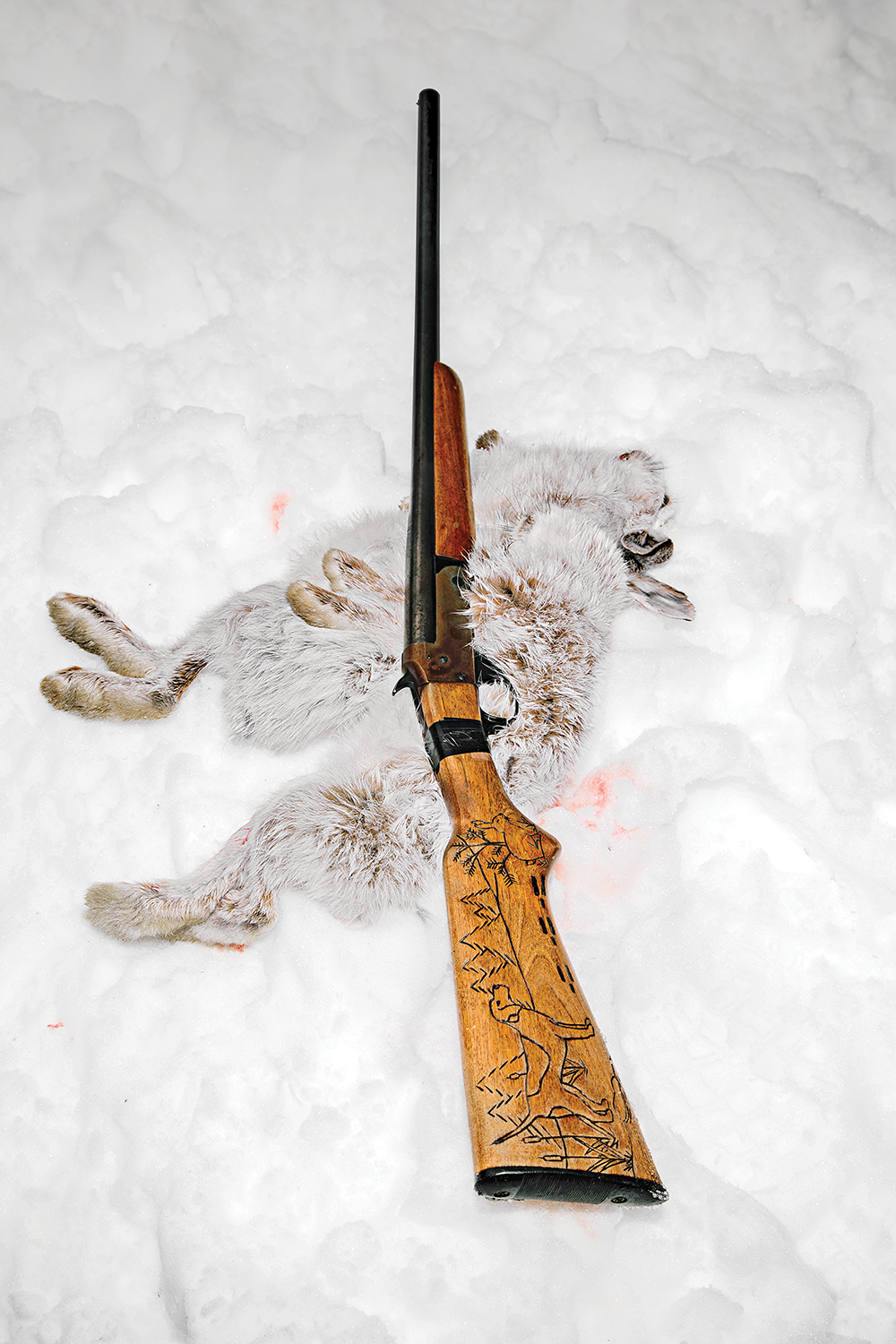 When winter is upon us, it’ll be a good time to downsize your hunting and go after small game. There are many great guns to choose from, but the following are among my favorites.

If there’s a must-have gun for every hunter, it’s a good small-game rifle. Of course, the first thing that comes to mind is a good .22 LR. The “ol’ two-two” has no doubt been more hunters’ first firearm than anything else, and options range from dusty antiques to slick tactical guns, with just about any action or configuration you could ever want.

Although the .22 LR adequately covers the gamut of small game, it’s also worth talking about the .17 HMR and .17 Hornet. Both are awesome cartridges that can do everything the .22 can, but faster, farther, and more accurately.

These are quality rifles, and I get nostalgic just picking one up. It takes me back to my childhood days of stalking irrigation ditches and sagebrush for cottontails. It’s a rifle that you can count on passing down to your grandchildren.

It’s hard to argue against the 10/22. It’s earned a reputation as one of the most reliable semi-autos on the market. Loaded with CCI Stingers, it’s formidable on even larger critters—I have killed a lot of coyotes with them.

This bolt-action .22 with a tactical twist lives up to Savage’s reputation for accuracy, and it comes threaded for a suppressor. Mine wears a Liberty Regulator suppressor and, shooting subsonic Eley match ammo, is a quiet tack-driver.

Savage’s new hot rod has filled a huge gap for the .17 HMR. This great cartridge has needed a reliable semi-auto for years, and here it is. This is a quick-shooting, reliable, and ergonomic package. Furry critters, beware.

Although a little hot for a standard small-game rifle, the .17 Hornet is a deadly accurate round. Whether you’re knocking the heads off cottontails from 150 yards or hunting the larger end of the spectrum, like lynxes, bobcats, foxes, and coyotes, the CZ–.17 Hornet combo has you covered. Hornady’s 20-grain V-Max factory loads shoot sub-MOA, and unlike rimfire rounds, the .17 Hornet can be reloaded.

Whether you’re wingshooting grouse, ptarmigan, pheasants, or other upland birds, or chasing running rabbits, no small-game arsenal is complete without a good shotgun.

Probably the first shotgun I ever fired was my dad’s Mossberg .410. A full choke on doves will truly test your wingshooting skills, and using 3-inch shells with No. 6 shot will knock down grouse or ptarmigan.

It’s hard to discuss shotguns without bringing up the 870. Along with the Mossberg, it is one of the most time-proven and widely used shotguns out there, and it is responsible for more filled bird bags than any other shotgun.

There’s something about the feel of a side-by-side while you’re kicking up birds in the brush, but I probably will never shell out the money for a high-end one. I tend to beat the tar out of shotguns, and it won’t break your heart to beat this one up. It is affordable and, in my experience, dependable. No frills, chokes, or anything fancy, but I still get a smile on my face when I fold up a flushing ruffed grouse and crack the action.

There may be a lot of rifles and shotguns to take care of your small-game needs, but sometimes a handgun is in order.

This is my main go-to handgun, whether I’m popping ptarmigan, dispatching animals on the trap line, or taking down grouse or rabbits while I’m hunting bigger critters. It’s an accurate, versatile, and very dependable handgun that will last a lifetime.

In a sea of lead-spraying semi-autos, the Buck Mark has been building a reputation as an accurate, dependable pistol. Most semis can’t keep groups inside a coffee can at 20 yards, but the Buck Mark does.

It’s a given that with small game, you’ll have a small target. You won’t have much room for error if you’re looking to salvage meat, so head shots are your best bet. Practice shooting, but forget the bench. Work on offhand and kneeling shots, and using improvised rests such as trees or fence posts.

Fundamentals are key, and the more you practice repeating a good shot sequence from each position, the better your shooting will become. Shoot groups from each position and save your targets so you can track your progress over time. ––Tyler Freel

Tips for Rabbit Hunting Without a Dog

I won’t lie to you–rabbit hunting with a beagle or five is easier than trying to fill a brace of bunnies by going dogless. But then, some things in life are appreciated most when they don’t come too easily. While most die-hard Elmer Fudds wouldn’t be caught in a thicket without their low-running hounds, for the casual hunter just looking to score some meat for a stew, rabbit country offers the chance for an incredibly fun and productive walk with a 20-gauge tucked over his arm. Follow these rabbit hunting strategies to maximize your odds for success, whether going it alone or partnering up for a great hunt.

Because of the abundance of predators out to get them, rabbits prefer areas where thick cover and ample food are in close proximity. Grown-up borders or thickets immediately next to open crops of soybeans, peanuts, and peas, or food plots lush with clover or turnips or overrun with broadleaf weeds will all harbor a population of cottontails.

So, too, will briar patches and thickets tangled with honeysuckle, blackberries, and blueberries, or brushy ditches and hedgerows. The latter offer some of the easiest shooting if they bisect an open field, as the rabbits will dash into plain sight in an effort to escape.

Ideally, when rabbit hunting, you want to find cover that is no taller than your waist and offers abundant gaps or open areas that rabbits must run through to escape. The open areas not only allow you to better spot fleeing bunnies, but they also offer clearer shots. Keep your shotgun at the ready–when a rabbit runs, it will do so in a blur–and step into the thickest, nastiest stuff you see and zigzag through it stomping around and altering your pace.

Stop, speed up, and then stop again to keep rabbits unsure of what you are doing and where you will go next. Walk 10 to 12 steps, pause for 15 to 20 seconds, then alter your direction, sometimes even circling back through the cover. Always keep your eyes ahead and to the side in anticipation of an escaping rabbit. ––Doug Howlett