A World War II veteran that's been to hell and back 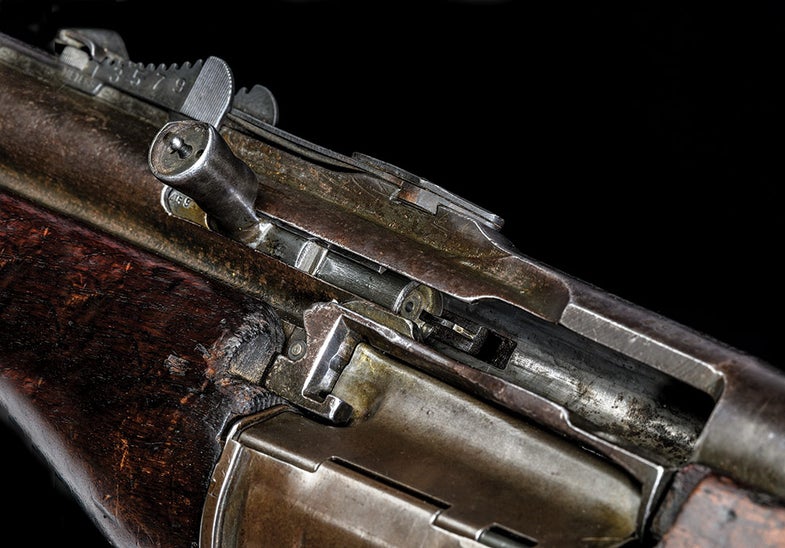 The combat troops in World War II who carried Johnson Automatics loved the rifle. Not many of these .30/06s were built, but they were used by Marines in the Pacific on Guadalcanal and other hellholes, and were carried in Europe by the 1st Special Service Force, aka the Devil’s Brigade. This particular rifle was picked up in a gun store in Macon, Ga., a couple of years back, and the new owners wanted to find out more about it. A curator from the Cody Firearms Museum who examined it said all the parts were original and the wear marks indicated it had been in action. But whether it had fought in the hands of a Marine or a soldier is a mystery. Despite its scarred exterior, the rifle is still fully functional, though these days it serves as a deer rifle on cold fall mornings, not as a weapon of war. That’s a fitting homecoming for a rifle that helped protect the world in its hour of need. 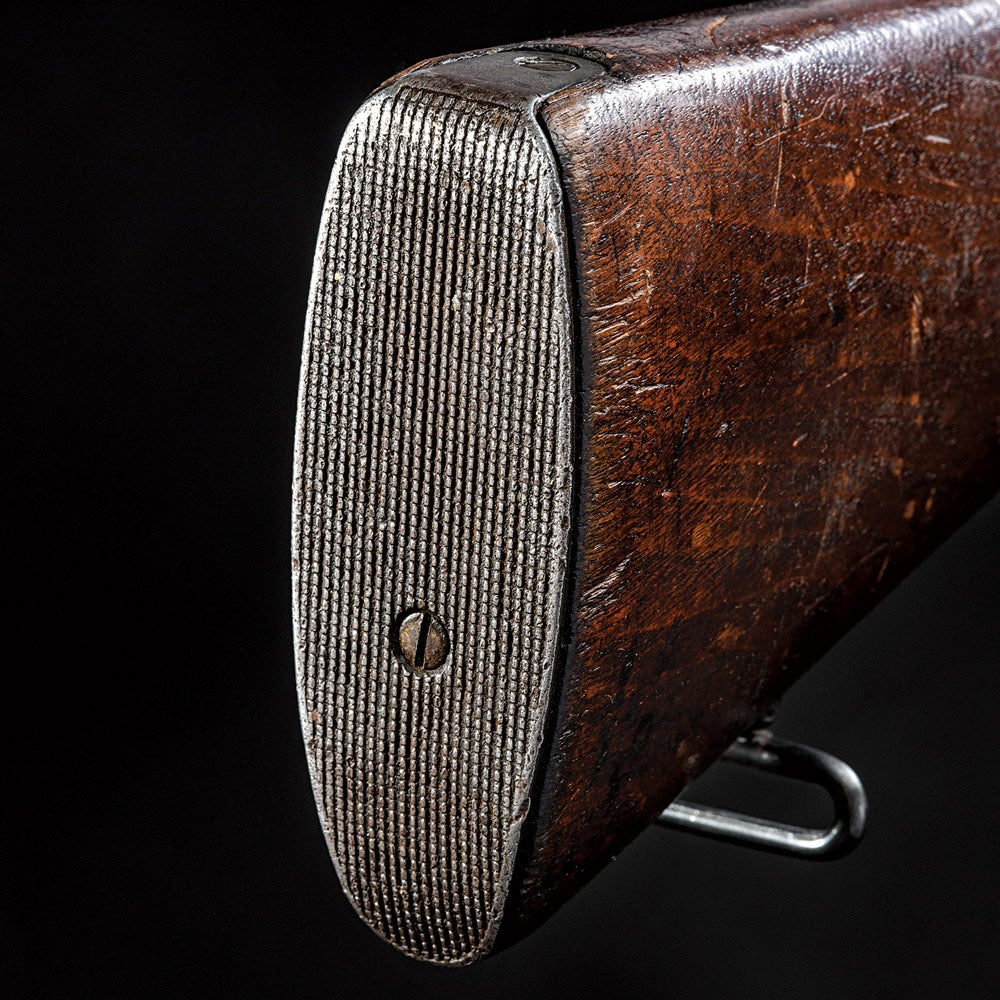 Fine checkering on a steel buttplate.

The fine checkering on the steel buttplate helps keep the stock from slipping around when the rifle is shouldered and offers protection to the stock as well. I expected the M1941 to kick like the proverbial mule. However, after putting about 140 rounds through the rifle, I was pleasantly surprised to find my shoulder intact, pain-free, and ready to defend freedom with more hot American lead. 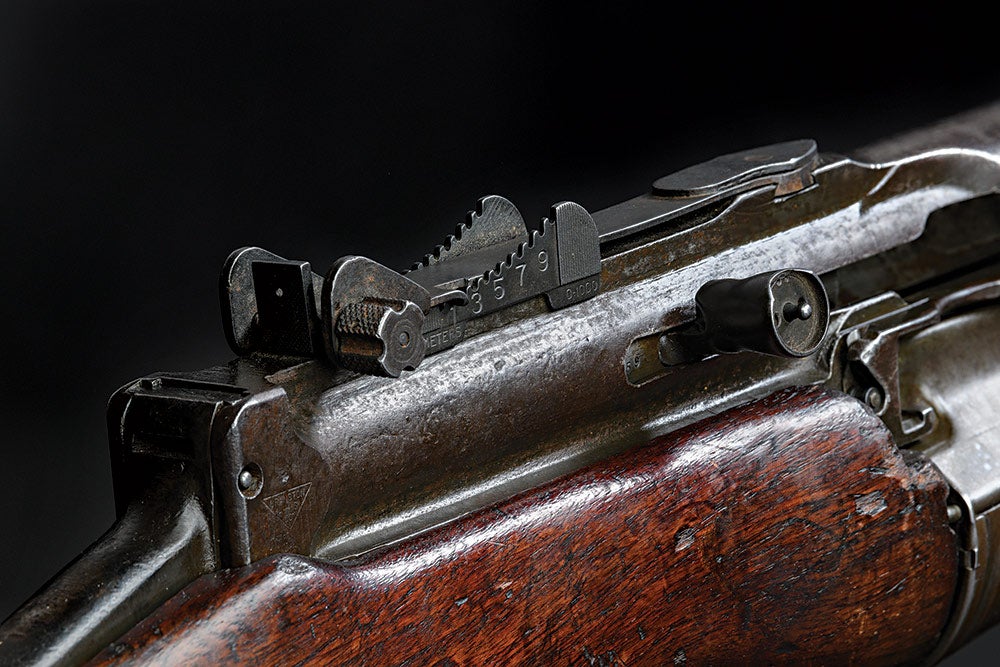 The small rear peep sight has a screw to adjust for windage and a graduated series of ladder notches numbered from 1 to 9 that correspond to elevation from 100 to 900 meters—in theory, at least. The striations on the wings of the sight and the flutes machined into the windage knob are interesting ergonomic enhancements and the kind of craftsmanship that became rarer on military weaponry in later years.

The beer-belly magazine is the most visually distinctive feature on the rifle. It holds 10 rounds of .30/06—two more than the M1 Garand—and unlike the M1, it doesn’t make any type of audible ping when the last round is fired. This was part of the appeal of the rifle to the troops who carried it. The magazine loads easily when fed single cartridges and is also designed to accept cartridges on a stripper clip. 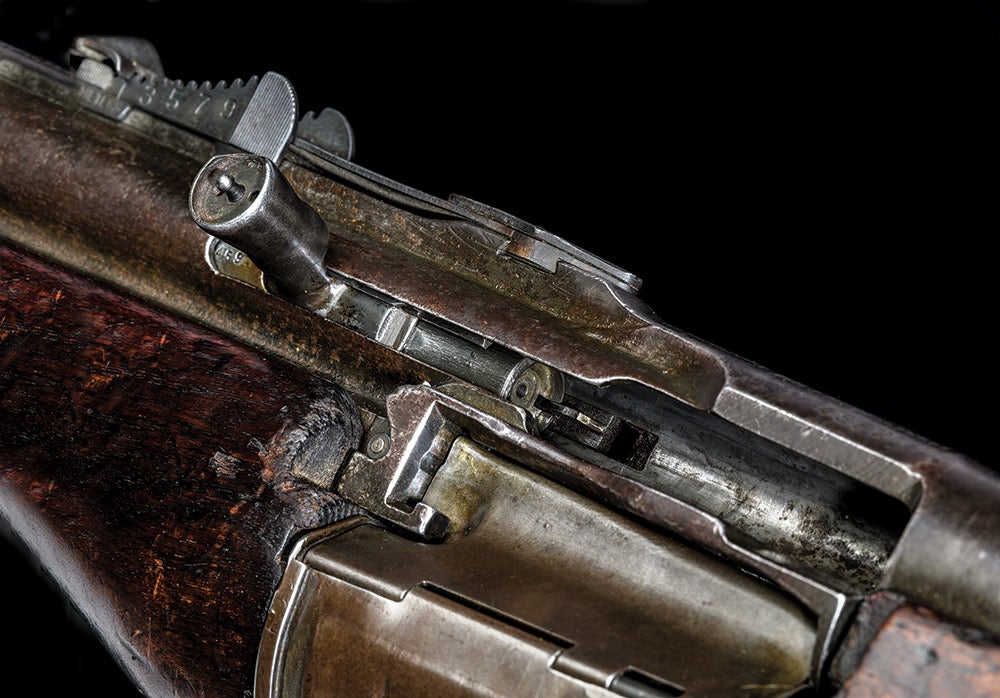 The Johnson Automatic has a rotating bolt head with an ejector slot milled into the bolt face. On the last shot, the bolt locks to the rear. After recharging the gun, pulling the bolt to the rear and letting it slingshot forward puts you back in the fight. The action likes to be run wet. With a light spray of oil on the bolt, it ran perfectly—though with a thorough cleaning, it might cycle just fine when dry as well. 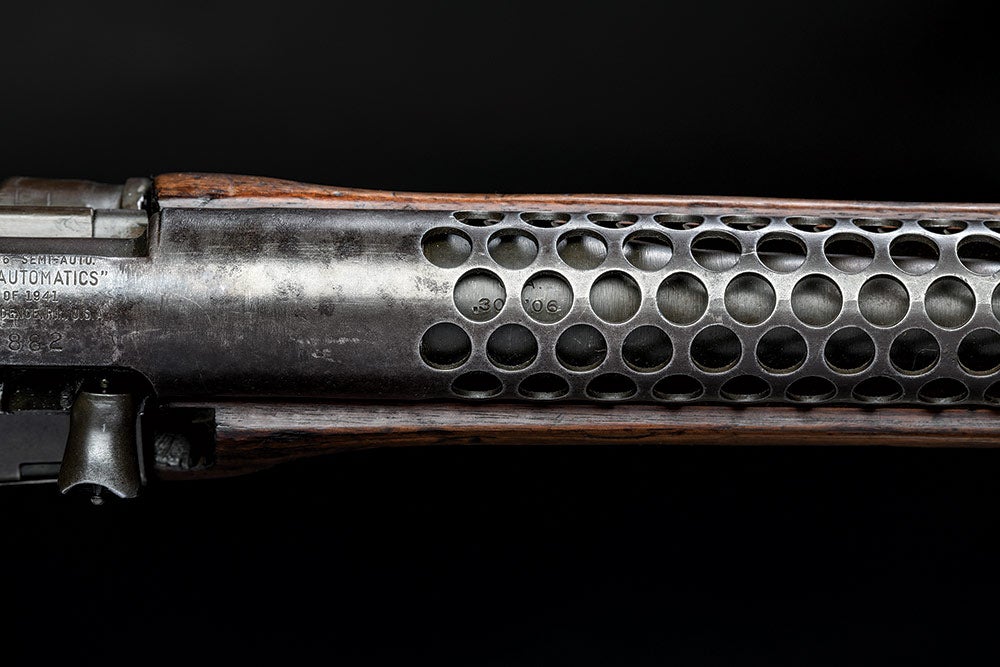 For proof that they don’t make them like they used to, just look at the barrel shroud. With all those holes drilled in it, it is actually part of the receiver. The whole action—from the slot below the rear sight all the way up to the end of the shroud—was machined from a single piece of steel, requiring a series of cuts that no modern firearms maker would ever consider doing, as it would drive the cost way up. 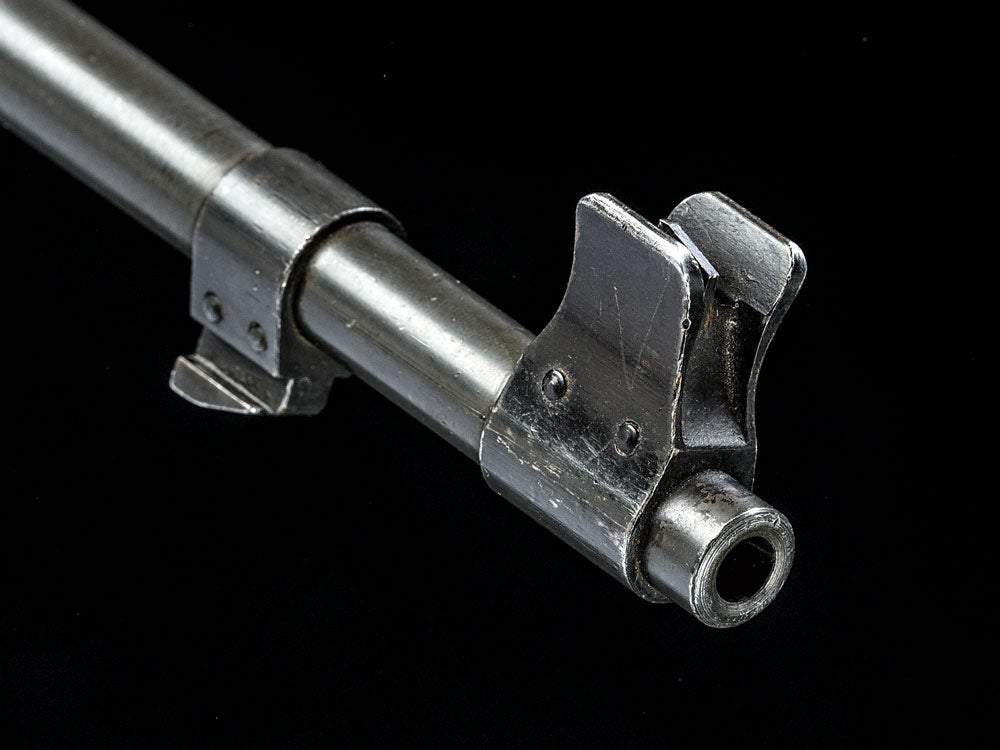 The front sight is a reverse ramp with a wing on each side to protect it. The barrel was turned to a smaller diameter and given a shoulder that acts as a stop on the sight to position it correctly before being pinned in place. I found the sight picture to be perfectly clear in the sun, but according to some accounts, troops would sometimes cut off the wings to avoid aiming with them by mistake in battle.