A remarkable debut for a lightweight hunting rig 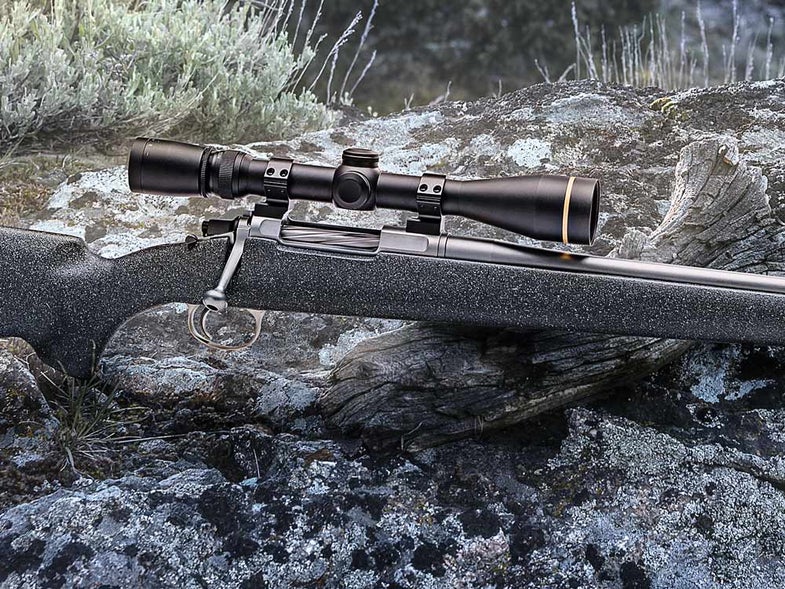 Unless you’ve been living under a rock for the last 30 years, you’re probably familiar with the name Barrett. Ronnie Barrett is one of the most influential firearms designers of the late 20th century, and is one of only a handful of men whose names became synonymous with firearms used by the U.S. Armed Forces—the others being Browning, Garand, and Thompson.

Think “Barrett .50-cal” and what comes to mind is one of their iconic heavy-barreled rifles with a fist-sized muzzle brake, imposing bulk, and flamethrower-like muzzle flash. Try to picture a Barrett mountain rifle, however, and you’ll probably draw a blank. Yet in what promises to be a very interesting second act for the company, the notion of a Barrett mountain rifle might not strike people as odd for very long. The rifle is called the Fieldcraft, and it is a sophisticated and elegant bolt gun built on an action of Barrett’s own design.

Barrett doesn’t describe the Fieldcraft as a mountain rifle, instead calling it a general hunting rifle. But when you list the qualities and specifications of a true mountain rifle—light weight, portability, ruggedness, superior handling, and accuracy—you’ll see that the Fieldcraft has every attribute.

Much of the rifle’s diminutive weight can be attributed to the stock, which is patterned after a Melvin Forbes design. It is made of hand-laid carbon fiber and is stiff, light, and strong. Barrett, which purchased equipment from the now-defunct Forbes Rifles LLC, is making the stocks in-house and could not have picked a better style to go with. The ergonomics and durability of the stock are second to none.

Another weight-saving attribute is the rifle’s blind magazine, which eliminates extra ounces that a detachable box magazine or floor-plate system would add. The button-rifled barrel has a lightweight contour as well. The barrel tapers quickly beyond the chamber, narrowing down to a .552-inch diameter at the muzzle. Barrett did an excellent job of scaling the rifle’s metalwork to match the stock, giving the Fieldcraft exquisite balance and handling.

Cutting down a barrel can create all kinds of problems with accuracy, but the Fieldcraft excels in this area. It isn’t unusual for group sizes to balloon as a thin barrel heats up, but the Fieldcraft did a good job of withstanding Outdoor Life’s 5-shot-group protocol.

It turned in sub-MOA groups with three different types of factory ammunition: Hornady’s 140-gr. ELD Match, Hornady’s 143-gr. ELD-X, and Nosler’s 140-gr. Ballistic Tip. In fact, the five best 5-shot groups of my evaluation averaged a tidy .999 inch, which is excellent performance from this type of rifle.

The Fieldcraft showed a definite preference for heavier bullets, however. With 120-gr. bullets, the groups opened up to about 1.6 inches, and with the 129-gr. Hornady SSTs, the performance was downright ugly.

Barrett equips the Fieldcraft with Timney triggers. Mine broke crisply with no discernable uptake or creep at 3 pounds 2 ounces, a good weight for a practical hunting rifle. The trigger has a two-position safety that is intuitive to operate and toggles between safe and fire in a positive manner but doesn’t incorporate any type of bolt lock.

The action on the Fieldcraft is exceptionally smooth. The bolt body has shallow spirals machined into it and is constructed with a slight taper where the front half of the bolt is .002 inch smaller in diameter than the rear. These design elements give the bolt a buttery feel when traveling up and down the raceway in the action.

During all my shooting drills, the Fieldcraft performed flawlessly. The push-feed action, with plunger ejector and Sako-style extractor, cycled ammunition perfectly and kicked empties clear of the action in a decisive manner. Loading the rifle to its 4+1 capacity was easy to accomplish. The open design of the receiver made stuffing shells into the magazine a snap. The rifle also fed individual rounds smoothly with no hang-ups.

The action cocks easily enough so that running the rifle quickly from the shoulder feels fluid and natural. The pebbly texture on the stock means there’s little need to worry that the rifle will slide out of position while a shooter is putting rounds downrange.

For a company that’s never made a rifle of this type, the Fieldcraft is one heck of a debut. Right out of the gate, it qualifies as one of the premier lightweight production rifles on the market. The $1,799 price will surely cause some sportsmen to balk, but based on what the rifle offers, it is an outstanding value.

The Fieldcraft has a long way to go before it will equal Barrett’s .50-cals in terms of reputation and recognition. But given what a home run this rifle is, I wouldn’t count that possibility out.