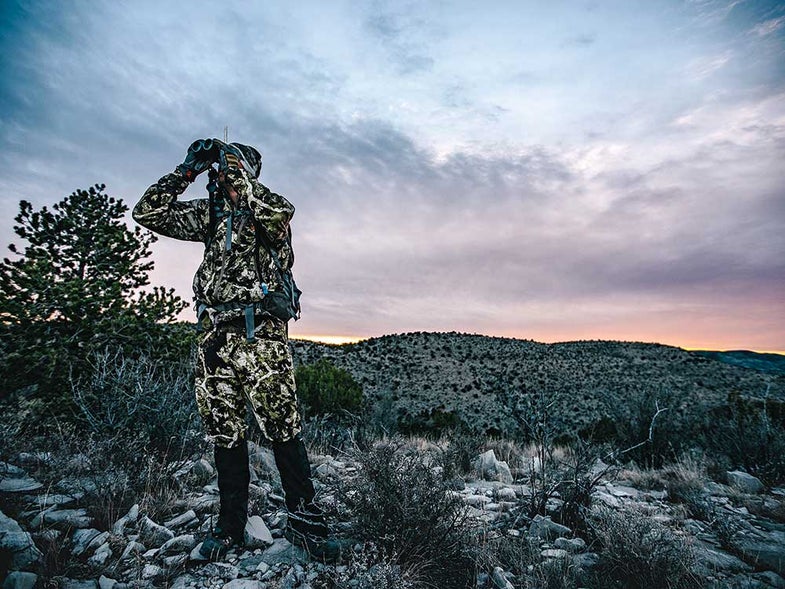 The idea behind hunters’ camouflage is deceptively simple: Disguise yourself from the prying eyes of game animals. But designing, manufacturing, and marketing camouflage patterns is a big, complex business—hunters spend about $400 million annually on specialty field clothes, according to Southwick & Associates—and companies hope new patterns will catch the notice of customers.

Dozens of camouflage patterns are introduced every year. Here are some of the noteworthy ones you will see—or not—this fall.

1. Sitka Subalpine
You could call this mottled green-tan-brown-black pattern Sitka’s bowhunting design. It’s intended to be used in early seasons—most of the apparel, printed in the pixilated pattern, is lightweight and exceedingly breathable—in mid-elevation terrain.

2. Slumberjack DST Perception
Slumberjack’s first proprietary pattern is designed to blur the human form in a variety of habitats and at various distances. Its name is short for Disruptive Shadow Technology, and it’s built on a series of smudged multi-color shadows. First-generation garments include raingear and a pair of cold-weather jackets.

3. First Lite Cipher
The Idaho company that built its reputation on outfitting DIY hunters for public-land expeditions has a pattern that’s equally suited to midseason hardwoods and the open country of the West. Cipher is basically a monochromatic version of First Lite’s olive-green Fusion pattern.

4. See3DCamo
The leafy suit produced by this small start-up company is designed to be invisible to deer but visible to human hunters. The base is a suit of blaze orange, but the bright background color is subdued by shards of shaggy camouflage. Designer Barrie North says the suit is intended to promote hunter safety in the deer woods.