New guns and gear for female hunters in 2017 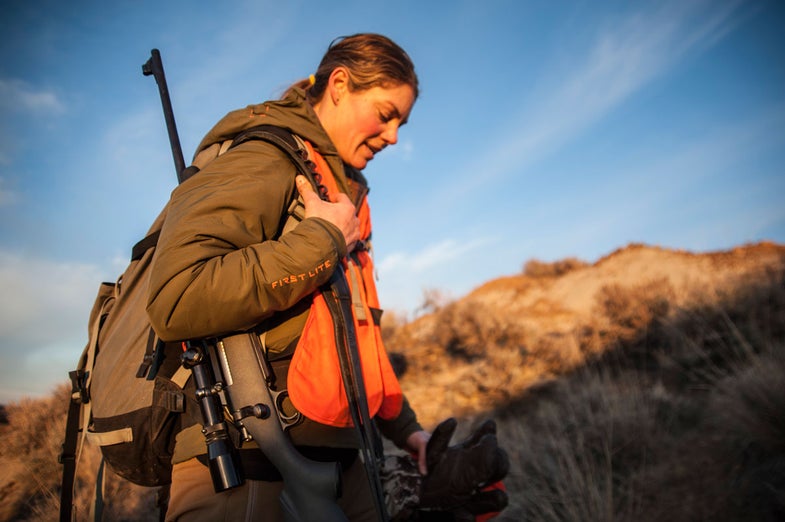 You’ve been hearing for years now that women are the largest growing segment of hunters. In fact, if someone spouts this stat one more time, you’re in danger of going berserk and strangling the offender with a blaze pink vest.

Or maybe that’s just me.

The good news is some hunting manufacturers are finally catching up with these statistics and starting to deliver on the goods: quality gear for women. A few are moving past the longstanding pink-it-and-shrink-it strategy, while others are skipping that faux pas altogether to introduce their first-ever offerings for female customers. This year marked my third SHOT Show—I just scratched a fresh tally mark on my cubicle wall—but only the first where I found promising performance gear that has a chance of fitting me well.

In 2018, however, I look forward to more creative marketing slogans. This year’s batch desperately needed some diversity: I heard a dozen quips from as many companies about how their new women’s item X is “made by women, for women.” Some of them even claim to use real live women to test the stuff.

This should be standard product development protocol. That the hunting industry must use this as a selling point is a testament to why women’s hunting gear was so lacking, and how there’s still plenty of ground to cover. In the meantime, check out these promising new offerings and let us know what you think—and what you’d still like to see.

Named after Camilla Weatherby (wife of the company’s founder, Roy Weatherby), this bolt action is built on the Vanguard platform and customized for female shooters. Those features include a reduced length of pull (13 inches), a shorter, slimmer forearm and grip, a higher comb, and a smaller recoil pad with a negative angle.

With its Fleur de lis checkering pattern and satin-finish walnut stock (plus rosewood forend and grip caps), the Camilla is certainly handsome. It sports a 20-inch barrel and weighs 6.5 pounds without a scope. 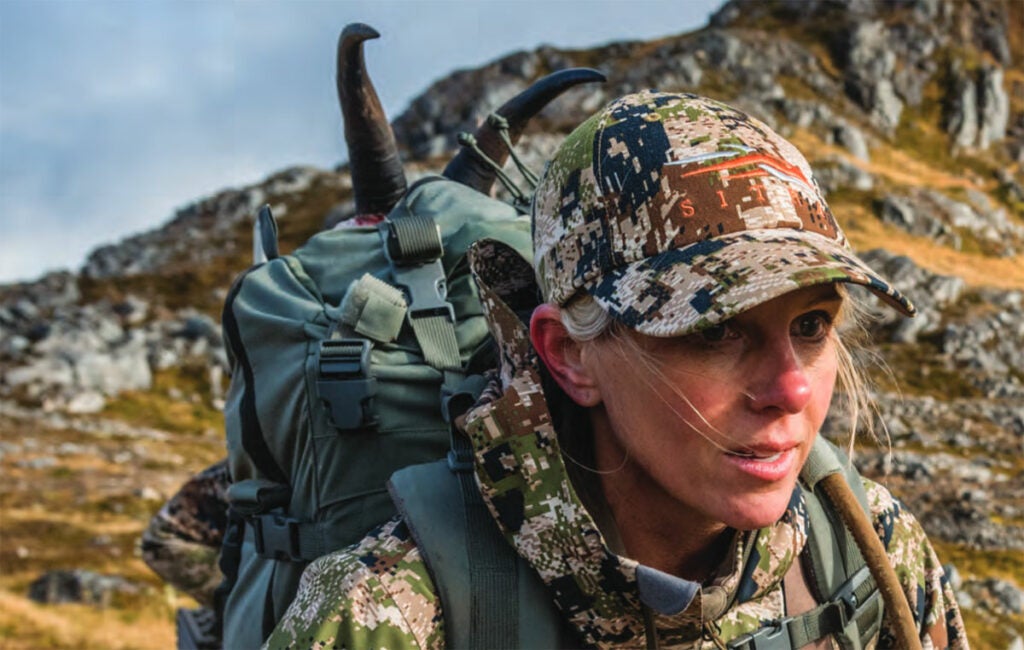 Unlike most hunting manufacturers, Sitka has introduced a line of women’s hunting clothing that differs from its men’s line in just one way: the fit. There are no superfluous color accents (pink, purple, teal, etc.) on the logos, zippers, trim, or interior. There are no different names or clothing styles for the women’s line. The price tags—yes, their signature premium price tags—are the same. Sitka has simply taken fan-favorite items from its Whitetail (Elevated II) and Big Game (Subalpine) lines and adapted the dimensions for women.

This isn’t anywhere close to a new concept for more general-use outdoor companies (e.g. Patagonia) or niche-interest outdoor sports (e.g. Burton), which have been decades ahead of the hunting industry when it comes to recognizing female consumers. But it’s pretty refreshing in the hunting space.

The Bozeman-based company’s new line will be available for preorder online starting March 15, 2017. 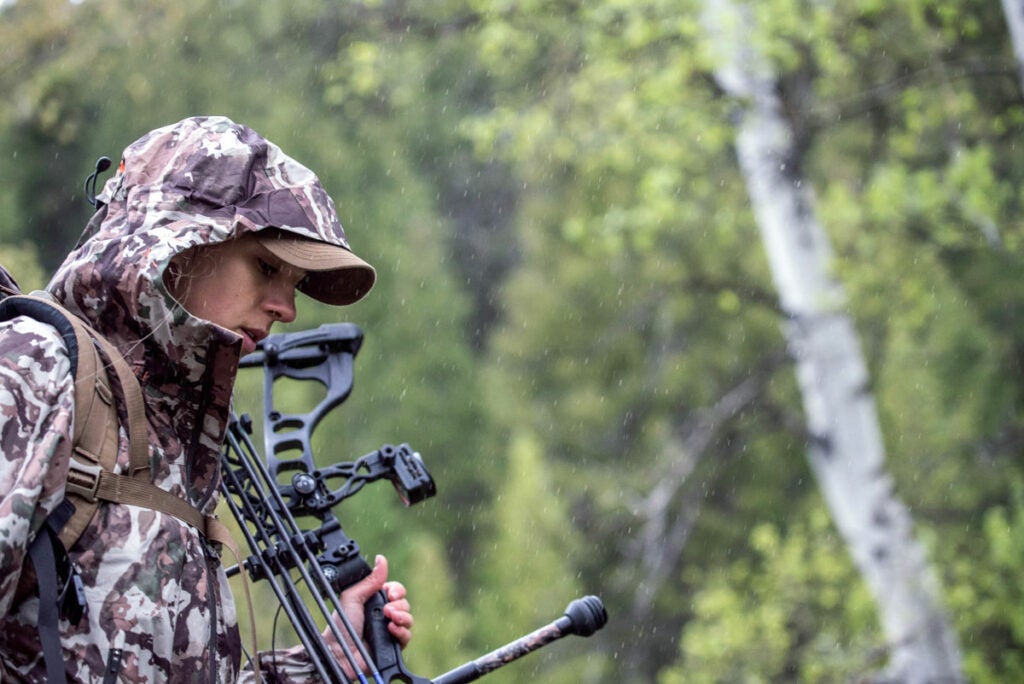 Years before Sitka introduced their women’s sizes, this Idaho-based manufacturer offered a women’s line of serious (read: no color accents, fits properly, stands up to abuse) hunting gear. That said, their women-specific offerings comprised a limited collection of a few staples. Now the company is investing in a modest but much-appreciated expansion of that line. This comes in the form of two outwear jackets: the Cascade Stormlight Jacket and the Aurora Puffy.

The Cascade Stormlight is packable rain gear that weighs 12 ounces. It will come in four colors: black, conifer, their signature Fusion camo, and their new Cipher camo. The solids cost $275 and the camo options $300. Best of all, it has a bit of stretch built in for better range of motion.

The Aurora Puffy is another packable piece and it comes in the same colors, although it’s a bit cheaper ($200 for the solids, $225 for the camo). An insulation layer, the Aurora includes quiet zips and closures, and First Lite’s customary built-in stretch.

The next thing I’d love to see from FL is a heavier-weight pants option for women (their existing Alturas pants is a killer light-weight choice).

This women’s pack is part of the company’s Extreme lineup.

While women make do with men’s hunting clothing when they must, a pack is one gear item that should fit seamlessly. Hauling meat and gear is work enough—trying to do it with an ill-fitting pack is a nightmare. Enter the Monarch X from ALPS: a women’s daypack/meat-hauler hybrid for $200.

Part of the company’s Extreme line, the 46-liter pack is full of thoughtful features: contoured shoulder straps, a smaller waist belt, and a shorter torso length. The Monarch also sports a stow-away meat shelf, wing pockets with dedicated spotting scope and tripod sleeves, a rain cover, and a bunch of other nifty touches. It comes in one color: a practical coyote brown. 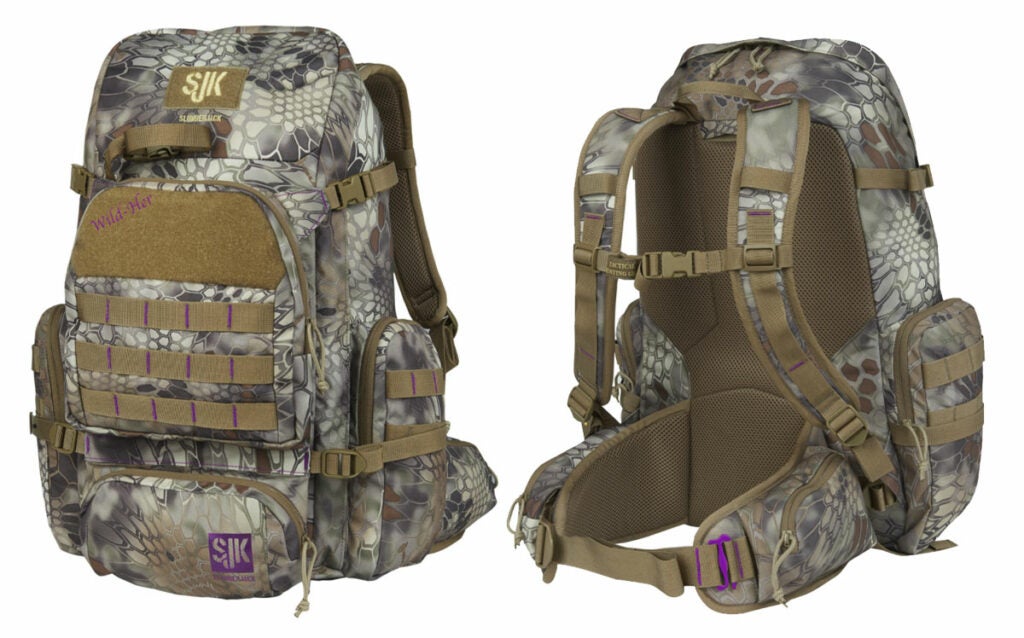 The Wild-Her Pack from Slumberjack.

Another honorable pack mention is the Slumberjack Wild-Her for $160. It was already available last year, but they are releasing a new RealTree pattern (in addition to the existing Kryptek option). Lest any dudes accidentally mistake the Wild-Her for a men’s pack, its been stitched with purple details. But I’m such a SJK fan that I’m willing to overlook that. The hip belt features a flat hook instead of a bulky buckle, which makes cinching the straps easier and reduces pinching. The shoulder straps and hip belt itself are shaped for curves and a shorter torso length. With a 33 liter capacity, it’s smaller than the Monarch X (see above), and would make for a solid early-season daypack or treestand pack. 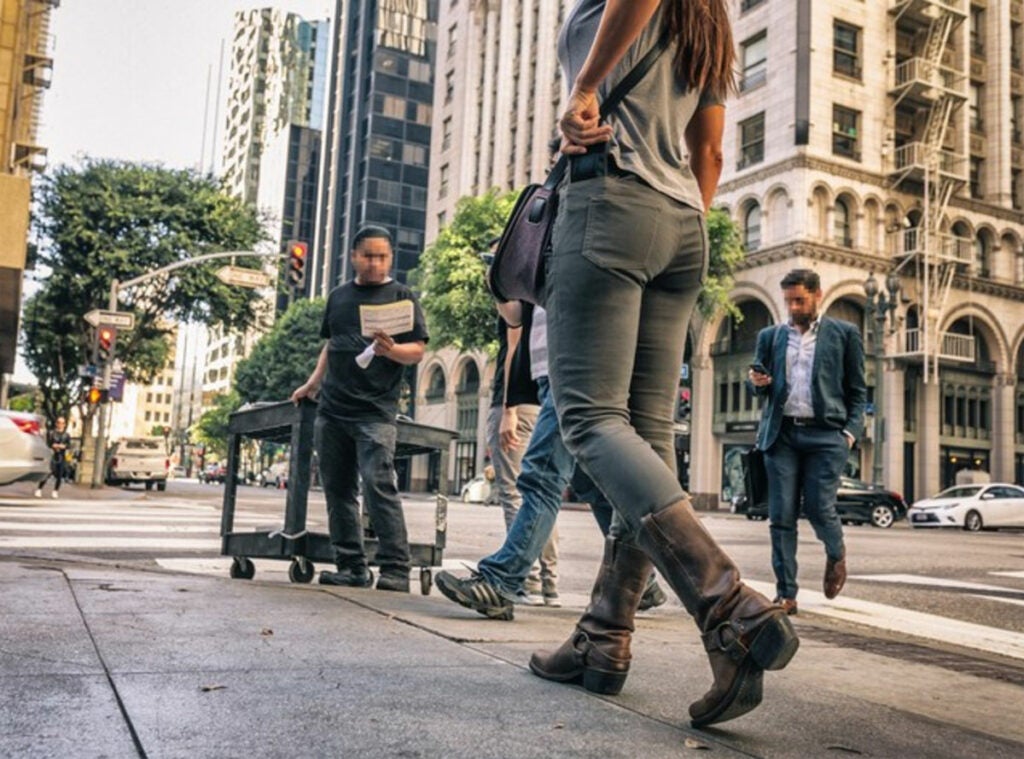 The Wyldcat CCW pants from 5.11

Let’s take a detour from the hunting line and talk tactical. Before I lose you: This new line from 5.11 is less tactical and more every-day practical. They’ve expanded their apparel line (for women, by women) to include a solid roundup of pants, tops, and packs for women interested in functional clothing that doesn’t scream tactical. The company’s director of design, Tiffany Yerby, sums up the new line best:

“5.11 takes women’s styles and fits, and we build in tactical features. It begins with the Flex-Tac fabrics we use at 5.11. They have stretch, and I don’t know a woman on this planet that doesn’t want stretch in her pants.”

Of particular note is their Wyldcat pant (pictured): it’s CCW ready with back yoke pockets for magazines, has thigh utility pockets, and double knee construction. Zippers let you switch between boot cut and straight leg style, and it comes in four colors for $75.

If you’re wondering when Kuiu is going to smell the instant coffee and match pace with their cohorts in the high-performance camo market, don’t hold your breath. Kuiu Founder Jason Hairston told Men’s Journal he “won’t make clothes for women, and…for fat guys” because he wants “Kuiu to be an aspirational brand.” There are a lot of words I could choose to express my sentiments on that matter, but my editor would strike most of them since this is a “family publication” or whatever. I’ll just leave it at this: it seems unwise to ostracize two groups that make up a sizable chunk of hunters with purchasing power. Hunting should be an inclusive sport—not one that shuts people out.