There's more to fishing than just rods and reels 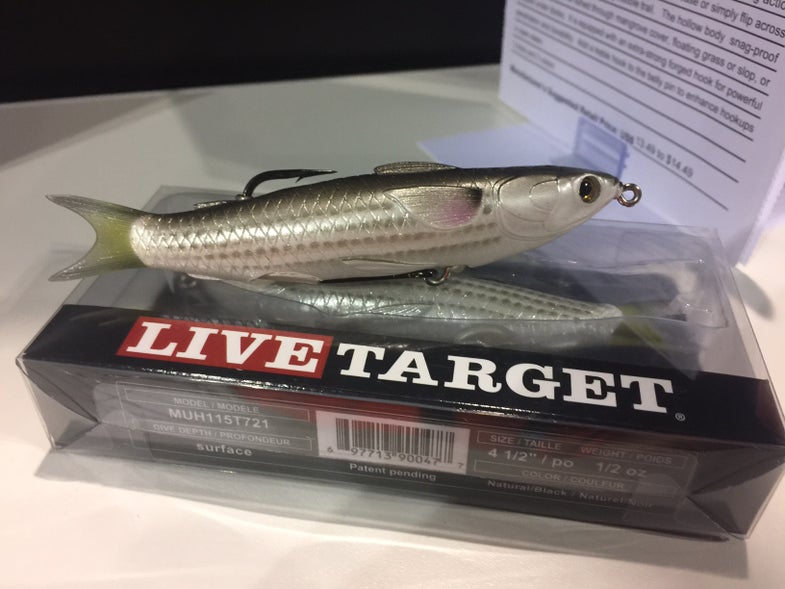 There are those who lament the timing of the ICAST show, the annual gathering of fishing tackle manufacturers where all manner of new gear is unveiled to members of the media and retail communities. The issue? The show falls during prime fishing season. Time spent at the show means time away from the water. This is true. But so is this: Walking the aisles of the venue made me want to fish even more. As one might expect, there are tons of rods and reels on display. There’s also thousands of lures, nets, and accessories. Here’s a short list of some of some of my favorites.

Following on the heels of the popular Helix line of graphing units, the Solix lineup adds touch-screen capability. The Solix uses Humminbird’s excellent MEGA imaging with CHIRP technology which uses multiple frequencies in the megahertz range – the first sonar unit to do so. Translation: Crazy sharp images and clarity that let you see under the water in a new way. The touch-screen functionality works similar to an iOS device with pinch-and-zoom functionality. The units also allow for the creation of custom presets that toggle between your preferred screen layouts in an instant. Available in 12- and 15-inch models, the Solix line ranges in price from $2,399 to $3,499.

When I first saw these lenses, I had two thoughts: First, I knew that a dream had come true. Second, that my dreams are kind of strange. But here’s the deal. I fish a few weeknight bass tournament series during the summer months. They typically end about 9 p.m., which means the final hour of each event is done as the sun rapidly fades. Normal polarized lenses are simply too dark to use during that “magic” hour. And I curse the setting sun every time. Costa’s Sunrise Silver Mirror lenses, are designed specifically for low light conditions. The lenses have a slightly yellow tint that greatly enhances visibility on cloudy days and, of course, during sunrise and sunset periods. Like all Costa lenses, clarity is excellent and the polarization is top-notch. The lenses are available in a variety of frames, starting at about $120.

Live Target’s Hollow Body series has quickly gained a big-time following. With the introduction of the Mullet, the saltwater crowd may soon join that legion of followers. The bait can be used in a walk-the-dog retrieve or burned across the surface for a splashy, bubbly trail that draws strikes.

The bait is virtually snag-proof, enabling use in mangroves other sticky cover. Available in three sizes and two colors, the lures start at $13.49. 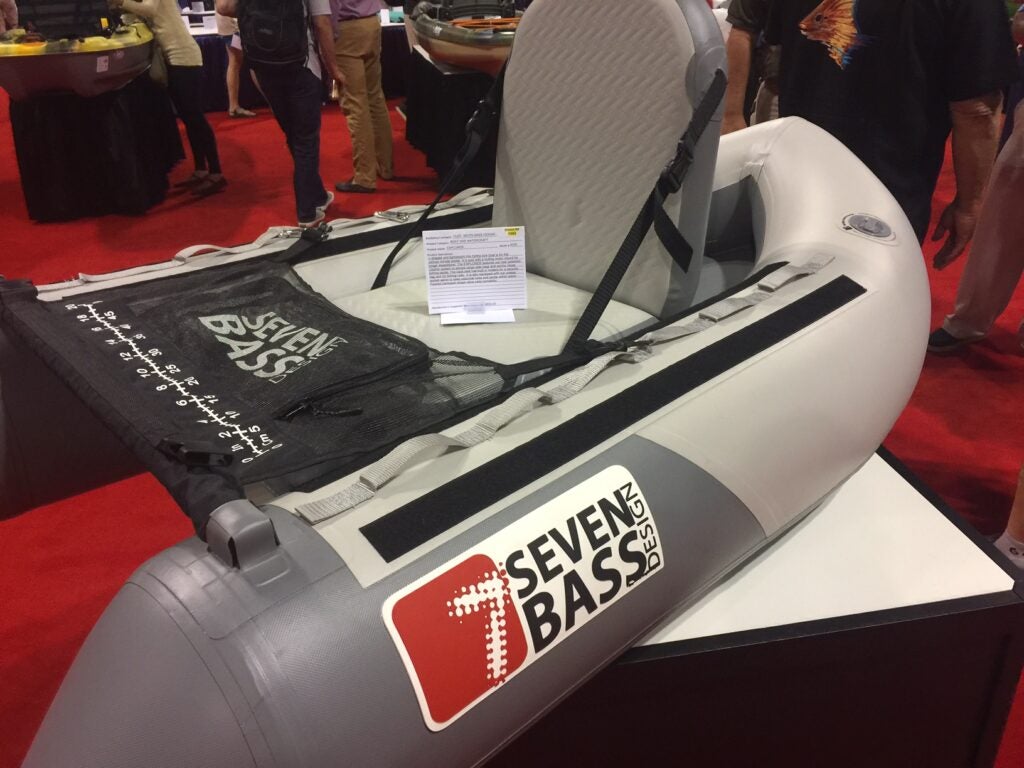 If there was a trend at this year’s ICAST show, it was the inflatable/portable fishing vessel. Seven Bass Design is making some of the coolest inflatable boats and the Explorer is their latest offering.

The u-shaped inflatable includes a trolling motor kit and a slick Clipline system for securing cargo bags and tackle. It has built-in rod holders and smartly designed pockets for quick access to essential fishing gear. It also comes in at an affordable $559. 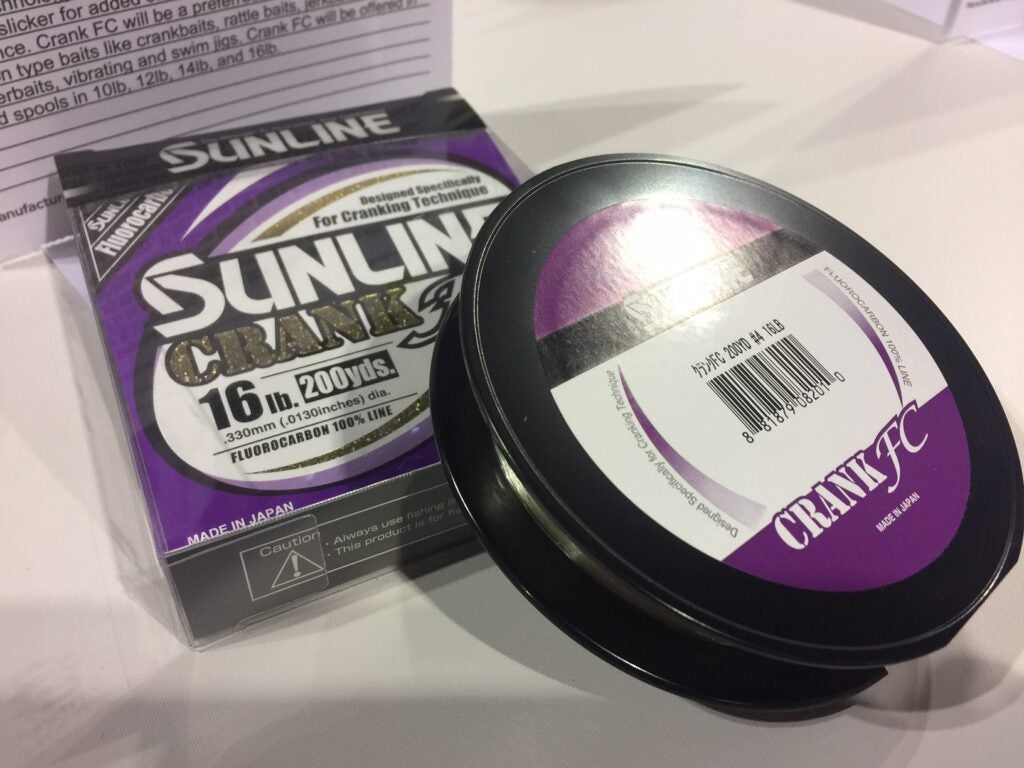 Sunline’s top-notch family of fluorocarbon lines has become a fixture among anglers. When I first heard of the brand and its eye-popping price, I figured the line must have been spun from fibers of gold. Instead, I found a fluoro line that actually casts well, is easy to manage and is available in a number of technique-specific formulas.

The new Crank FC is built specifically for use with crankbaits and figures to be a highly popular addition to the lineup. The line is made of 100 percent fluorocarbon but also adds some built-in stretch for absorbing some of the impact common from the reaction strikes that fast-moving baits deliver.

Sonar units aren’t exactly new to the ice-fishing world. But a unit that features CHIRP technology made specifically for on-ice use is. The HELIX line includes two versions — one with a 5-inch screen and one with a 7-inch screen. Both feature CHIRP sonar for outstanding clarity and detail and each unit also includes GPS functionality with built-in Lakemaster charts (another first for an ice unit).

For those who love a traditional flasher, you’ll be happy to know the units offer a flasher view and a cool split-screen option that puts the flasher on one side and more detailed sonar on the other. 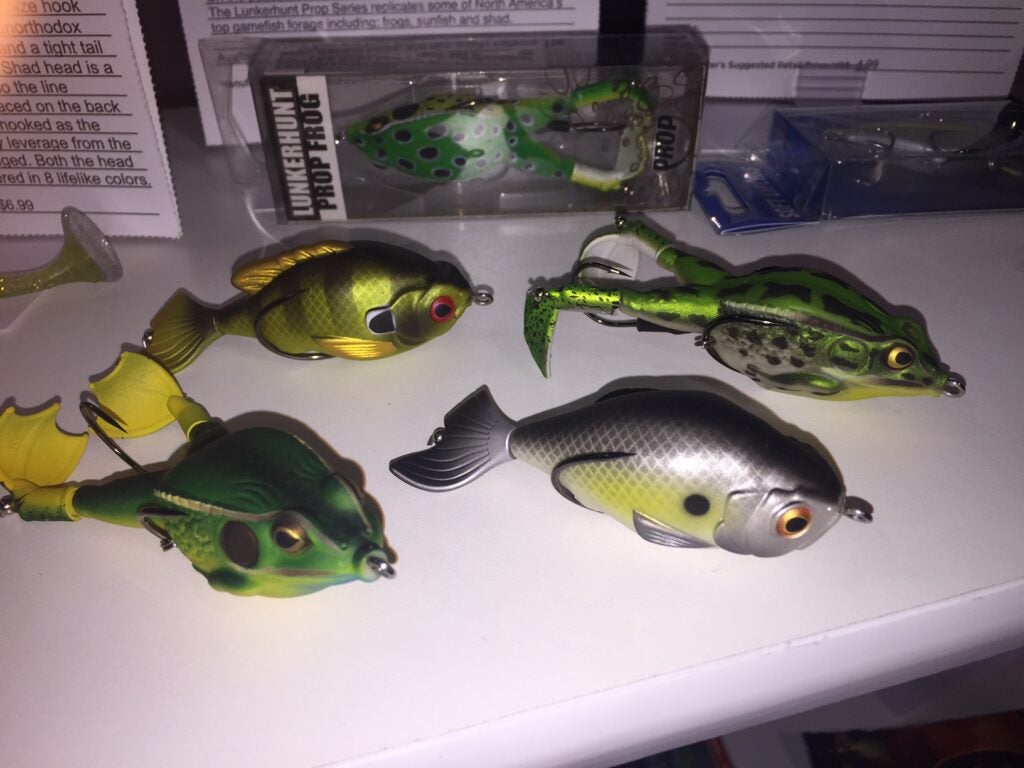 Just when you think ever version of a hollow-body from has been done, a new iteration comes along.

This is the Prop Series from Lunkerhunt. The line features the Prop Frog and Prop Fish, are available in three body styles and 18 color options. The concept is pretty cool. Rather than dress the standard hollow-body baits with skirted legs, the baits employ free-spinning propellers on the back. These props create plenty of splashing and gurgling when retrieved across the water.