It is the greatest folly to risk a hunt with a rifle that doesn’t shoot where you aim. Last fall,... 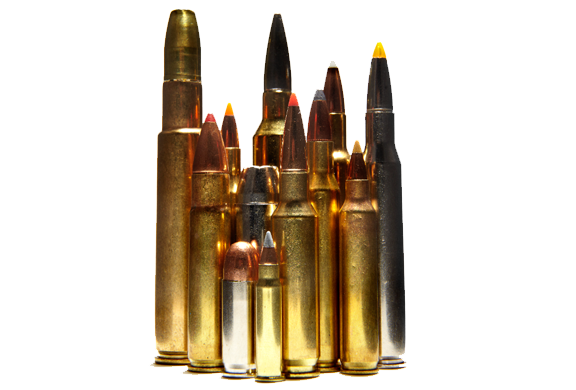 It is the greatest folly to risk a hunt with a rifle that doesn’t shoot where you aim. Last fall, a pal missed two fine bucks because he trusted someone else to zero his rifle, only to later find that it was hitting 13 inches high at 100 yards. He could have checked his zero in minutes with very few shots using this economical method.

Step 1
To begin, bore-sight it. Using sandbags or a shooting rest to support the rifle, remove the bolt or open the dropping-block action. (A lever-action, pump, or autoloader that doesn’t permit through-the-bore view can be bore-sighted with a collimator fitted to the muzzle.) Looking through the bore, align it with a distant object. I use a rock on a hillside half a mile away. Next, adjust the scope’s windage and elevation dials until the reticle settles onto yon rock.

Step 2
Next, scrounge a big box—an appliance box is ideal, but it should be at least a yard wide and as tall. Tear a sheet of printer paper into quarters. Tape one quarter in the center of your box. Pace off 35 yards from your shooting bench or rest.

Step3
Now steady the rifle and fire one round. The bullet should drill your 4×5½-inch paper target. If you didn’t bore-sight the gun the strike might be off that mark; but it should at least hit somewhere on the box.

Step 4
If you can secure the rifle so the sight remains on the target, use the scope’s adjustments to move the reticle onto the bullet hole. Another option is to count clicks as you turn those dials the way you want the bullet to go. At 35 yards, you’ll need 12 clicks of quarter-minute dials to shift impact one inch.

Step 5
If the first shot was far off the mark, fire another after adjusting, then move the box to 100 yards. With modern hunting loads, a center hit at 35 yards means a near-center hit at 100. To extend point-blank range, you want a 200-yard zero. After the first shot at 100 yards, adjust so the next shot hits 2½ inches high. Here you need four clicks to shift impact an inch. Move the box to 200 yards, fire, and adjust to center. Confirm with a three-shot group. You’re finished. Given careful bore-sighting, you’ll have used as few as seven cartridges, total—plus a rock and a box.

Want more tips and projects to save you cash in the outdoors? Click here.

Got your own DIY tips to share? Email us at howto@outdoorlife.com.