Four Factors to Plan For On Your Next Woodcock Hunt

Any time woodcock season is open is a good time to go hunting. But it’s also true that there’s usually... 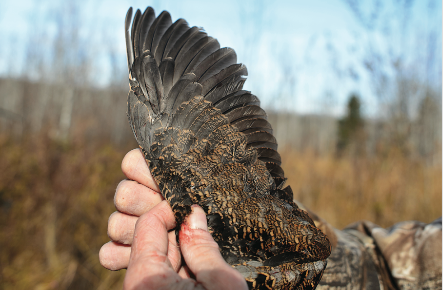 Any time woodcock season is open is a good time to go hunting. But it’s also true that there’s usually a special week or so when migrating birds are passing through in good numbers. Passionate woodcock hunters simply call it “the flight.” They dream all year of those magical days when the bogs are bursting with new russet-­feathered, long-billed arrivals.

You can play the law of averages and bet on the birds being around during windows that have been good in the past. But an average is just that: a middle ground hovering between multiple extremes, some of them seemingly quite random.

For my particular neck of the woods—a swath of central Minnesota roughly straddling the 46th parallel—average woodcock flight dates fall around the very middle of October. But my 31 years of woodcock hunting logs tell a much different story, with records of inbound flights peaking as early as September 29 and as late as Halloween.

Those dates might not apply to your specific region, but the concept is critical: Flight timing is different every year. Four factors in particular come into play.

Woodcock live in low, moist areas where they use their long bills to probe for earthworms to eat. When the ground freezes hard, the birds must move on. Strong freezes to the north, along with cool daytime temperatures where shaded lowlands might not thaw during the day, will move woodcock southward into your hunting area.

Monitor weather conditions in the places your woodcock will be coming from. They’ll be a day behind the cold temperatures and hard frosts up north.

2) Moon
Studies show that more woodcock migrate when the moon is gibbous (more than half full) than when the moon is in a quarter, crescent, or dark phase. And within the gibbous phase, a waxing moon—one that is growing toward full—is better than a waning moon.

The bottom line is simple: A big, bright moon means woodcock are more likely to be on the move, as the light helps the low-flying birds avoid obstacles during their travels.

3) Wind
A north to northwest wind brings birds in. A push on the tail helps woodcock move farther while expending less energy. But a northwest wind also indicates the passage of a cold front. With skies clearing and temperatures dropping to the north and northwest, birds will go on the move into your area.

4) Sky
Clear skies go hand-in-hand with strong woodcock movement. Quite simply, the birds can see and use the stars and moon for navigation purposes. I tend to believe the birds could do it under cloud cover anyway—they seem to have some magical built-in GPS we can’t understand—but clear weather is dry weather, and that’s better for flying.

What’s more important for the woodcock chaser is the status of cloud cover when the flight is actually in. Relatively mild temperatures keep woodcock forage available too, and the good hunting hangs on.