Devil Birds: How to Hunt Chukar

If you’re hunting them correctly, chukar will have you running, climbing, cursing, and sweating. Then shooting. 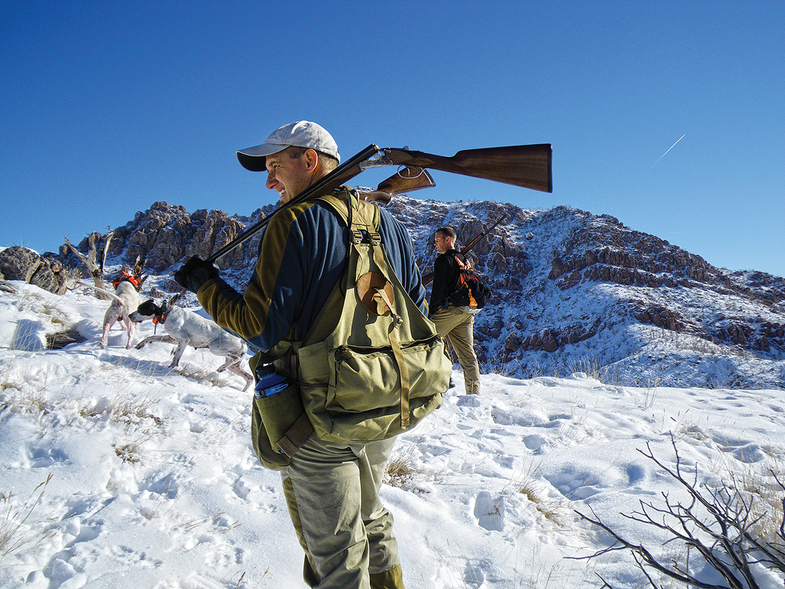 It is literally a running joke: The first time you hunt chukar, it’s for fun. After that, it’s for revenge. That’s because these “devil birds” lead you a merry chase up the nasty hills they inhabit. You will follow, clawing, slipping, and sliding, only to watch them fly downhill before you’re close enough for a shot you’d be too out of breath to make anyway.

These aren’t your game-farm chukar. The wild ones dwell alongside bighorn sheep, one indication of how rough the country can get. Dry, scabby, rubble-strewn hills are home to chukar. Add their favorite food, cheatgrass, and they couldn’t be happier. Alectoris chukar eats the seeds of this weed most of the year, then grazes on its green shoots once the fall rains start.

In hot, dry conditions, you can often ambush them en route to or from a stream. But when showers grace their parched habitat, any depression in a flat rock holds enough moisture for these scrappy birds. That means they could be anywhere, though it seems like they always distribute themselves uphill from wherever you find yourself.
A big-running pointing dog is ideal for these birds, whose density is often tallied in single digits per square mile. If he also retrieves, you’ll minimize your own downhill slides and uphill slogs.

Choke your double gun Improved Cylinder and Modified, because most shots will be at 30 to 40 yards. You want to drop birds stone dead, or they could glide hundreds of yards down a hill that you’ll have to climb back up. You’ll like heavy loads of No. 6 shot for the same reason.

If you have the luxury, and leg power, start your hunt at the top of the hills. You will cut off any uphill chukar escape routes. Then, traverse slopes toward likely haunts: cheatgrass stands, sagebrush slopes, and broken-edge country characterized by rimrock and rocky outcrops. If you find benches, bowls, and level spots, spend extra time in these places, because they are where coveys like to spend the middle of the day.

When you flush a covey, don’t assume all its members took wing. Often a slow learner will hold tight, flushing long after his covey mates. Save your second shot for this gimme bird while your friends are making excuses for their Hail Mary salvos.

A successful chukar hunter’s adage is, “Never give up altitude.” Once you find birds at a certain elevation and habitat type, it’s likely you’ll find their cohorts in the same type of place on the next ridge. That lesson will prevent you from being the butt of the joke that started this tale.

Where to Find Chukar
Vast swaths of public land hold chukar in the West, almost all of it administered by the U.S. Bureau of Land Management. One way to find chukar country is to look for the darkest portions of a nighttime satellite photo of the Lower 48. In other words, uninhabited land.

Bring plenty of water for you and your dogs, hunt with a friend, leave word (and a map) noting your destination, and carry first-aid and survival kits.