How to Attract More Quail to Your Property

Springtime in my part of the country is sounded by the cacophony of courting birds striving to be heard above... 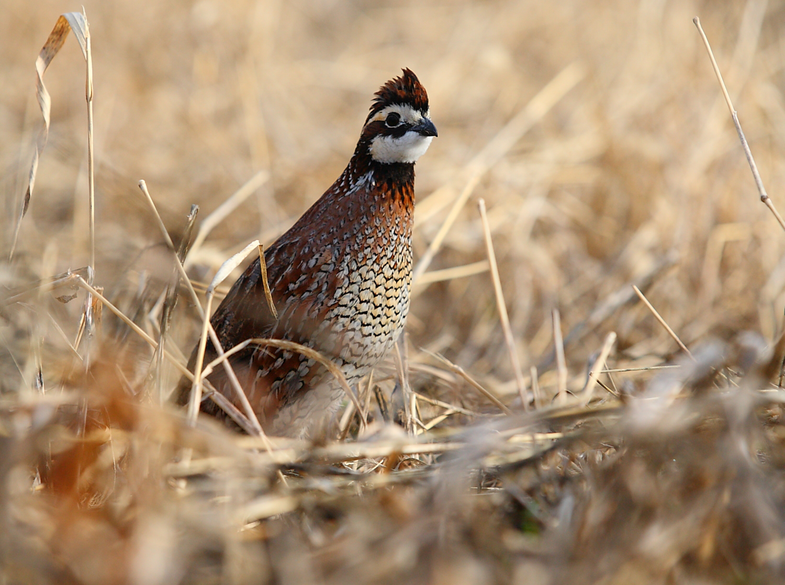 Springtime in my part of the country is sounded by the cacophony of courting birds striving to be heard above the rest. Earlier this year I heard a bobwhite in a hayfield near my home, advertising his availability, though there was no answer to his call. Still, it set me to thinking about something that the late Billy Taylor told me long ago about quail and how to get them jump-started on a piece of ground.

Billy had been game manager at one of the big quail plantations of southern Georgia and upon his retirement was hired by what was then called the Florida Game and Fresh Water Fish Commission to manage its Blackwater River State Forest Field Trial Area and Quail Management Area north of Milton. The area under Taylor’s charge encompassed several thousand acres that previously had been open to hunting and was then inhabited by some of the cagiest quail in northwest Florida. They had to be, given the popularity of bird hunting in those days.

The best that could be said for these wiry little Cracker birds is that they usually would hold for the point long enough for a hunting party to get at least one shot at the covey rise, though that was never a sure thing. It took a quick shooter and a bit of luck to get off two shots, as any surviving quail would whoosh away in singles and doubles to the nearest titi thicket and disappear until another day.

Though the bird population was sparse at best, Billy knew that all the habitat requirements were there to rival anything the Flint River valley of Georgia had going for it. The Blackwater was managed for pine production and was well-tended. The forest floor was burned regularly in early spring and thereafter generated new growth of seed-producing grasses and forbs. In the spring of the year, thousands of the bright yellow flowers of the partridge pea twinkled in the piney wood’s dark corners, and these in turn produced the pods of seeds that quail and other wildlife relished later in the year. Billy’s work crew added strips of Korean lespedeza to supplement the natural food and provide more variety.

At any rate, everything that needed to be there was there, except for the quail. Billy’s approach to fixing that problem might be considered ingenious, though Billy Taylor would have said it was only a matter of applying common sense. Instead of just buying lots of pen-raised quail and releasing them willy-nilly here and there, Billy followed a proven formula for success.

In the spring, about the time the wild coveys were breaking up into mating pairs, Billy would drive the Blackwater’s logging roads at first light and listen for cock birds. Once he heard one, he would stop, get out of his truck cab, walk around to bed, retrieve a couple of hen quail from the cage he kept there, and let them go into the undergrowth. His rationale was that the wild bobwhite eventually would call the hens to him, or they would call him to them, and the start of a new covey would commence. The cock would look after the hens, show them where to eat and how to keep away from hawks and foxes. Otherwise, they would just be a couple of pen-raised hens that wouldn’t know how to survive.

I was satisfied that Billy knew what he was talking about. The quail population in the Blackwater did eventually flourish and the field trial area became a nationally known venue of major bird dog trials.

Billy’s dilemma is one that’s shared by most of us in what used to be the nation’s quail belt. There’s a single spring bird calling bobwhite, if any at all. Recovery has mainly been focused on dumping pen-raised birds, but biologists can tell you the appallingly low rates of survival of these naive hatchlings.

If you’re interested in bird hunting and have the right kind of land for it, you might try Billy’s strategy for starting coveys, though no doubt there are a number of other factors that enter into it—habitat and predation being chief among them. Still, it wouldn’t be an expensive experiment to undertake on your deer-hunting property, and could expand your hunting calendar somewhat when other seasons have come and gone. So while you’re sitting in the deer woods this fall, and there’s nary a deer in sight, start planning your quail rehabilitation strategy.

Besides, you might be like me: When I hear a bobwhite in the morning, I like to hear a chorus and not just one lonely bird.

Author’s Note: I’m clocking out for now. After spending the spring and summer doing my chores and saving up money to pay for licenses and stamps, I’m going hunting for awhile. Hopefully, I’ll meet up with you again next spring, if not before.