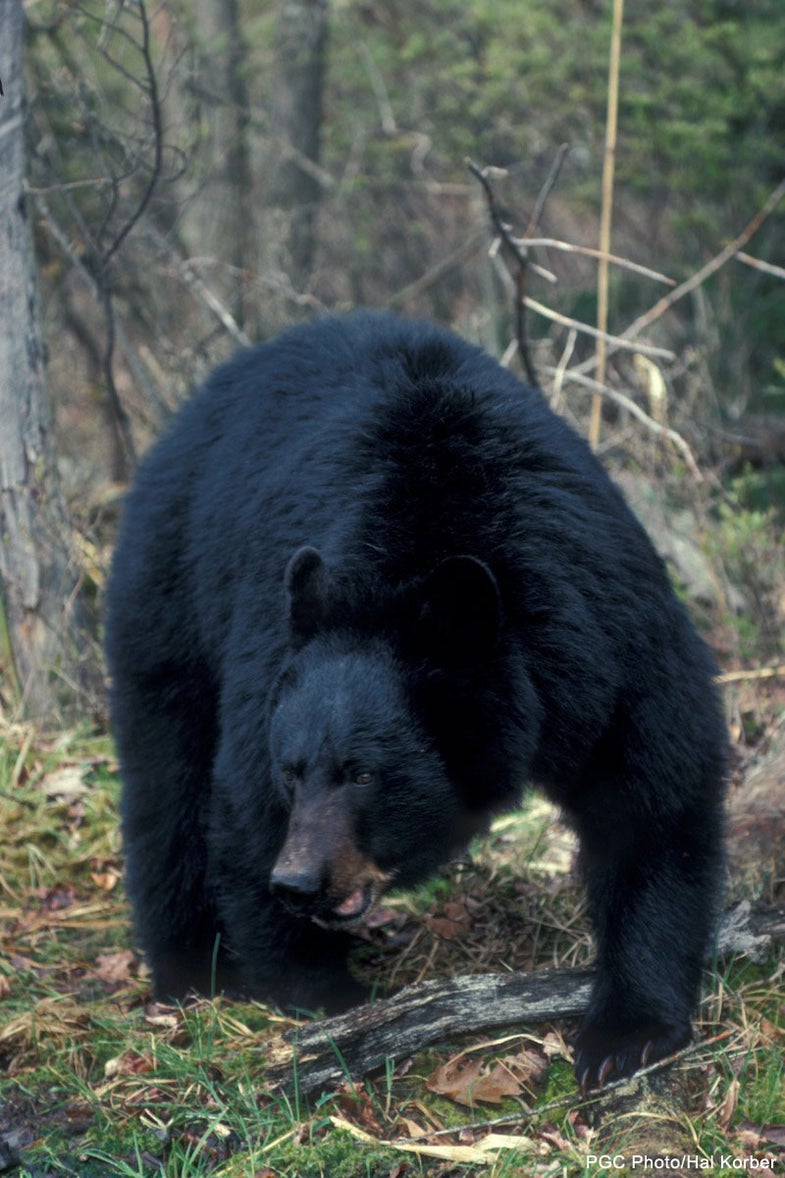 If I told you I knew of a place where giant 7-foot black bears are so underhunted that they’re dying of old age, and the limit is two, you probably wouldn’t believe me. Not only is it true, but if you hunt bears there during the spring season after June 1, you can also kill 15 deer, with 5 in possession.

This magic place is the Queen Charlotte Islands, which sit about 100 miles off the coast of British Columbia just south of Alaska. I had heard of the huge bears on the islands for years, but I couldn’t find much information about them. I was repeatedly told that the Queen Charlottes were quite possibly the top salmon-fishing destination along the West Coast, but no one seemed to know much about bears.

That all changed two years ago, when Kevin Olmstead purchased the outfitting rights on the islands. Kevin built a lodge and set out to explore the area. There are more than 100 islands, but the majority of the land mass is provided by Graham and Moresby islands. Kevin realized that most of the two big islands, and many of the smaller islands, had never been hunted, except perhaps by a handful of residents. To access these isolated areas he flew hunters into camps or dropped them off by boat.

I chose the latter option to hunt bears there last spring. Guide Marty Thomas and I left the dock with a boat full of gear and headed to a tent camp where we’d live for several days. Upon reaching the shore of the island, we loaded our equipment into a vehicle that had been rented from a few loggers who worked old clear-cuts, salvaging cedar logs. Then we drove to camp and moved into a comfortable tent.

The island was heavily logged years ago, but it has large areas of old-growth timber. The mosaic of feed and cover, coupled with a lack of hunters, made this a giant-bear utopia. There was a good road system throughout much of the island, but the bears congregated on the upper-elevation roads that had been “deactivated.” These roads were closed to vehicles, and our strategy was to walk along them as quietly as possible while stalking.

I’ve never seen clover as lush as what I saw along those old roads. It was almost a foot high, and bear droppings were everywhere. I expected to see a bear in any direction, so I wasn’t surprised when we spotted a huge bruin after we’d hiked about two miles. The bear was enormous and was stuffing himself with clover. His bulk left no doubt as to his size, and I had my rifle on my shooting sticks when Marty confirmed he was a good bear. The Remington .300 Ultra Mag. cracked, and the great bear tumbled down the slope. We found him piled up 30 yards away from where he was hit, a gorgeous monster with a sleek, unrubbed hide that squared better than 7 feet. Once we had the meat and hide back in the truck, Marty and I felt we had earned a good night’s rest. We slowly crawled out of our bags in the morning to try for a deer.

Sitka blacktails inhabit the island in unbelievable numbers. Only bucks are legal from June to September, after which any deer is allowed. I was eager to take a buck, since in my estimation there is absolutely no venison in the world that can beat that of the Sitka blacktail. Before noon, I put down a dandy buck that had six velvet-covered points.

By the time Marty and I left the island, we’d seen six more bears, but I passed on them all. If I took a second bear, it would have to be as big as or bigger than the one I shot. Besides, I was eager to try the salmon and halibut fishing that Kevin offers his clients.

After a night at the lodge we hit another home run, pulling plenty of salmon and halibut into the boat. Then it was time to look for another bear; Marty and I had decided to hunt Graham Island, the large north island that measures 50 miles by 20 miles.

Again we trekked up deactivated roads that were lush with clover and grass. We had barely left the truck when we began seeing bear scat. The higher we hiked, the more droppings we saw, and I just knew a bear would be around the next bend. Which is exactly where he was.

He was another giant, and again I took a bead on his huge shoulder. The bear went down in a heap and never quivered. Like the first, he was a 7-foot-plus bear, but this one had broken teeth, some of them worn down almost to the gum line. Plenty of scars and a deep slash along his neck indicated he was an old fighter.

Kevin’s plan is to take a few dozen hunters each year, rotating them into new areas that are unhunted. Even when he gains access to more areas on the big islands, he won’t put a dent in the bear population. Most of the big bears will continue to die of old age or be killed by more aggressive bears.

My next trip to the Queen Charlottes will be in the fall, when the black bears are fishing for salmon in the numerous streams. Kevin says this is a sight to behold, and there’s nothing like it anywhere else on the West Coast, especially since you can take home plenty of delicious venison as well. I’m fond of chasing bears, particularly monsters, and you can bet this fall hunt will be at the top of my list.

Leave the lightweight, zippy firearms in the gun case when you hunt black bears. Heavier is better, the heaviest you can tolerate and shoot well.

Bears bite back, and they have nasty claws. You don’t want a wounded bear on your hands or at your throat. My current favorite is Remington’s .300 Ultra Mag. (center), which just came on the market five years ago. The old standby .300 Win. Mag. (far left) is an excellent choice, and, if you really want a bear killer, consider Remington’s .338 Ultra Mag. (near left). I saw this cartridge absolutely hammer an Alaska brown bear last spring.

RAIN IS NORMAL Showers are likely along B.C.’s west coast. Wear waterproof garments, but make sure they are silent as you ease through brush. Bears have terrific hearing, and though many have never seen a human, they’re wary nonetheless.