How to Call Fall Bears Into Close Range

The odds didn’t appear to favor us: One rifle between four guys and an untold number of bears in the... 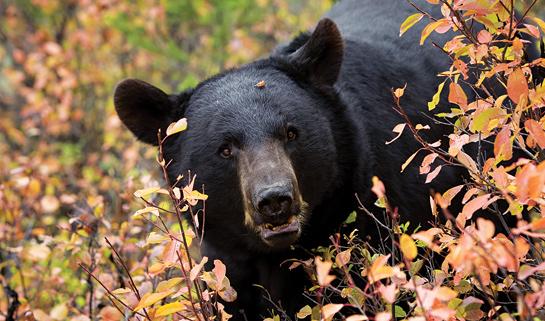 The odds didn’t appear to favor us: One rifle between four guys and an untold number of bears in the oak-brush canyons, which seemed to have been carved out of the northeastern New Mexico landscape by a glacial scalpel.

The terrain in this area, where the plains meet the mountains, was as diverse as the species it holds. We hunted pronghorn antelope on the prairies at midday, then in the evenings we headed west to the canyons with predator calls to work black bears out of the confusion of rimrocks and piñon pines.

We managed to kill four bears with four shells by calling them out of cover. This is not an activity for the meek. Calling an apex predator into close range requires all your senses, and the ability to spot them long before they get to your location. Many of these tactics are the same as those you would use to call coyotes.

Find a good position where you have clear sight lines. We were set up above the canyon floor, so we could see what was coming at us. If you don’t have a good view of where the predators will be coming in to your set from, then you risk never knowing what you had in range–or worse, getting surprised by fangs and claws arriving from your blind side.

Once you’re set up, complete a series of normal predator calls. Our simple rabbit squeal worked wonders. Distressed jackrabbits, wounded fawns, and shrieking birds–all those sounds should reel in a hungry bear looking for easy calories in the weeks prior to winter hibernation.

We typically sat in one spot for 45 minutes to an hour and called about every 15 minutes. After souring an area on the same call for series after series over two days, we switched up both the call and the tone and immediately got a response.
Use the wind to your advantage. Like all predators, bears use their keen sense of smell to detect danger, and they’ll try to circle downwind of your call to identify your scent. Set up in an area where you can kill them as they try to cut your scent.

Unlike coyotes, the bears we called in took their time getting to us. Once the bears worked in close–within 100 or so yards–they usually came stampeding in to the call.