When most bowhunters think about black bear hunting, they conjure up images of sitting over a pile of bait waiting... 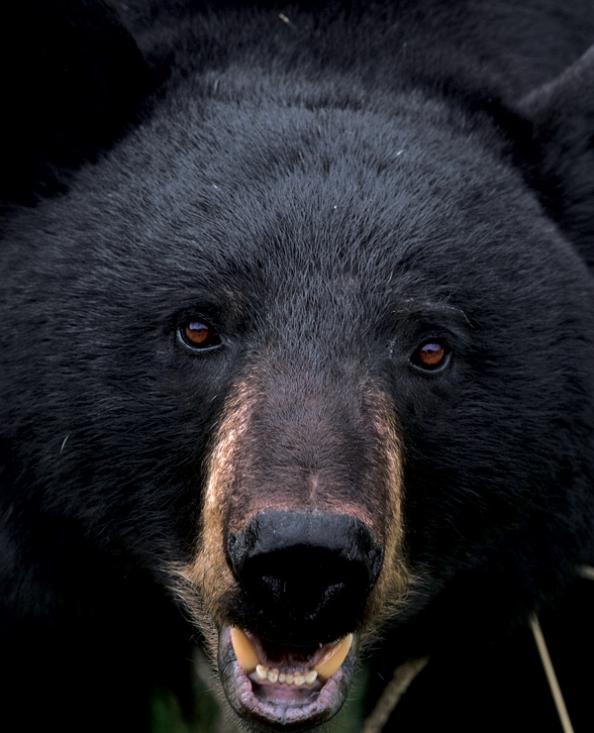 When most bowhunters think about black bear hunting, they conjure up images of sitting over a pile of bait waiting for a bear to come eat dinner–not that there’s anything wrong with that. But there are many places where baiting bears is either impractical or illegal. That’s where stalking or calling fall bears become the go-to tactics. How’s it done? John Schaffer, from Schaffer Performance Archery in Minnesota, has killed a pile of bears over bait, but when he wants to give his bowhunt a bit of an edge, he puts down some boot tracks.

“Bowhunters looking for a little fun should consider hunting black bears by stalking them,” says Schaffer. “It adds an element of excitement when the animal you are stalking can kill you.”

And that’s a huge advantage for bowhunters. Schaffer believes that because black bears aren’t afraid of much, it’s actually easier to stalk them than animals like deer or elk.

“Bears are high up on the food chain,” Schaffer explains. “As a result, they do things and react to things differently than deer. When they walk next to high brush or boulders, for example, they don’t spend much time worrying about what might be sneaking up on them. As a result, the advantage goes to the stalker.”

The Eyes Don’t Have It
A bear’s eyesight isn’t great, so you can get away with a fair amount of movement when stalking. The wind is what you must pay attention to.

“A bear has a better nose than almost any other game animal, and one whiff of human odor will cause a bear to take off,” says Schaffer. “You must hunt the wind when hunting bears.”

Sounds simplistic, but to spot-and-stalk bears, you must be able to see them from a distance, which means you must be hunting in fairly open terrain–preferably in the mountainous terrain of the West or in Alaska or Canada–where you can get above the bears and see them.

“Stalking black bears provides a great introduction to the world of spot-and-stalk hunting, particularly for bowhunters,” says Schaffer. “The success rate is high. In fact, if you’re hunting in an area with abundant food, you’re likely to see a lot of bears and get several stalking opportunities. When my kids get old enough to hunt, I plan to take them on a spot-and-stalk bear hunt. It’s just plain fun, with an added dose of excitement.”
**
Call of the Wild**
Another bait-less bear hunting tactic that is gaining in popularity is calling bruins in with a predator call. Think of it as a sort of reverse stalk–an animal that could kill you is actually hunting you down. Calling is Peter Brown’s bear hunting technique of choice. Brown, owner of Extreme Dimension Wildlife Calls, regularly hunts black bears with predator calls.

“Calling in black bears in the fall is a killer tactic, especially in the late fall, when bears are hungry,” says Brown. “After all the crops that are harvested in the fall are gone and most of the acorns and other foods available in the woods have been cleaned up, bears get desperate for food, especially just before they hibernate. They need to pack on some pounds.”

First, Brown uses a fawn-in-distress call. Then he grunts like a boar or imitates a bear snapping its jaws. “If you want to outsmart a bear, make it sound as if there is another bear already in on a fawn in distress. A real bear will often come running to investigate,” says Brown. “Calling in bears works well, but remember to work the wind and spray down with some type of human odor eliminator, because bears often come from downwind.” Brown also uses bear urine at his setup to add another dimension of realism.

Regardless of which method you choose, one thing is certain. If you want a hair-raising experience, hunt bears at eye level.