A brief history of the bush plane. 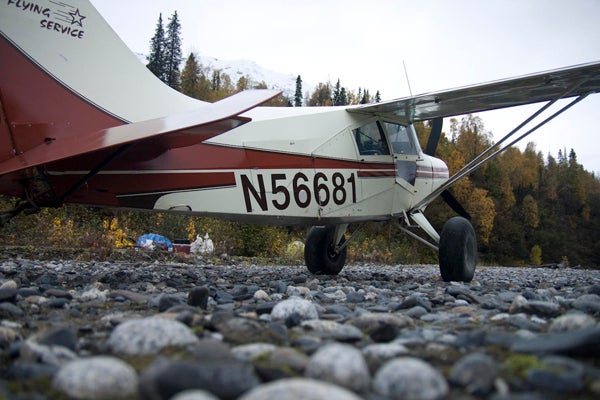 Given the isolated nature of bush flying, it’s challenging to piece together a linear history of it. One may be inclined to consider it, first and foremost, a profession. But because it’s so steeped in exploration and mystique, perpetuated by stories swapped in backcountry bars and rusty-roofed cabins in the rippling foothills of mountains, it seems more appropriate to regard it as the end result of a long-lasting grassroots movement–something born out of necessity and a boldness of spirit rather than the allure of money and the need to make a living.

In the United States, about 560,000 airplanes take off and land each week–a staggering number that makes it easy to forget that aviation is only a little more than a century old. For the first few decades after Orville Wright successfully piloted the Flyer 1 with his brother Wilbur looking on in the winter of 1903, flight and aeronautics were considered to be only marginally legitimate pursuits and pilots were pariahs. Archie Satterfield, author of Alaska Bush Pilots in the Float Country, says, “Airplanes in the States were still considered a toy for daredevil barnstormers whose public image was in the same category as a carnival and circus folk.”

But there were notable motivations at hand that nudged flying into the public consciousness, and particularly, gave rise to some of the first bush flights. Gold was discovered near Alaska’s Klondike River in the late 1800s, which resulted in a boom in Alaska’s population. It drew not only of money fiends and gold prospectors, but also individuals with a general desire to inhabit the pristine land. By July 18th, 1922, when a World War I veteran named Roy Jones brought his open-cockpit, 180-horsepower Curtis plane (the aptly-named Northbird) to start a commercial airline service in Alaska, flight was seen as the finest method for traveling past the land’s treacherous mountains, dense forests, and unforgiving snow tundra–essentially, “the bush.” Miners were flown to different mining towns, photographers were given the chance to document Alaska’s enormous topography and tourists were given the chance to see the picturesque woodlands from the air. Jones encountered countless tribulations for the next couple of years–including individuals, unfamiliar of the new-fangled machinery of flight, walking into whirling propellers–but he proved that Alaskans benefited from having a strong-willed, jack-of-all-destinations pilot willing to navigate over the bush.

A fraternity of bush pilots soon emerged, and the advantages of flying became more significant. The United States passed the Air Mail Act (also known as the Kelly Act) in 1925, which allowed nearly 80 percent of the mail revenue to go to smaller, private companies and contractors that operated the airmail service. Commercial aviation, as a result, was greatly altered, and an entire, sustainable industry of private airlines was now practical.

Across the United States and all over the world, bush flying and privately-owned airline services were finding work carrying mail, transporting miners and loggers, providing medical rescue services, and trekking tourists to secluded spots. Vern Gorst, spurred by the Air Mail Act, started an air taxi service with flights up California and the West Coast, “many of which involved night flying with no navigational aides other than a compass,” according to one author.

Another legend of bush plane lore, Frank Barr, initially worked out of Canada with his trusty plane, La Cucuracha (a reference to his early days as a border guard, where he was assigned to keep Pancho Villa, among others, from crossing into the United States).

Barr is renowned not only for his proficient skills as a pilot, but also his backwoods savoir-faire. Supposedly exceptionally cool and collected, Barr was a frequent victim of mechanical misfortune; his plane often broke down in the bush, leaving him to fend for himself and fix the aircraft from scratch. He reputedly spent weeks at a time stranded in the wilderness before managing to jury-rig some temporary patch or part for his plane.

In fact, despite the remarkable skill and tenacity of the early bush pilots, the technology of human flight was still in its puerile stages and equipment could be understandably crude. Archie Satterfield says, “The early engines were extremely undependable. They weren’t adequately cooled, used a lot of oil, had inferior bearings and the castings on the cylinders were little more than pot metal.” 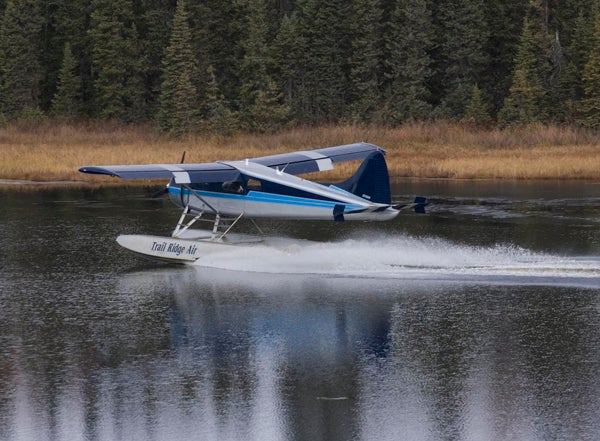 But the planes gradually improved, slight tweaks and aerodynamic alterations happening year after year. Big names in the airline world like Pratt & Whitney developed better, forged pistons, and the planes got lighter and stronger. Many different models of planes were used in the subsequent decades. Some, like the Lockheed Vega, were mounted on floats to become seaplanes. By the 1940s, the single-engine Noorduyn Norseman had become wildly popular among bush pilots, and the de Havilland DHC-2 Beaver developed a following soon after that exists to this day.

Watch the video of Editor John Burgman learning to fly a plane.