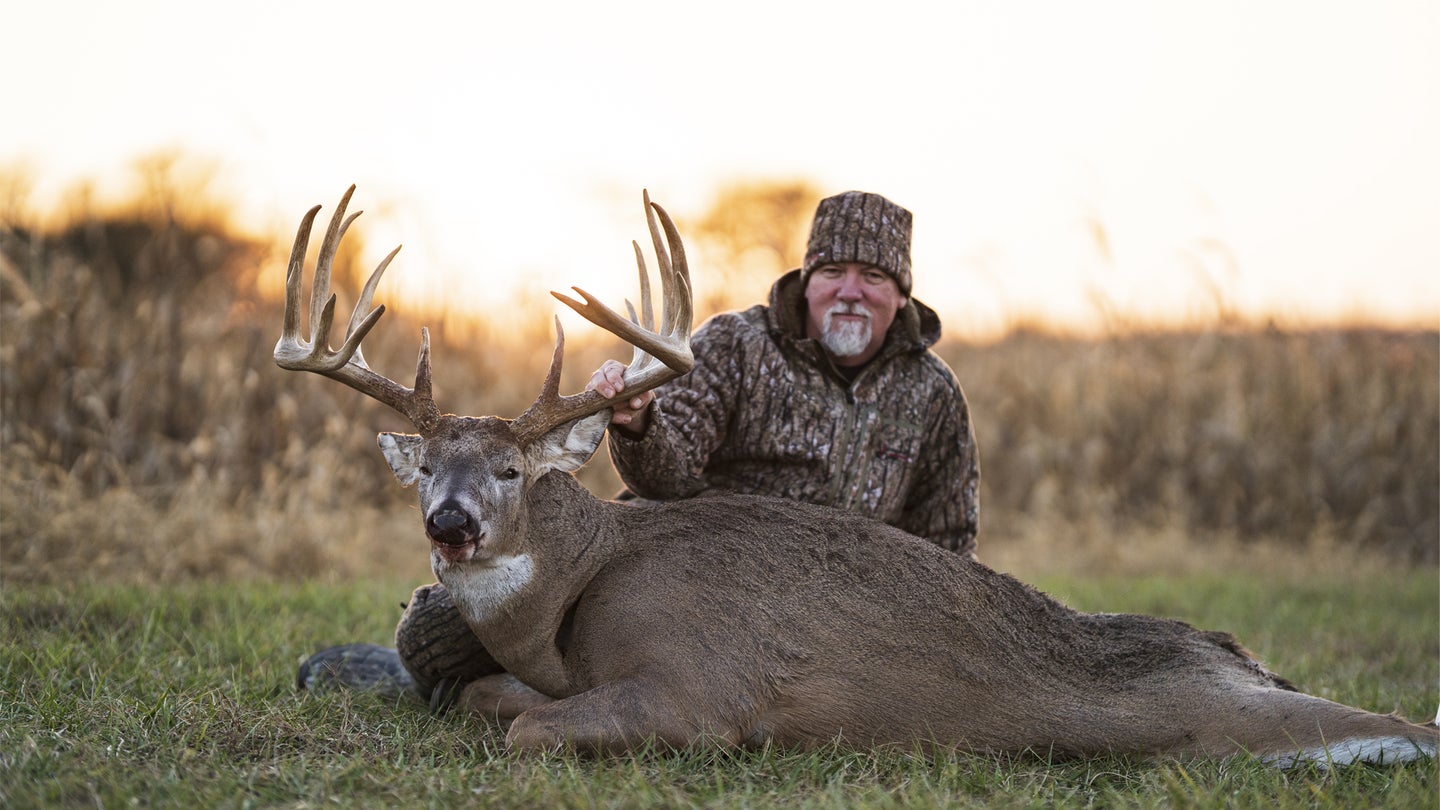 Bowhunter Don Higgins of Higgins Outdoors has officially had his immense Illinois whitetail buck scored. The verdict? It’s one of the top-ranking bucks in the record books.

According to Higgins’s Facebook page, On May 19, Higgins met with Pope and Young and Boone and Crockett scorers Tim Walmsley and Jim Barry, who officially scored the buck’s impressive rack. The men gross-scored the antlers at 221 1/8-inches of non-typical points; and 213 inches of typical points (197 3/8 inches net). This makes the buck the second biggest typical archery buck ever taken in Illinois, says Higgins, second only to Mel Johnson’s world-record whitetail, according to Higgins. The buck also ranks as the No. 6 all-time typical archery whitetail.

Higgins nicknamed the buck “Mel,” because her thought the deer had potential to best Johnson’s massive world-record Pope and Young buck.

Higgins first spotted the deer on his farm when it was just a good, healthy yearling. But the following year, the buck had jumped in antler size with an estimated 160-inch rack. It was the biggest 2.5-year old buck Higgins had ever seen. That’s when he nick-named the deer Mel, for its incredible potential.

“As a 3.5-years old, Mel was massive, with 18 points and an estimated 216-inches of antlers,” says Higgins. “That bow season I had him at 20 yards for 20 minutes, but passed him because I knew he’d get even bigger.”

Higgins found Mel’s sheds that spring, which scored about 216 inches with an estimate for the spread.

Higgins was getting plenty of trail camera pictures of the buck, but so were other hunters in the area. On a cold October morning this past season, Higgins arrowed the now 4.5-year-old buck at 7 yards. Higgins left and returned a couple hours later with his grandsons to find the buck, which had run only 50 yards.

At the time Higgins was recovering from the later stages of Covid-19, so his strength and endurance were tested. So he knew taking Mel at that time was the right decision.

“I figured Mel would still grow a better rack with age,” says Higgins. “I think he would have grown 20 more inches of non-typical points by the time he was six. But too many other folks knew he was in the area.”