This 13-point whitetail is Jefferson County's best ever typical buck 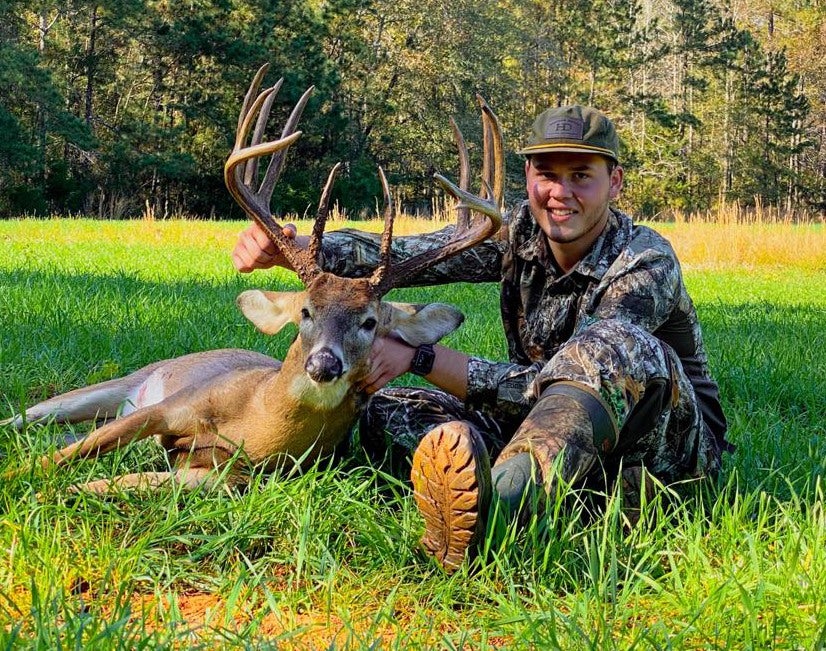 The rack was officially measured by Georgia state wildlife biologist and Boone & Crockett scorer I.B. Parnell, who says it’s the largest buck he’s ever scored in the state.

The deer is a main-frame 12-point, with an additional small unusual point. The buck gross scored 182 3/8-inches, with a net score of 174 6/8. The rack has very tall tines, with three of them each over 10 inches long, plus brow tines measuring -inches and 7 5/8s inches.

The rack doesn’t have excessive mass, and almost looks like a younger buck. Parnell estimated the deer at 4 1/2-years old. The buck was in full rut when Peters spotted him chasing does in a clear cut, while hunting from a shooting house on private land. He couldn’t get a clear shot at the deer from 250 yards away, so he left the stand and slipped toward the deer using ground cover for concealment. At 100 yards he spotted the buck, and spine-shot him with his 6.5 Creedmoor rifle.

While Peters had never seen the great buck previously, several neighbors subsequently showed him trail camera photos of the buck on nearby property.

Jefferson County is not generally considered one of Georgia’s premier big buck areas. But Peters says the county is coming on strong in recent years for producing great bucks, and plenty of them. Zac Peters is proud his home county is making headway in the whitetail world. Georgia is continuing to rise as mature-buck state. According to the National Deer Association’s annual report, 43 percent of bucks taken by Georgia hunters were 3.5 years old or older in 2019 (they’re still compiling data for 2020). That’s a solid increase over the past three years.