How to Grow a Deer Food Plot 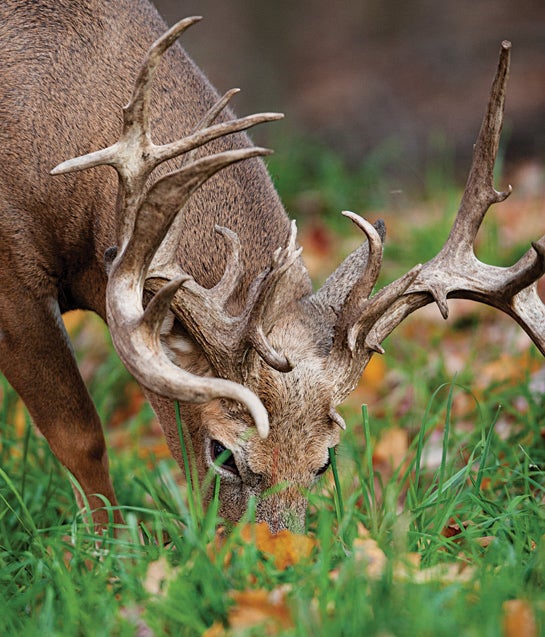 Why do we insist on making things so difficult? Clear the weeds; plant the seeds. A functional food plot need not be more complicated than that.

I am not a farmer, nor have I played one on TV. But I have established some deer food plots that drew plenty of attention from local whitetails. And I’ve done it without a tractor, a soil test, or owning a stitch of clothing in John Deere green. Most of my deer food plots average about a quarter to a half acre in size. Each requires an investment of less than $100 and just four hours to plant. I’ve not yet trademarked my process, but I have given it a moniker: The Cheap-Ass Plot.

The Cheap-Ass Plot is intended for one purpose: hunting. It’s not meant to provide tons of food for growing antlers in the off-season, to sustain deer throughout the winter, or to provide a lush background for hero photos. It’s meant to give deer a green destination when most ag crops are starting to turn brown. Thus the choice for forage is simple: oats.

Prep Work
Choose a location with a natural opening that allows sunlight to reach the ground and is easy to access without alerting deer bedded nearby. Load up a hand sprayer (about $10) with a solution of water and glyphosate–a chemical best known by the brand name Roundup. Ignore the urge to buy a product based on its name and you’ll get the very same chemical in generic format for much less at your local co-op or feed store.

Read the product’s label to determine the ratio of herbicide to water. Typically, I need about $15 to $20 worth of glyphosate for a half-acre plot and can spray it in about an hour. Give it a few days to work its magic after spraying. Once everything is dead, it’s time to clear the plot.

An ATV with a harrow drag can help tremendously here. But this is the Cheap-Ass Plot, so we’re going to use a metal-tined garden rake. The role of the rake is pretty self-explanatory and, at about $15, pretty inexpensive. You’ll also need a couple of bottles of sweet tea ($1 apiece). Just rake off as much of the dead foliage as you can. Cheap labor can pay dividends here. I suggest enlisting a 12-year-old who has designs on hunting the plot this fall. As he’s raking, you’ll notice between sips of tea that he’s also lightly working the soil. This is a good thing.

Time to Plant
Use a hand-held broadcaster ($20) to distribute the seed. I buy winter-hardy oat seed varieties at local elevators in nondescript brown bags. There are plenty of oats marketed specifically to hunters. I’ve tried them and noticed just one difference between them and the brown-bag oats: the price. Generic oats run about $25 per 50-pound bag, which covers half an acre.

With the seed on the ground, it’s time to go over the plot one more time with the rake, making sure to cover the seed as best as you can by raking it into the soil. Oats germinate quickly and deer will begin to devour those lush green shoots almost immediately. In my home state of Michigan, bow season opens October 1, so by planting the Cheap-Ass Plot around the end of August or early September, I’m in business by the time bow season begins.

If you want to make your plot really shine come bow season, broadcast urea at a rate of 50 pounds per acre with your hand spreader about two weeks before the opener.

Urea is 46-0-0 nitrogen fertilizer. Again, I’m not a farmer and certainly not a chemist. But, in terms of drawing deer, those tender green plants are appealing because they’re loaded with chlorophyll, which is used in photosynthesis. Photosynthesis creates food for the plant in the form of sugar, and it all begins with nitrogen.