Pre-Season Whitetails: How to Keep Deer Out of Your Food Plots (for Now) 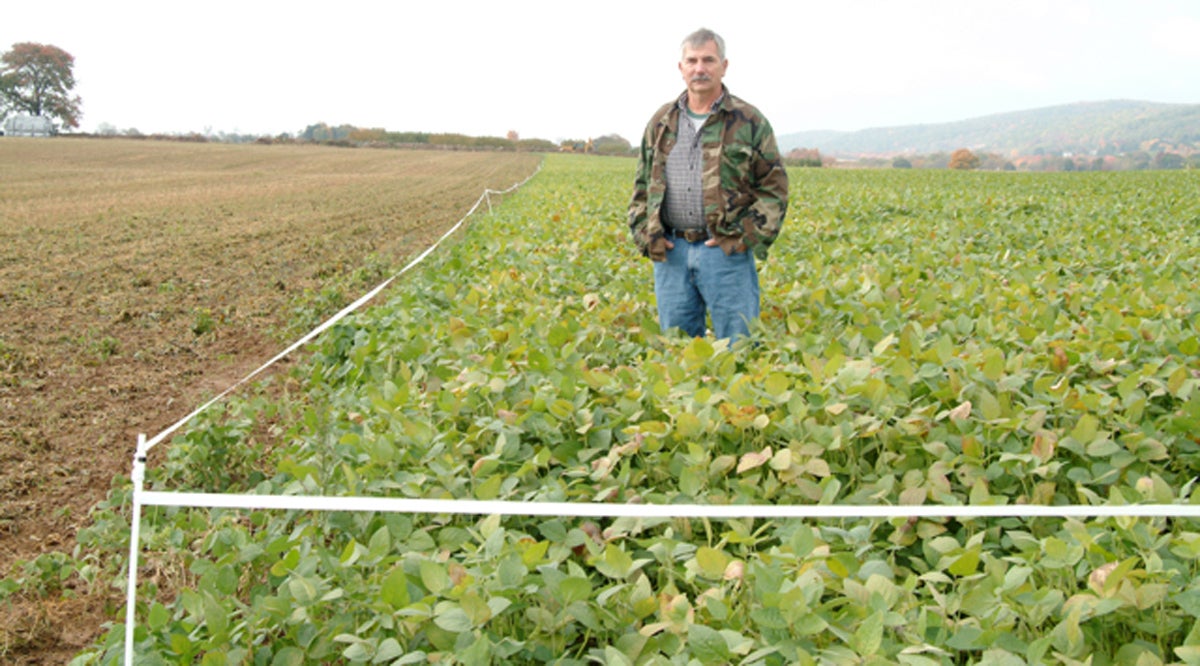 A plot that's been hit hard by deer over the summer (left) beside the same one that's been protected by Plot Saver. Messina Wildlife
SHARE

If you hunt whitetails with a gun anywhere in the South, chances are good you hunt over a food plot for at least part of the season. Hunters go to the trouble and expense of planting food plots for a variety of reasons. They want to improve the nutrition available to deer that frequent or live on a property. Perhaps they want to attract more deer. Maybe they want to have open shots at deer in areas where thick cover is the norm. Or maybe some combination of all the above.

One common problem associated with food plots, though, is that deer aren’t polite or patient enough to wait until the plants grow large enough to browse without damaging them. Consequently (and depending on the planting) land managers often see expensive food plots literally nipped in the bud before the plants have a chance to mature and do deer or hunters any good. Maybe some whitetails will go into the plot later on during hunting season, but chances are it will be a trickle rather than the flood you had been hoping for when you planted the plot.

If you’re suffering from too much of a good thing (i.e. ravenous deer) consider investing in any of a number of products produced to alleviate the problem. These practical solutions to keep deer out of a sprouting food plot range in efficacy.

To, um, hedge your bets, simply plant more seed and replenish it occasionally during the planting season. Wait as long as you can to plant food plots so that other growth will be established by the time plot seedlings are up. Also, encourage the propagation of native plants with prescribed burning at the recommended time, or plant other warm-season varieties elsewhere that eventually will not be available to deer after a few frosts. Perhaps most importantly, don’t plant food plots so large that they become unmanageable and you can’t employ better tactics discussed below. Several small plots are easier to deer-proof than one huge plot.

There are all sorts of sprays that can be applied to plantings that make them taste bad to deer. Some can be applied in small doses in specific areas where deer are entering a plot. Others can protect whole plots. Of these, Plot Saver is perhaps the best known. It’s actually applied to an absorbent ¾-inch ribbon that is strung around a foot plot on fiberglass stakes at about brisket level to a deer. A package with enough ribbon, solution, and fiberglass stakes and clips costs $60.

Farm stores and Internet outlets such as Deer Busters sell Miller Hot Sauce. A gallon costs about $170, but it goes a long way. In terms of cost and coverage, Deer Out might be the best alternative for the odor barriers. A gallon costs about $110, but makes enough to cover 40,000 square feet and reportedly several weeks. Deer Stopper, which is marketed by Messina Wildlife Management, and Liquid Fence, are two other spray-on options whose cost-to-coverage factor makes them worth considering.

Don’t take any marketing hype at face value. Ask other hunters, farmers, landscapers, or hunting-club managers what they’ve sprayed, if anything, to protect their immature food plots or even decorative flowers from overgrazing.

Of course, with all the liquid odor barriers, the downside is that they have to be reapplied, depending on rain and the duration of their effectiveness. That might involve a long drive to your hunting lease or club, where various biting insects will keep you company as you work under the hot summer sun. If you’re not really up for that, and can afford it, consider acquiring the best protection for your food plots: electric fencing.

Electric fences have been around for a long time, but only recently have there been models more suited to hunting property than cattle farms. These are available wherever products for farming are sold, and can be rigged with batteries for dependable operation to give deer a “nip,” as dog trainers who use electronic collars might say.

Zareba specializes in all sorts of deer-proof setups, some of which are powered by solar batteries, meaning you won’t have to change or charge batteries like you do for conventional power supplies. Premier 1 Supplies also sells a variety of electric deer fencing.

Plan to spend at least several hundred dollars, if not a few thousand dollars, to install semi-permanent deer fencing. The upside is that it will last for a long time, and once you’ve set it up, you don’t have to worry about it until it’s time to take it down again. Hopefully, that’s when your food plot is so lush with growth that the deer will be fighting each other to get at it.

There are new devices that employ sound to chase away deer. The Deer Repeller Pro, for example, costs less than $100 and can be powered with C batteries. It can be set up like a motion-detector trail camera. Point it in the general direction where deer are entering a plot and once it detects them, it will emit an ultrasonic sound wave that deer don’t like. No kidding.

There are also electric stakes, powered by solar or conventional batteries, that are positioned at various food-plot entry trails. The stakes actually attract deer with the aid of various scents, then deliver a mild shock when a curious deer touches its nose to the stake. Talk about your mixed message; who wouldn’t flee in confusion? Wireless Deer Fence sells three “posts” per package for about $60.

Finally, there’s my brother-in-law’s remedy. He’s a farmer, and his method for keeping deer out of newly emergent soybeans is to give them “the pop treatment.” It works, but his tools include a firearm, a spotlight, and crop-depredation permits. His treatment is not recommended for those who wish to deter deer temporarily, rather than remove them permanently. For that, he has me.