After 15 years of competing with five second-place finishes, Randy Hendrix of Winston-Salem, NC knew he needed to up his... 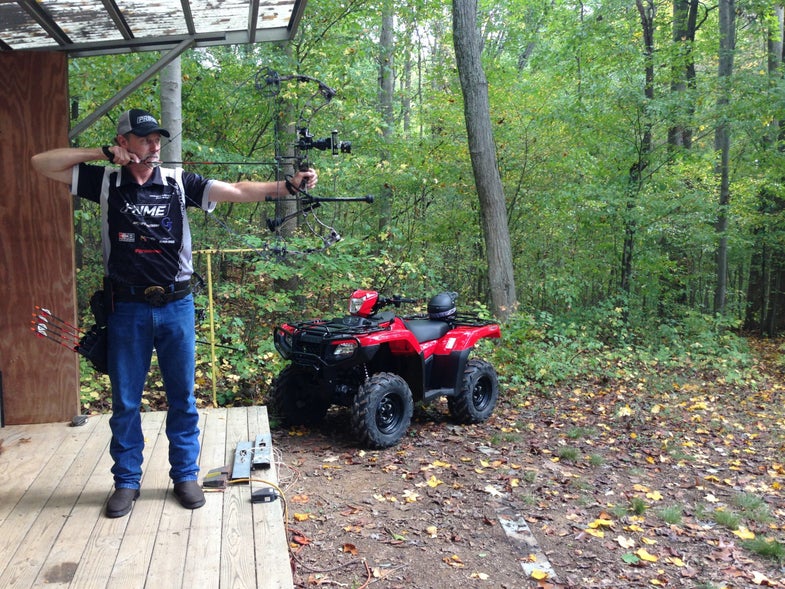 After 15 years of competing with five second-place finishes, Randy Hendrix of Winston-Salem, NC knew he needed to up his game. He built a computerized custom archery range in his backyard and has since won the Buckmasters Top Bow World Championship twice. Watch Randy give Mark Wills an inside look at his “extreme” backyard and test out the range first-hand.

Randy Hendrix was born and raised in Winston Salem, N.C. He shot his first compound bow in 1978 and has been an avid archer ever since. Hendrix has won many local and state competitions and started shooting at the OPEN PRO level at the ASA Pro-Am and IBO shoots in 1991. He competes in every type of archery competition: 3-D, NFAA Field and Vegas indoor and has claimed the title of Buckmasters Top Bow Indoor World Champion in 2009 and 2012. Randy joined the G5 Outdoors Pro Archery Team in 2013 and when he’s not practicing for archery competitions, Hendrix enjoys hunting elk, whitetail, black bear, turkey and wild boar.

ARROWS ACROSS THE YARD: Constructing a Backyard Archery Range 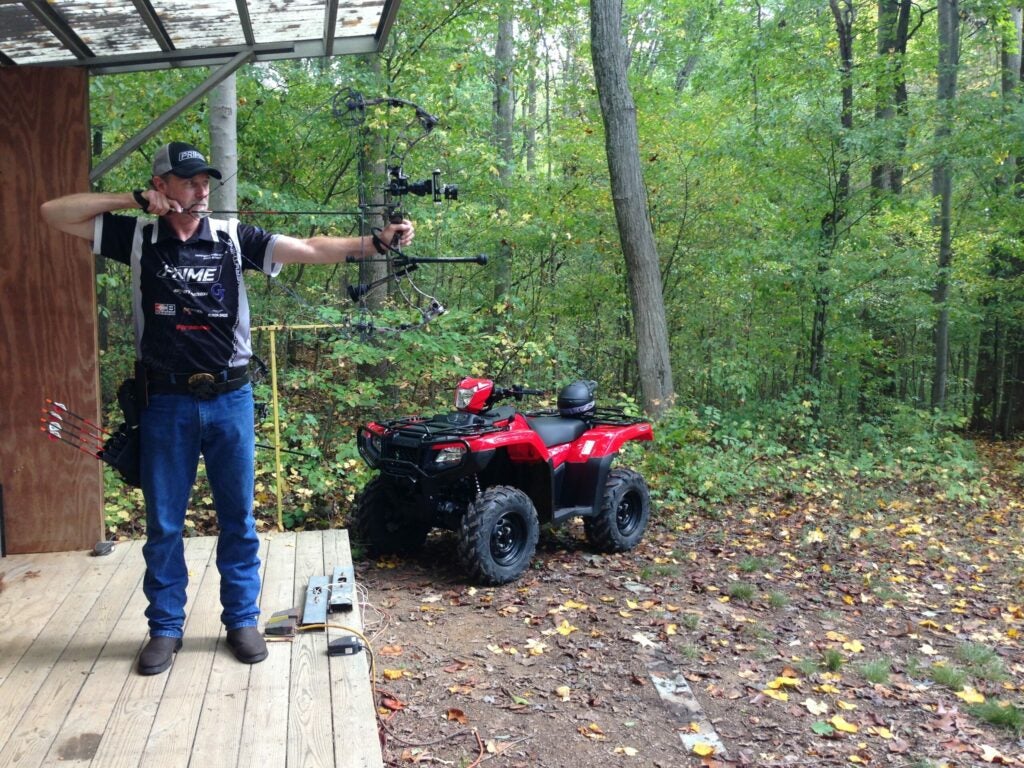 Imagine computerized archery range where targets pop up at random distances and at uneven intervals of time. You never know what is coming next, or when. Now put that extreme archery range in your own backyard where you can shoot any time. Think you’ll get good?

You might end up an archery champion like Randy Hendrix of Winston-Salem, North Carolina, who has won the Buckmasters Top Bow World Championship twice. His extreme backyarding archery range is built in the Buckmaster format, and it was not an easy job.

Targets are life size deer targets that pop up within a designated area, in any sequence and at any location on the range. You shoot from a treestand fixed on a pole, at about four feet above the ground. A 6-inch by 6-inch hit sensor pad on each target represents a Kill Zone. Targets will appear anywhere from 15 to 60 yards away. 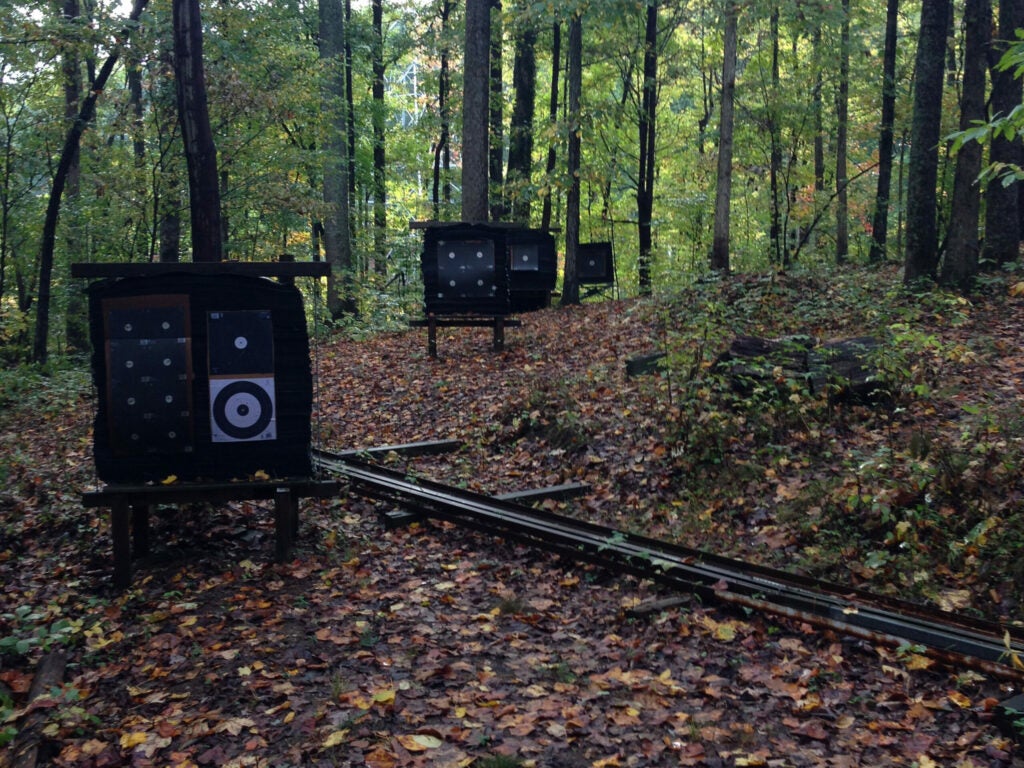 “Shooters never know where or when a target will appear,” says Hendrix. “You have from 12 to 15 seconds to shoot. And several running targets are included.”

“The most challenging part about building my range was developing the computer program to control the targets completely randomly,” says Hendrix. “There can’t be any pattern or regularity to the distance or timing. Fortunately, I had a good friend do that. It took a month to build the range, and the rest of the summer to fine tune the computer operations.”

Building the tracks for the targets was a challenge, as was wiring the entire electrical system. Hendrix completed the range build-out and track system, but hired out the complex wiring and electrical work. 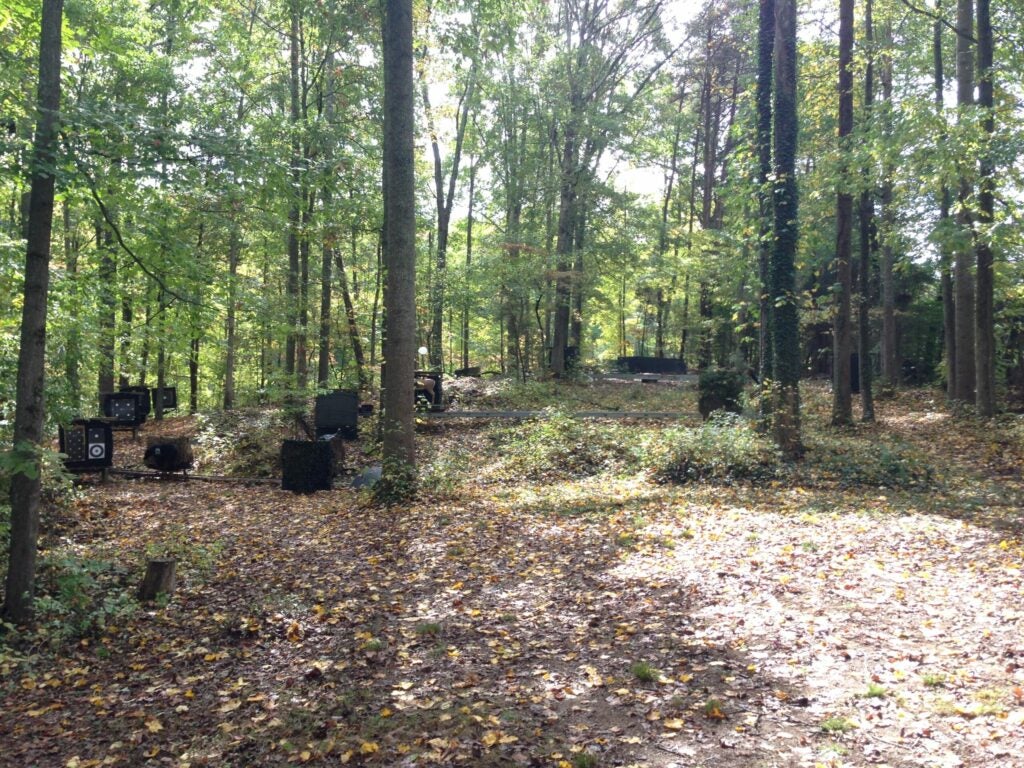 As you can imagine, a range like this doesn’t just maintain itself. Upkeep and care is consistently needed from Hendrix.

“Anybody who wants to come shoot is welcome,” says Hendrix. “There’s a group of 7 or 8 of us that practice for competitions. Without each other, we wouldn’t be as good.”

Building an archery range was hard work but it has changed Randy Hendrix’s life: A place to shoot, practice, relax, practice, get away … right in his own backyard. 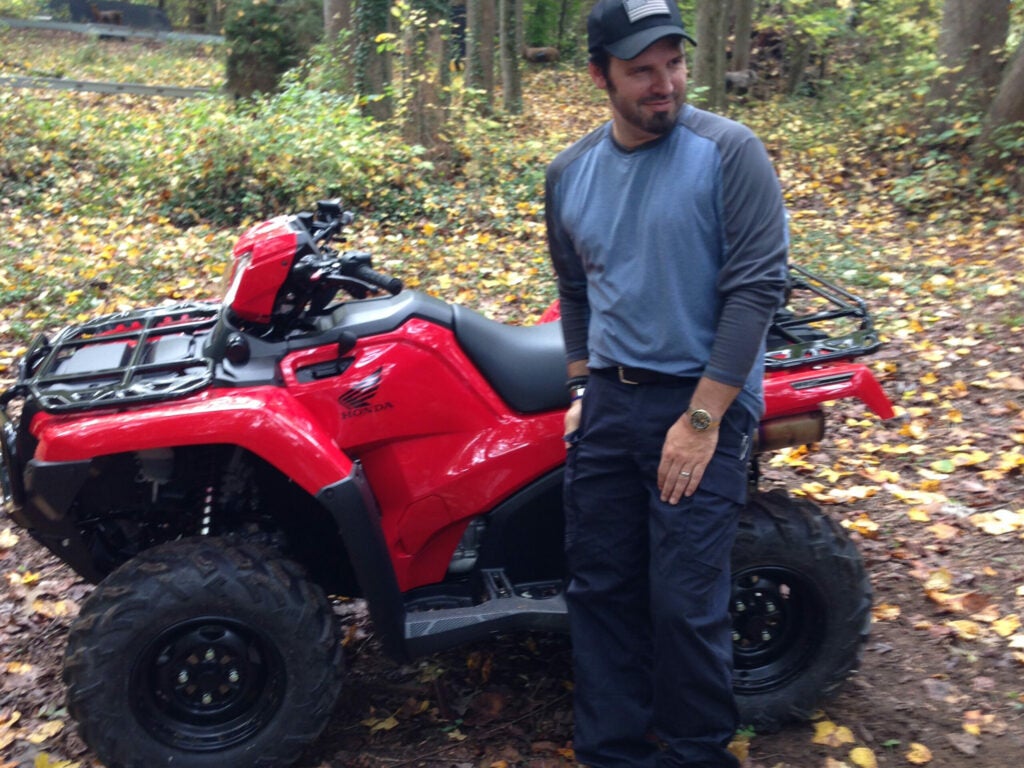