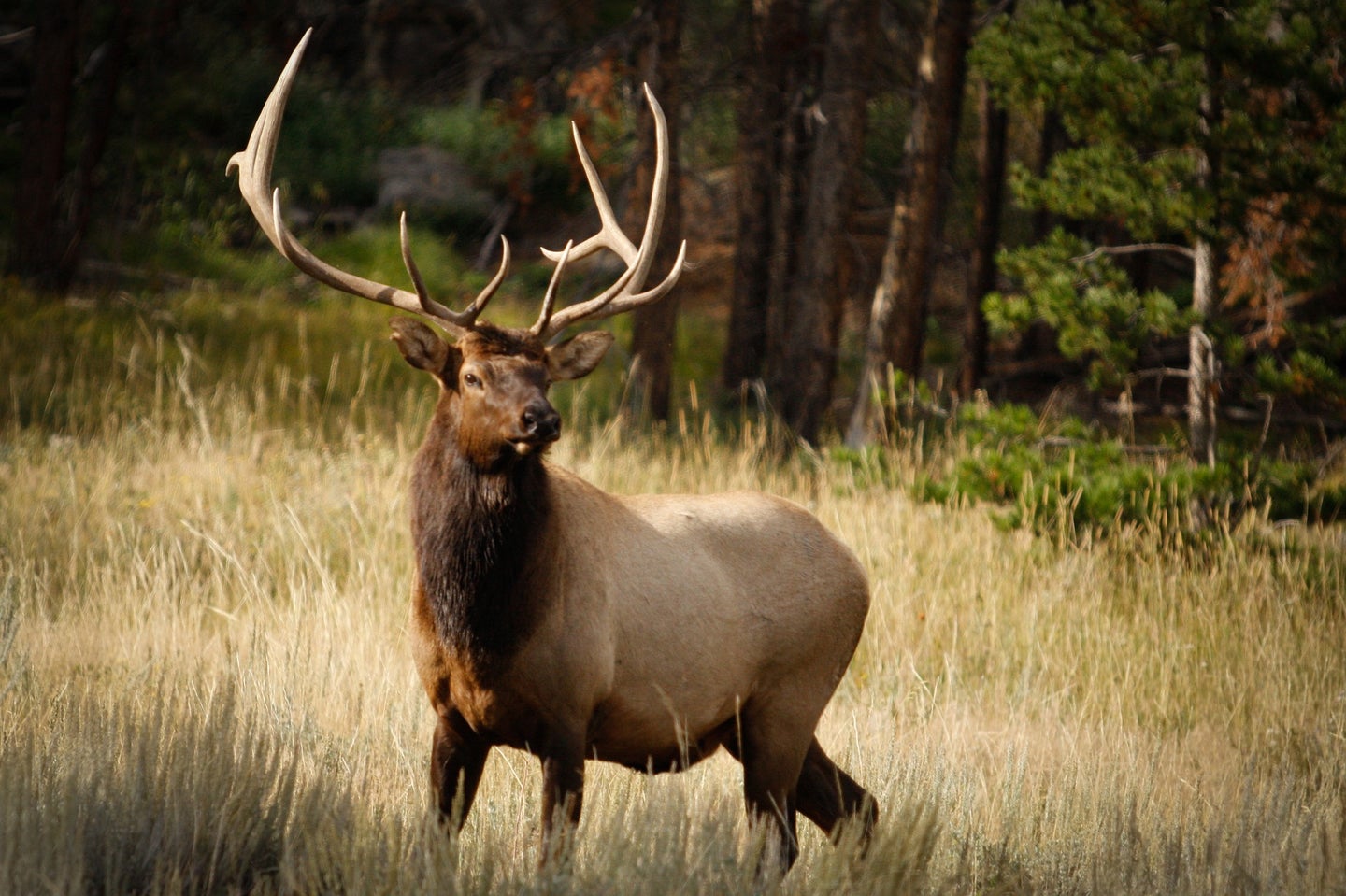 If you want to ensure you will make a good shot on elk this fall, you need to practice. Pixabay
SHARE

You spend months—maybe the whole year—getting in shape and scouting for elk season. But if you don’t condition yourself to properly shoot your bow when the moment arrives, all that preparation is just wasted time.

There are three different practice strategies I use, so that when an elk steps into a shooting lane, my conditioned response is to make an accurate shot. If you’ve ever missed or wounded a bull or cow, it’s likely because you were ill-prepared to take the shot. With these three tips, that will never happen again.

Learn to Hold to Exhaustion

There is no shortage of information about the importance of being in great physical condition before embarking on an elk hunt. I agree. However, you can be in the best shape of your life and still fall apart when you finally get a shot on a bull.

I see too many elk hunters place a premium on working out that their time shooting a bow gets put on hold. You need to keep a workout regiment, but not at the expense of shooting your bow. Plan each day out and be very specific with that plan. One drill I recommend practicing at least twice a week, is drawing your bow, centering your pin on a 3D target’s vitals, and holding until exhaustion. Don’t let loose the arrow. Instead, repeat four sets of five draw, hold, and letdown.

This drill does two things. First, it forces you to breathe and keep fighting for the center. As fatigue sets in, pin float will increase, but you must learn to steady yourself. Stay focused on being strong in the front and strong in the back. Your pin, though it will start to look like a dancer at a disco, is coming back-and-forth across the spot you want the arrow to impact.

The next time you perform this drill, have someone time you. We often hear hunters say, “I was at full draw on that bull for 3 minutes.” Usually, 3 minutes is more like 30 or 40 seconds. Go through your draw process, crawl into anchor, and have the timer hit start. It’s essential to learn how long you can hold, so you know what your capabilities are in real time.

Again, this is not a drill you want to do every day, but doing it twice a week will make you stronger, and you’ll be able to keep your bow drawn longer, which is often a requirement to killing a bull.

Once you get comfortable drawing for long periods of time, hold until exhaustion and then shoot a single arrow at the target. Evaluate the arrow placement, grab a breath, and repeat the process at distances between 20 and 50 yards. Don’t be in a hurry. You’re not shooting just to shoot. Your job is to make the best shot possible when you’re tired.

If you keep it up for several weeks, this drill builds physical and mental strength quickly. I’d say 80 percent of the elk I’ve shot with a bow made me hold and hold and hold some more. They either busted me drawing, or their sixth sense kicked in, and they held up behind a tiny piece of brush. When this happens to you, you’ll be ready. You know you can breathe, hold, and execute when you finally get your shot. And if you get lucky and don’t have to hold for an extended period, this drill will also force you to pick a spot and aim.

You Need to Shoot At Angles

Elk country is typically steep, and I’ve seen hunters execute great shots on flat ground in camp and then miss or badly wound a bull when sending an arrow at an animal that is above of below them. Sure, bull fever could have set in, but in at least two cases, the hunters did not take the time to set their sight’s third axis before the hunt, nor did they practice shots at extreme up and down angles.

Third axis isn’t complicated. In short, the third axis means nothing when shooting on flat ground as long as your second axis is correct. However, when shooting at angles, because third axis is the pitch of the sight head either away from you or toward you, your bubble will be lying to you if this axis is not set properly. The result will be left and right inaccuracy issues, which will worsen the further you are from your target.

If you don’t know how to set up third axis on your sight (some require you to be a NASA engineer), visit a local bow shop and let them handle it. Once you have it set, take a few targets and some arrows and find some hills. Nothing builds confidence like knowing for sure your arrow will hit the mark on flat and steep ground, and nothing will prove your third axis is spot-on like shooting in these conditions.

Carry a couple of foam targets with you and place them both uphill and downhill at the various distances you feel comfortable arrowing an elk. Throughout your shooting session, alter the degree of those targets. For instance, I shot a bighorn sheep recently at an angle that was greater than 45 degrees downhill. Line of sight was 82 yards, but the true range was 64 yards. Spend a few hours shooting uphill, and downhill and your confidence will grow.

Read Next: The Everyman’s Approach to DIY Archery Elk Hunting

We’ve heard the horror stories of hunters missing a trophy animal because their arrow smacked a limb, hit brush, or deflected off a rock. Sometimes these things are unavoidable, but if you take the time to prepare for them ahead of time, you can avoid such catastrophes.

Try shooting a few 3D tournaments. These shoots are a great way to get the competitive juices flowing, and sometimes the course designer sets up a tough shot or two. Along with 3D shoots, though, I recommend grabbing a few 3D targets and heading to the woods. Here you can set up realistic hunting scenarios. Put a target behind some brush with just the vitals showing and work on pin-wheeling those vitals from different distances and angles. Then, put a target beyond a tree limb or piece of brush. Get a range and practice the shot. Doing this will help you focus on the spot you want to hit and not the obstruction in front of it. That will teach you all about arrow clearance at different ranges.