Coyote Study Reveals Half of Canines are Residents, Half are Transients

Consistently killing coyotes, whether by trapping or by rifle, can be a difficult undertaking, requiring a lot of hard work,... 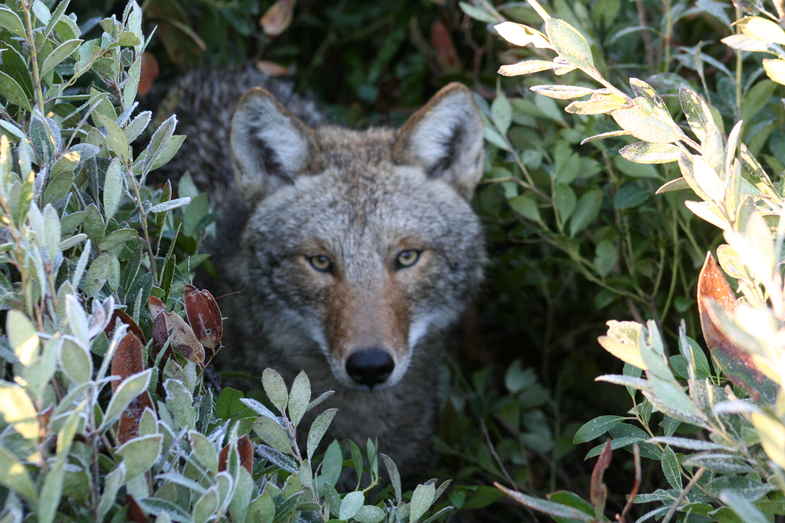 Consistently killing coyotes, whether by trapping or by rifle, can be a difficult undertaking, requiring a lot of hard work, practice, and most of all, dedication. Coyotes can be cryptic creatures, moving at night and in seemingly random patterns.

However, recent research has been able to pinpoint how and why coyotes move the way they do. Dr. Joseph Hinton at the University of Georgia spent three years (2009-2011) tracking coyotes on the northeastern coast of North Carolina in an attempt to shed some light on coyote movement behavior.

Beginning in the fall of each year, Dr. Hinton and his team captured coyotes and outfitted them with GPS tracking collars, which recorded a coyote’s location once every four hours. A total of 28 coyotes were captured and collared during the three-year period. From the GPS data, Hinton discovered that 14 of the captured coyotes were “residents,” while the other 14 were considered “transients.”

Resident coyotes represent the breeding portion of the population; they have consistent, established home ranges, and typically make up 70 percent of the regional coyote population. Transient coyotes are typically younger, solitary coyotes that are dispersing through the landscape in an attempt to find mates and territories. These transients range widely, often covering 10 times the area of a resident coyote.

Of the three remaining land cover types—coastal bottomland, pine forest, and wetlands—the coyotes used bottomland and pine equal to its availability, but actively avoided wetlands. It’s likely that coyotes preferred agricultural areas since they are often home to a number of prey species (i.e. rodents and rabbits) and enable coyotes to survey large areas since there are few trees or other barriers to block their vision. In addition, transient coyotes used areas that had a high density of roads more than residents, suggesting that roads may be important for transient coyote movement.

The work of Dr. Hinton can be very useful when trying to snag that ever-elusive coyote. It will be very important to figure out whether the coyotes in your area are transients or residents. By placing trail cameras over bait and scent stations, you may be able to get an idea whether you have a transient or resident. The easiest way to discern between the two is to look for pups. Resident coyotes will have a mate and breed annually, while transient coyotes will be alone and only stay in one area for up to a few weeks.

You may have better success at harvesting a coyote by placing blinds or traps along the edges of agriculture or roadways where coyotes are more likely to visit, rather than wooded stands.