This is a tough time of year to be a coyote caller. By this time of the season, many of... 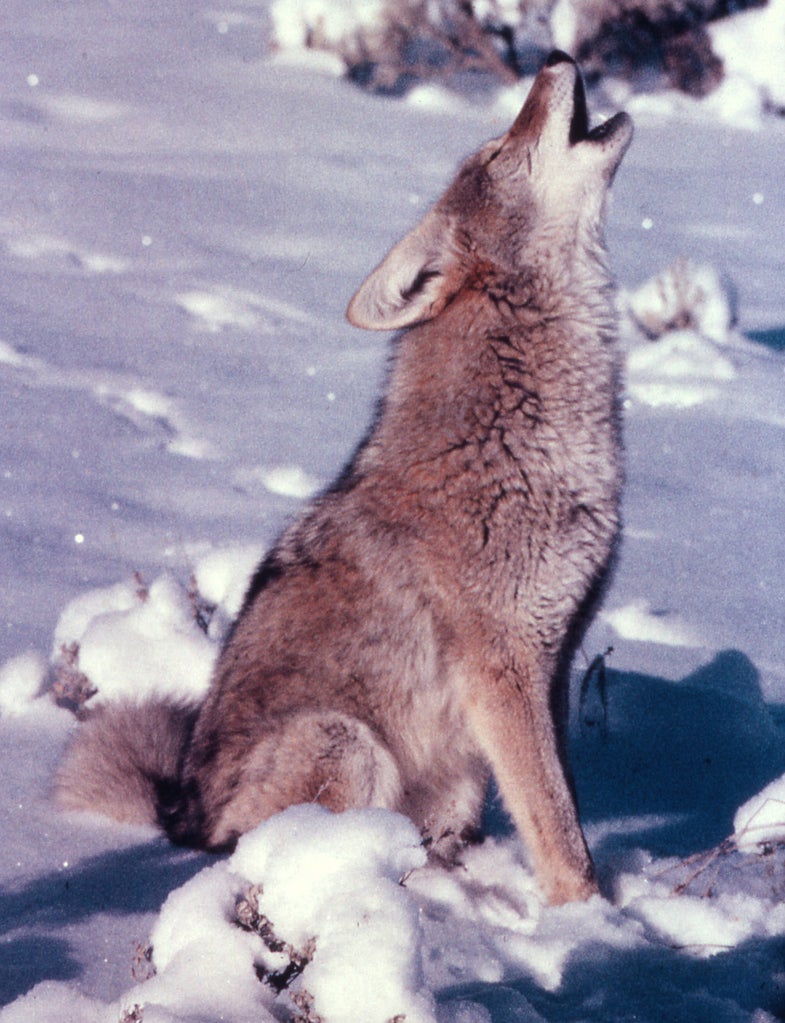 This is a tough time of year to be a coyote caller. By this time of the season, many of the young and dumb coyotes have been picked off by you and other predator callers. And the hard hunting is compounded by the fact that you often hear far more coyotes than you see.

You’re hearing coyote vocalizations, variations on howls, yips, and barks. And these calls will increase in frequency and intensity as the coyote “rut” kicks into full swing over the next month or two. It’s this breeding season that is the great equalizer for late-season hunters.

Coyotes have many vocalizations, and I think they are more complex than we understand. However, if you can learn to recognize and imitate a particular howl, called the “challenge” howl, you can get more of those old, wise dogs to close the distance. As with most animals, canines especially, coyotes become even more territorial during breeding season. Add all of the transient males out trolling for a mate, and it presents a great opportunity for calling.

What is referred to by many as the “challenge howl” is really a territorial howl, usually sounded off by a dominant male, and directed at whatever trespasser he thinks is infringing on his ground. Do a Youtube search of “coyote challenge howl” to figure out what it sounds like, but it’s usually a few sharp barks and a howl that is cut short at high pitch, and doesn’t taper back down like a social or greeting howl.

You want to learn to recognize and repeat this howl. Unless it’s at the end of the stand, trying to provoke a response to hung-up dogs, challenging is not usually the best thing to do. If a young coyote is approaching, and hears that, it will often scare them off or make them stop short. But if you hear a coyote doing this in response to your howls, you likely have a mature male that is looking for a fight. If you imitate his howl and cadence, and effectively make him put his money where his mouth is, it will often bring him running.

Although the challenge howl is great, it’s just one tool. Often this time of year, call-shy but territorial coyotes will respond to lone howls and group howls. They will be expecting strange coyotes to be around, but may shy away from prey distress sounds if they’ve been worked previously in the season. Plan to sit an extra 10 minutes or so, howling a couple of times every 5-8 minutes, or as coyotes answer.

Good luck out there! Let me know how you fare after adding some howling to your calling pattern.