Bucks on the move? Here's what they're up to 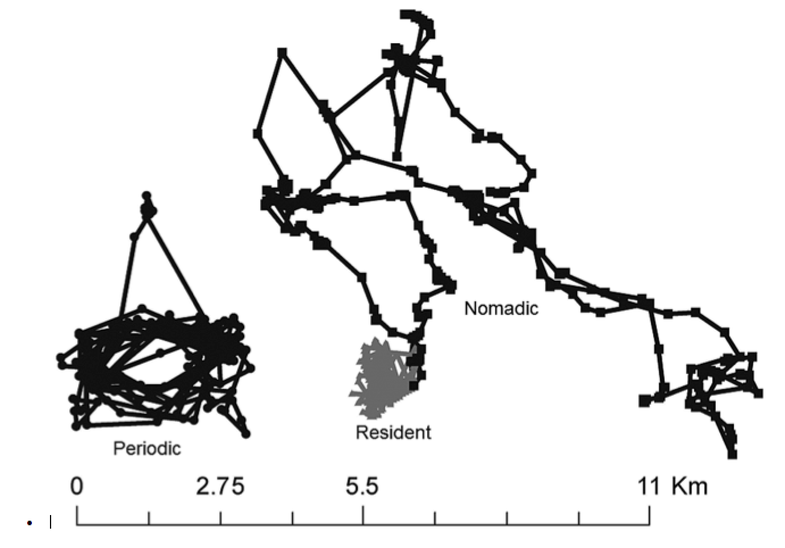 It’s well known that mature bucks alter their movements and behaviors during the rut in order to search for receptive does. You’ve seen it yourself; those bucks you’ve been watching on your trail camera all summer are now showing up at different times, if at all, this month. This sudden change in behavior can throw a wrench in any hunter’s plans. Fortunately, some deer researchers in Texas may have figured out what is going on.

Every fall whitetail deer go through a 1- to 3-month-long breeding season that we call the rut, and in that time a mature doe will become sexually receptive for only a short period of 1 to 2 days. During the rut, bucks are known to change their movement behavior, focusing primarily on finding receptive does rather than acquiring resources (activity non-biologists call “feeding”). Overall, bucks will become more mobile during the rut, increasing their rate of movement from the summer, but utilizing a much smaller area of their summer home range, often less than 50 percent of the summer range.

In an attempt to better describe how those movements change, Dr. Aaron Foley of the Caesar Kleberg Wildlife Research Institute spent five years tagging and tracking bucks in South Texas. They captured a total of 101 mature bucks and outfitted them with GPS telemetry collars, which enabled the researchers to register the deer’s location once every 15 to 30 minutes.

One of the most interesting findings of Foley’s work is that bucks typically followed one of three behavioral patterns when searching for does (see above). The majority—about 60 percent—of the collared bucks conducted what Foley called a “periodic search pattern.” In this behavior, a buck had two or three focal areas where he would intensively search for does for 4 to 6 hours, and then rotate back and forth between those areas. These bucks are likely searching between areas known for doe activity.

About 30 percent of bucks conducted what he calls a “resident search pattern,” where they spent most of their time in one relatively small area. It is likely that a resident buck may be using an alternative mating tactic by staying near a group of does and waiting for a mating opportunity.

Fewer still—about 10 percent of bucks—exhibited a “nomadic pattern,” where their movements are sporadic and unique to the individual. In Foley’s description, the buck searches across a large landscape possibly because of inexperience, or because of severe competition for does.

This information can help you pinpoint where your best bet is to find those big bucks you’ve been following all summer. While scouting and trail cameras in the summer can be useful, determining where does will congregate may be your best chance to find a good buck in the fall months.

It may be helpful to move cameras around throughout the rut and to do a little additional scouting in adjacent areas to help locate focal areas. If bucks are coming into your stand, but you can’t seem to get a clear shot, don’t worry. One of the biggest take-home points from Foley’s work is that chances are good that he’ll be back, as long as you don’t scatter the buck-attracting does.

The original study can be found at jmammal.oxfordjournals.org.