Want to be a more successful predator hunter? Follow these rules 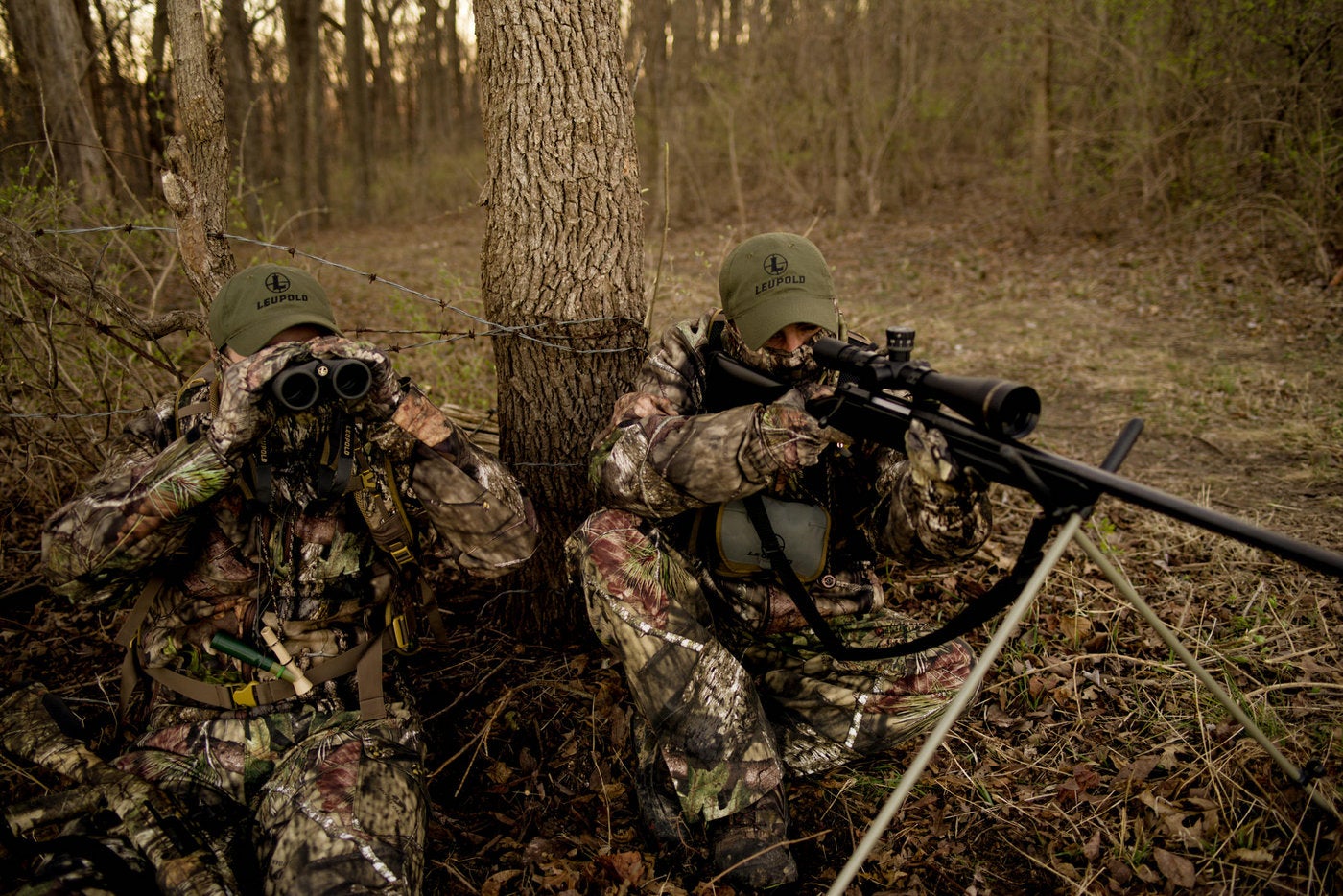 Placing the e-caller in an open area where a predator can find it will make your shot easier. Howard Commu
SHARE

Coyotes, foxes, and bobcats are all cautious critters, and that caution only increases when they are hunted hard (if you have ever pursued any of these predators when they have been pressured, you know how difficult it can be). But predators have this stigma for being ultra-tough to kill, and that’s often not the case…if you understand how to hunt them. It’s critical you know the right places to hunt, how to approach a stand, what time of day to hunt them, calling strategies, and how to setup the e-caller so you can take an optimal shot. Put all these elements together and you’re bound to pile more pelts on the sled. You just have to remember to stick to a few simple tactics, and avoid costly mistakes. Employ these strategies, and your success rate will skyrocket.

Having multiple places to call predators is the main ingredient for better hunting, so you have to scout and secure places to make more stands. I’ll hunt public land but like to focus on private tracts, if possible, because the pressure on coyotes is usually lower there. OnX Maps is a great tool for e-scouting. Look for timber-lined areas around agriculture fields, chicken and turkey farms, or if you are out West, focus on large parcels of land that may have cattle feed yards and/or pastures. These are all places where I’ve killed a lot of coyotes. Also, gather as much intel from landowners as you can. Ask them where they have seen coyotes. It will give you the best chance to call in a predator.

2. Where You Sit Matters

Before you go bombing into one of these locations, pay attention to wind direction and try to sit some place with a good vantage point where the wind is blowing in your face. A small rise in the landscape that gets you elevated to better see coyotes coming in will do nicely. If you’re sitting in a low spot, it’s less likely you will see the coyote before he sees you. Also, find cover as well, or a backdrop that will breakup your outline.

3. Make It Easy on Your Quarry 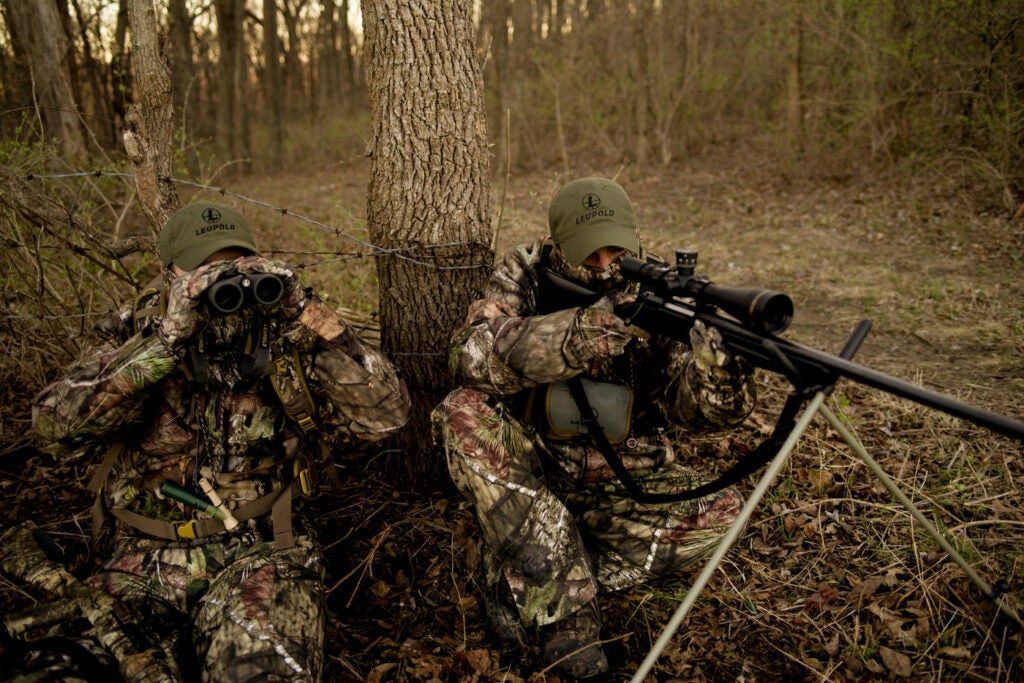 Placing the e-caller in an open area where a predator can find it will make your shot easier.

Place the e-caller in an area that offers the approaching predator the quickest and easiest path to the call. Like a turkey, they have an innate ability to hone in on the source of the call/sound and will come right to it if it’s easy to find. It’s in a coyote’s DNA to circle downwind of its intended prey, but if the call is in their direct line of sight, it’s likely they will come right in and give you an easier shot.

One of the biggest mistakes I see folks make while calling coyotes is only playing rabbit distress or bird distress sounds. I’ve found that offering a variety of sounds on a stand is key. I use a FOXPRO X2S and have over 800 different sounds that are at my disposal. Why so many? The same reason you have a tackle box full of different fishing lures. Variety (i.e. something different) tends to peak a critter’s interest, whether that’s a big bass or coyote. I am able to offer different cadences, frequencies, and volumes to trigger a response. Don’t be afraid to play sounds a predator has never heard before either. A coyote has no idea that we do not have jackrabbits here in Pennsylvania, but that doesn’t stop me from playing a jackrabbit distress call (it’s worked for me a ton).

If you have a successful stand, continue to mimic that calling sequence until it stops working for you. One of my go-tos is a “Coyote Pair” call at full volume for about 35 seconds to try to get an answer from a nearby coyote. I will wait in silence for about 60 to 90 seconds for a response. If I get one, I wait until they stop howling. This is important, because after they stop howling you tend to have their undivided attention. That’s when I will play “Lil’s Cottontail” on the FOXPRO and ramp the volume up and down for about two to three minutes. If I still do not get a coyote to come, I will play “Nutty Nuthatch” for two or three minutes and then switch to “Smacked Rat” for another two to three minutes.

I typically never stop or mute the call after getting that first response because an approaching coyote may stop and use the terrain to its advantage and wind me. If after 10 minutes on the stand, I still have not called in a coyote I’ll play “Yipping Coyotes” at full volume for about 45 seconds, then immediately switch to “Coyote Pup Distress” for an additional 3 to 5 minutes. This puts you on stand for roughly 15 minutes (most of the coyotes I call in show up in the first four minutes).

5. When to Take the Shot

A fox or coyote is a small target (there’s only a 3- to 5-inch margin for error) that require precise shots. I use a Ruger RPR chambered in 6mm or .223 with Hornady ammunition. It works best for me, but it might not for you. Pick a rifle/load combo you’re comfortable with and stick to it. A coyote or fox often faces you straight on coming to the call. I hold center mass on their chest in this scenario, or if they turn broadside, my point of aim is the top of the shoulder. Both of these shot placements offer a quick and ethical dispatch of a predator.

One mistake I notice some hunters make on a stand is not facing the rifle or gun in the correct direction before they start to call. I will always have my rifle pointed in the direction of the e-caller. This helps to minimize movement on your stand when a predator approaches. If you’re in a less than ideal position when a coyote is close, the best time for you to move is when the coyote moves.

6. The Best Time to Hunt

When other animals of prey—owls, hawks, eagles and even house cats—are hunting you can bet coyotes are on the move too. A cold front—any weather front for that matter—makes predators active as well. During day hunts, I focus on the twilight hours. Right at daylight and just before dark are naturally great transitional times to kill predators. During a full moon I hunt during the day because I have found that prey animals seem to be more active during the day time hours. Prey animals typically refrain from excessive activity at night when it is very bright. Basically the darker it is at night, the better. During a waxing moon I focus on hunting after midnight when the night seems to be the darkest. The waxing moon will rise earlier and sets just before midnight, giving me the darkest part of the night to hunt in those earlier morning hours. During a waning moon I will hunt right at dark up until the moon rises around midnight and becomes the brightest during the early morning hours. Other factors, like cloud cover, cold weather, or a major weather fronts also determine when I hunt.

In the East, I have always been more successful hunting at night. Out West, daytime calling is best. Also, the higher the density of predators, the more competitive they are with one another for food, which can result in some very lucrative stands.

7. Use Lights and Thermals at Night

Night hunting has always been one of my favorite ways to call coyotes and fox. The basics are very similar to day hunts. I look for elevated vantage points and keep the wind direction in my favor. The only real difference is spotting them with a light or utilizing thermal or night vision devices. The biggest mistakes many people make when running a light or scanning with a thermal is they stop to take a break, or turn the light off (you can’t shoot what you can’t see).

Predators will come to the call quickly, so it is imperative to constantly be searching, scanning, and looking for incoming targets. When I am using a light, I use the FOXPRO Gunfire. I will cover an area, searching for eyes to reflect back at me. Once I get a set of eyes, I will keep the light on them or just above them as they approach the stand. Once they are in range and I am ready to make the shot, a quick lip squeak or bark will make them hit the brakes and offer a good shot opportunity.

As soon as I am out of the truck, walking to a stand I turn on the light or thermal scanner and search for the eyes of predators. My light or thermal scanner never gets shut off until I get back into my truck to head to another stand. And just a disclaimer: you can call in several different types of animals to a stand at night, so be sure to positively identify your target (domestic animals or a wild critter that is out of season may come in).