Disobedient Dog? Pick Up Your Hunting Dog for Better Behavior

When your dog is disobeying a command—flushing instead of pointing, barking, chewing a table leg, eating deer poop, digging, or... 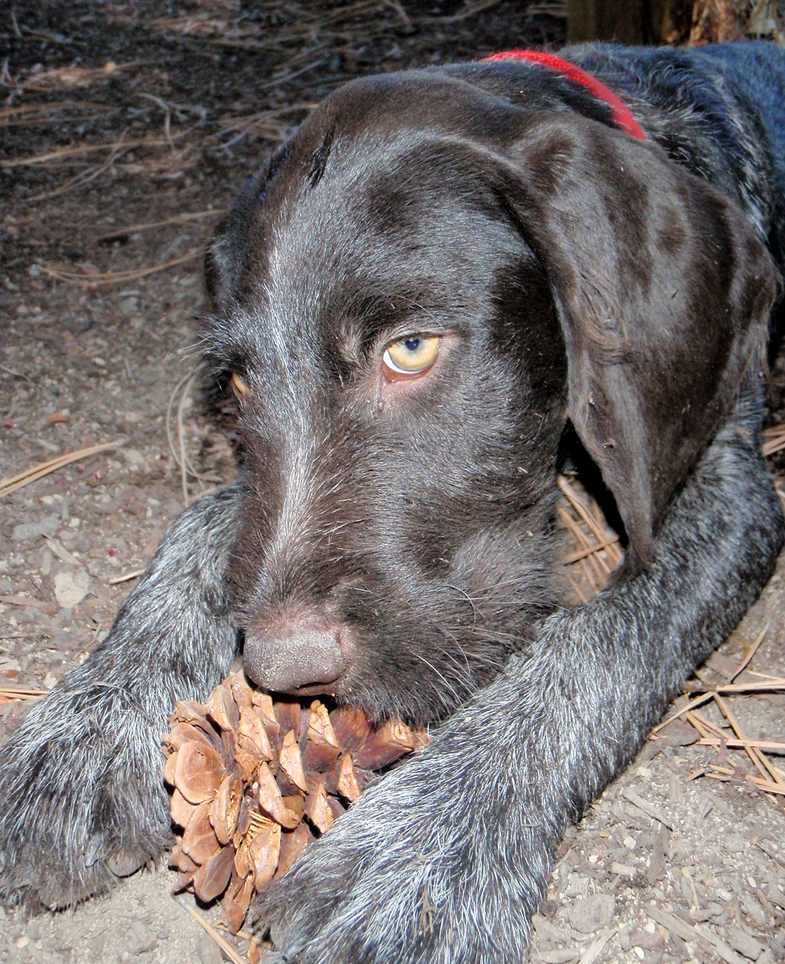 When your pup gets into trouble, remove him from the temptation. Scott Linden
SHARE

When your dog is disobeying a command—flushing instead of pointing, barking, chewing a table leg, eating deer poop, digging, or worse—what can you do? Grab a collar, yell, yank on a leash, hit the red button on the e-collar … sure. But there is a downside to each of those.

I’d rather evict him.

When my wirehair Manny was very young, I found that literally carrying him away from temptation worked as well as removing the temptation, and proved much better than the more negative tactics noted above. And when the temptation is smelly, fresh, wet horse manure…believe me, I’d rather pick up a puppy than an armful of horse apples.

Six-year-old Manny is now pushing 65 pounds and I’d still rather risk a backache than backsliding on the bonding thing. Luckily, I don’t have to use this tactic very often these days.

Full disclosure: I subscribe to the theory that hands should never be used to discipline/hit/shove or otherwise create negative impressions (literally and figuratively) on a young dog. Hands are their friends, bringing pleasure, first aid, food, and all sorts of other good things.

Those same hands can’t possibly be cruel, two-faced, mutinous appendages bent on emotional or physical harm. So how do you intervene? Move him.

Maybe it has something to do with the whole “place learning” theory … dogs associate a behavior with where they learned it (or are learning it). Divorce him from that spot, and you eliminate the immediate misbehavior and possibly any “memory” of it he might recall next time he’s tempted.

Many trainers use feet-off-ground to unsettle a dog, whittle away at his mental security so that he looks to the handler for “help” or direction. “Whoa” tables, barrels, even a “place board” do that. Pulling up on his collar so his front feet are lifted off the ground is sometimes employed to steady a dog on point in the early stages.

It might be simply a physical way to momentarily interrupt a dog’s thought process, like how I use an electric training collar.

Whatever it is, I’ll take it.

Carrying pup away from the scene of the crime has an added benefit: If (like a good puppy trainer) you’ve got him attached to a check cord or leash, there is no tug-of-war, him pulling against you. He never learns to fight the lead and collar.

Manny has learned that being picked up by his human leads to good things: physical interaction, food, water, crate and nap time, etc. So he hasn’t yet savvied to that same set of hands lifting him away from the mmmmm-good chipmunk burrow and plopping him down 20 feet distant. Poof! New surroundings, no enticing smells and it’s off on another adventure we can both enjoy.