3 Reasons You Should Use Light Loads for Upland Bird Hunting 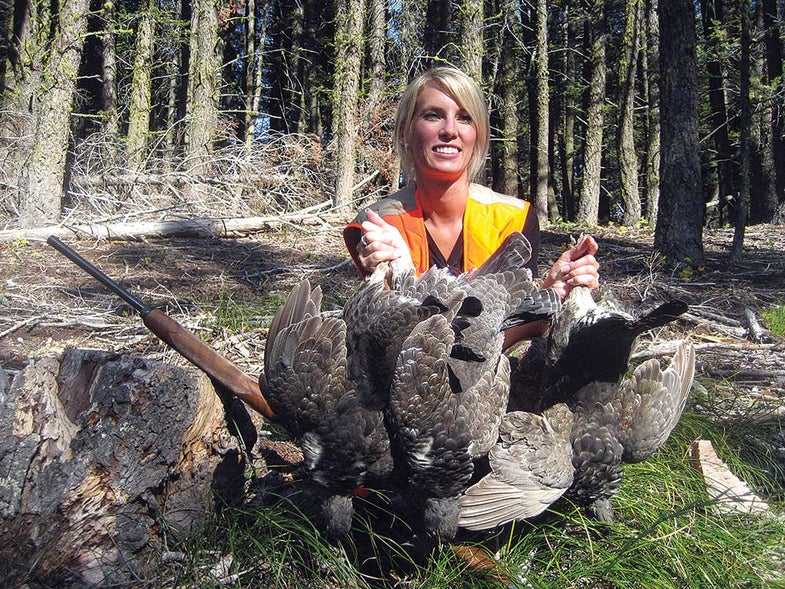 Recoil from years of shooting upland birds with heavy payloads of shot at speeds as fast as possible finally knocked some sense into me. Now I recognize that a light load of shot at a standard velocity cleanly kills birds ranging in size from quail to big blue grouse. The benefits of these light shotshell loads include reduced recoil, quicker follow-up shots, and better shot patterns.

Most shots at upland birds are no farther than 30 yards. In September, leaves are still on the brush and shield ruffed grouse like a church door. While blue grouse are a more open-country bird than ruffs, they hold tight. And early in the season, Huns and sharptail grouse flush close.

The logic behind the effectiveness of light loads might seem counterintuitive, but the science is sound. As a bonus, I’ve added three of my favorite (and most effective) light loads for 12-, 16-, and 20-gauge shotguns that won’t beat you up, yet are deadly on birds.

1. You Can Slow Your Roll

2. You Can Get Better Patterns

The most uniform patterns with lead shot typically come at slower speeds. With less of a starting whack from the powder gas, fewer pellets are crushed. Similarly, the shot will slip through the forcing cone, down the bore, and out the choke with fewer deformities. As a result, more pellets remain in the core of a pattern and you’ll have fewer fliers. This provides good pattern density and will help you to bring down more birds.

Before switching to a lighter payload of shot, I experimented with various loads. My wife’s Beretta over/under 20-gauge weighs a feather over 6 pounds. Gail has an aversion to recoil, though. So for practice shells, I loaded her gun with ¾ oz. of No. 8s at 1,150 fps with 12.0 grains of International Clays and a WAA20 wad in a Winchester AA shell. Her gun’s Improved Cylinder choke spread the shot 22 inches wide at 25 yards. Recoil is half that of a full-power load shooting 1 ounce of shot.

Gail shoots the same load when grouse hunting, but with No. 7 ½s. Along a dry ridgetop last fall, three blues flushed in a racket of wings tearing the air. Her shot tumbled a bird on its downhill dive at 20 yards. My boyhood 16-gauge Remington 870 still hunts. A great grouse load for the 16 consists of 21.5 grains of Winchester Super Field, ⁷⁄₈ oz. of No. 7 ½s, and a Remington SP16 wad in Winchester compression-formed cases. A 0.18-inch spacer card is placed in the bottom of the shotcup to bring the shot column up to the correct height. However, the 870’s Light Modified choke patterns this load a bit tight at 25 yards. Inserting the spacer card in the middle of the shot column spreads shot in flight to increase pattern diameter to nearly 2 feet wide at 25 yards.