Why You Should Tether All Your Gear to Your Bird Vest

You know that one ridge, where the dead cow has been reduced to a bone pile? It’s alongside the only... 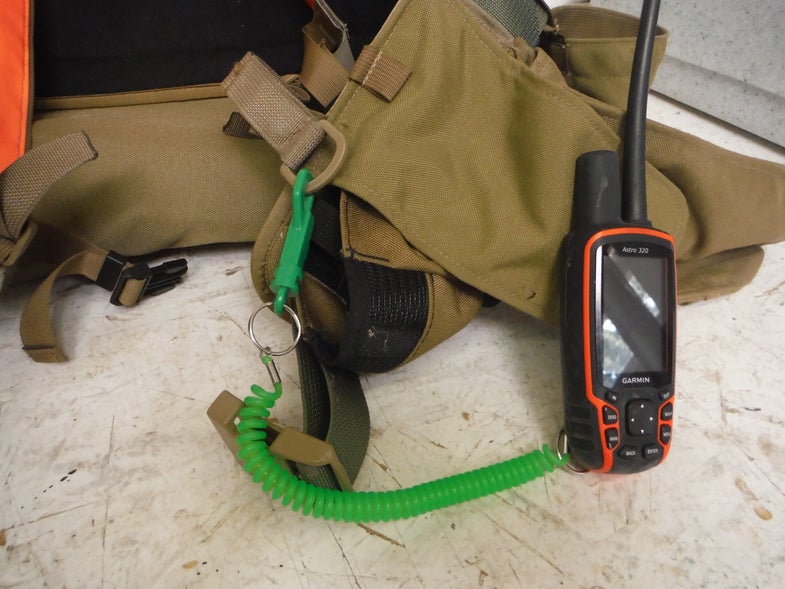 You know that one ridge, where the dead cow has been reduced to a bone pile? It’s alongside the only gravel state highway, adjacent to that big boulder field and just south of town (population: 9). Well, if you’re ever hunting there, keep an eye open for my e-collar transmitter. I left it there after taking a couple photos of me and my buddy on a chukar hunt.

That transmitter was the proverbial final straw and my camel’s back broke on that desolate desert slope. Like a compass, a whistle, and (almost) the camera I used for those pictures, so much of my gear is small and unnaturally mobile when it shouldn’t be. Maybe yours is too. And I’ll be damned if I’m going to lose any more of it.

After that lost-transmitter incident, I now tie everything to me or my hunting vest. Loops, belts, D-rings, zipper pulls—there are plenty of anchor points. And these days, lanyards, cord and retractors of all sorts are available, and often free for the asking if you’re willing to sport someone’s logo.

You’d be surprised how often in the heat of the hunt you literally drop everything. Okay, maybe you don’t, but I do. Every third or fourth training session, I’ll be walking along and something will bump against my leg. Sometimes, it’s a loyal dog, checking in. More often it’s a collar transmitter hanging from its lifeline, which is way better than buried in some clump of brush, lost to the ages.

At a recent training day I spent almost an hour searching the tall grass for a bird launcher control. On a grouse hunt, a GPS grew legs and escaped until a friend stepped on it. Once, one of my dogs actually sniffed up a pair of shooting glasses that had tumbled from my vest pocket.

Now, the glasses are leashed around my neck every time I lace up my boots. My training pistol has a line that goes through a belt loop. Whistles dangle around my neck, and water bottles are held fast by a carabiner.

Yes, at times I can look like one of those old-time telephone switchboards, cords sprouting all over me. But most are easily managed, slack tucked into pockets until that tool is utilized. A couple hunts and you’ll work out the logistics too.

Maybe your mother told you what mine told me: you’d lose your head if it wasn’t screwed on. Tether it. She’ll be happier and so will you. And you won’t spend the better part of a morning on your hands and knees when you should be roaming the hills or prairie behind your dog.