Gun Dog Tips: Let Him Savor (But Not Flavor) the Bird

He’s called a “bird dog” for a reason. Your dog lives, breathes, and (sometimes, if you’re not careful, or you’re... 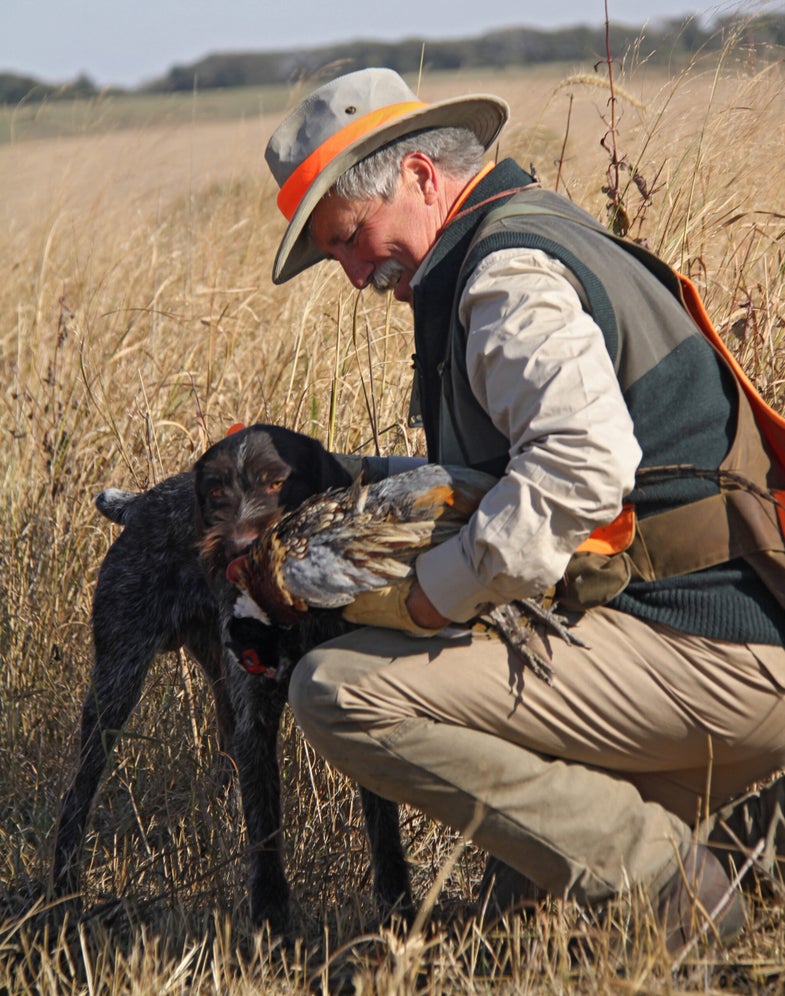 He’s called a “bird dog” for a reason.

Your dog lives, breathes, and (sometimes, if you’re not careful, or you’re a lazy trainer) eats birds. His entire reason for being is to pursue and capture birds. He even chases them in his sleep, all trembling legs and muted barks. Bird, prey. Dog, predator. His raison d’être is feathered quarry.

So what do we do the minute he brings us a limp mallard or quivering bobwhite? Snatch it away.

To me, that doesn’t make much sense. To him, it’s the ultimate betrayal. He gives his all, bashing into thorny coverts or churning through icy waters, and sometimes he’s rewarded with his holy grail: Bird in Mouth. Then you dash his hopes and dreams by stealing his treasure.

That doesn’t sit well with him, how about with you? Do you think he’ll race back to you as willingly with the next shot bird?

In large part, you are both hunting because it’s fun, right? Maybe it’s not so much fun for him.

Sure, you could “force train” him and he might retrieve every bird every time, flawlessly. But I’ll bet it won’t be with verve and intensity. He’ll phone it in because he has to, not because he loves to. Watch a serious retriever field trial if you doubt me.

Instead, what if both of you could savor the experience? In this case, timing is everything.

Unless he’s chomping or chewing, why not let your dog hold a bird for a few seconds once he sidles up to you? The intoxicating smell, taste, even the texture of feathers on tongue must be heaven for a bird dog. (It does nothing for me—I’ve tried it in the interest of science.) Couldn’t you let him savor his well-earned “paycheck” for a moment before shoving it unceremoniously into your vest?

Just so he understands I’m not after his bird (at least for a bit), I’ll often put my hands in my pockets, sit down, or turn my side to him while my dog has a bird in his mouth … as long as he stays close. In my kennel, even a short “victory lap” with the bird is okay. With a pup, stepping on his checkcord will keep him nearby without your action being interpreted as a collar-grabbing bird heist.

From a guide in Montana I learned this variation: When your dog delivers the bird, have him stand (or sit, depending on your preference) at your side, bird in mouth. Touch the bird, maybe even hold it lightly, but make no move toward taking it. Now, he’s sharing it with you, and vice-versa. After a moment or ten, call for the bird with “give,” or whatever your release command is.

Retrieve completed, your dog should have but one priority: more birds. Sending him back to hunting instead of the kennel, truck, or walking at heel is a high-value reward for a job well done. With luck, the process repeats itself. Over and over again.