Bowhunting Tips: 4 Bow Stand Setups You Should Avoid This Season

The desire to hunt your best morning and evening whitetail stands as soon as the season opens is a temptation... 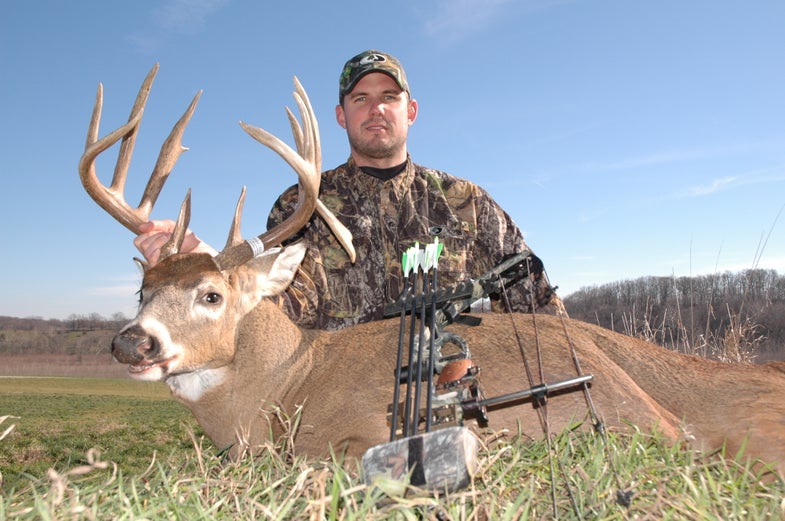 The desire to hunt your best morning and evening whitetail stands as soon as the season opens is a temptation few can resist. Unfortunately, this seemingly well-meaning (and on the surface, quite logical) act is a deadly, all-too-common mistake. The hard truth is, the sooner you educate your local deer herd to the fact it’s being hunted, the tougher the hunting becomes later when the rut kicks in and the pendulum swings back in our favor.

I don’t know about you, but I’d much rather haunt my best stands when mature bucks are running around a bit loose-minded—or at least displaying just a fraction of their typical, incredible caution and wariness. In other words, why screw things up before the party really gets started? As a youngster I lived in the moment and generally hunted hard and aggressively…regardless of rut timing. Typically, I paid the price. My favorite mantra these days? Patience. Having said that, some stands are simply bad ideas from the start, whether it be their location, or how deer relate to them due to the specific timing of the rut.

Here are four stand setups you should make a concerted effort to avoid this season.

1. Early Season Bedding
After a much-too-long off-season, it’s natural to want to charge full steam ahead and slip back into serious bowhunting mode. Unfortunately, your most-recent bowhunting routine likely included a combination of morning and evening hunts. The trouble is, there are few really good spots for a morning hunt during the early season, outside of bedding areas. And these areas are fraught with peril. Even if you don’t bump deer as you exit your stand by late-morning, or get scented or sighted by deer skirting around your stand, your mere presence in these sensitive areas can result in leaving behind just a bit too much human scent. And that can cause deer to alter their patterns. One of the smartest moves at this time of year is to avoid morning hunts altogether, in favor of hunting deer in the afternoons/evenings, at a primary food source.

If you absolutely must hunt during early season mornings, avoid your best areas. Now’s the time to roll the dice in much more-marginal locales, maybe an out-of-the-way bedding area you know you won’t be hunting later, during prime time.

2. Evening Ridge Ambushes
Thickly overgrown, ridgetop bedding areas holding known doe groups can be mighty tempting places for an evening sit. Common wisdom seems to suggest rutty bucks might regularly cruise through these locales—and during the morning hours, that’s often true. However, don’t let your exciting morning hunts in these spots skew your better judgment. During the evening it’s far smarter to hunt the places where deer are moving toward (e.g. tasty ag fields), instead of the places deer are coming from.

Here’s why: The window during which deer leave their beds and move through your setup area will likely be a relatively brief but intense, flurry of activity. But once the deer are past you, your hunt is essentially over. Also, remember that deer pick these bedding areas because of their ultimate safety features. As you approach these “foliage fortresses” most of the deer within them will likely be able to see, smell, or hear you. And if that happens, you’ve just tipped off another bunch of local deer to the fact they’re being hunted. Hopefully you’ve got other options for your next hunt, because you’ll need them.

3. Scrapes During Peak Rut
Plenty has been written about the value of scrape hunting during all phases of the rut, but to recap, peak rut is simply not the time to be hanging over scrapes.

Although these standout patches of pawed dirt might still be tantalizingly visible and relatively leaf-free, meaning relatively fresh, bucks during peak rut are not using scrapes with any consistency. That goes for most any obvious buck sign like rubs and scrapes, too. It’s simply one of the most-common mistakes you can make at this time. And I know, because I once made them regularly myself.

So it’s time to look elsewhere. Once the rut peaks, bucks are bird-dogging and otherwise hounding does. This makes obvious terrain funnels connecting doe concentrations a far more productive place to be. In the Midwest, the time to watch scrapes is for a brief, magical 10-12 days or so in late October, when bucks are actively building and seeking them out. So unless you’ve put in some serious in-season scouting time and ferreted out a fresh scrape line well before the does come into estrous, you’re likely spinning your wheels by hunting scrapes.

4. ‘Easy’ Stands
Few things about bowhunting mature bucks come easy, and that should be your first tip-off to avoid stands you can access with little or no effort. All of us know buddies who continue to favor the easy stand. There’s probably an easy stand in most everyone’s past, and I can recall several of my own. It might be the ancient-but-still-sturdy ladder “right in back of the house (or camp, or cabin)” versus the well-hidden, compact hang-on located on the backside of a specific property or tract, the one that requires a solid 40-minute hike (as well as a dependable flashlight and entire box of trail reflectors) to locate in predawn darkness. Far too many bowhunters who have the choice between both aforementioned examples settle for the former. And then, come late winter, lament their meager success.

Similarly, there are a whole host of ways to access prime stand sites that could render them ineffective. Choose the wrong access path (nine times out of 10 that’s the easy route) and, just like that, the specific site is no longer “prime.” Examples include taking a game-alerting “short cut” across a wide-open harvested crop field in the early morning darkness instead of hiking the “long way around” and carefully hiding your approach in useful terrain features like creeks, cuts, and draws, and staying downwind of known feeding/bedding areas, popular trails, and other likely deer concentrations. You don’t have to be told the long way around takes increased physical effort.

Also involved is plenty of smart planning, and attention to detail worthy of a skilled counterfeit painter—or maybe SWAT team bombsquad member? Regardless, the pursuit of trophy whitetails rarely equates to easy, but those of us obsessed with this game would have it no other way.