Four wirehairs and 25 years later I’ve learned there are innumerable ways to ruin dogs–just ask mine. But for today’s... 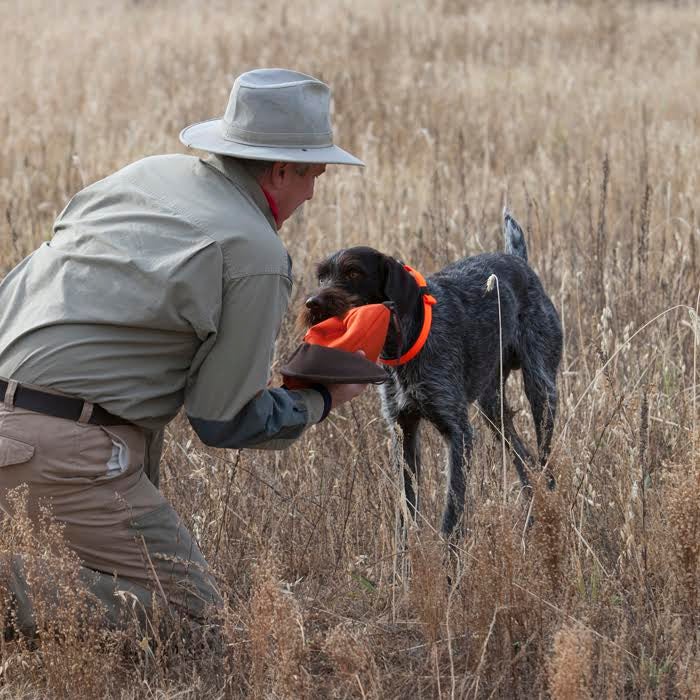 Four wirehairs and 25 years later I’ve learned there are innumerable ways to ruin dogs–just ask mine. But for today’s lesson, let’s focus on five that we can address in the short time between now and casing the guns at the end of opening weekend.

1. You’re Overtraining
Like a beer mug, there is a finite amount of knowledge you can pour into your dog’s head at any given time. When you overload your beer mug, the casualty is your table, floor, and the tragedy of frosty, foamy goodness gone to waste. With your dog, it’s pushback, disobedience, or shutdown…none of which get you closer to “fetch.”

A lengthy training session is fine, especially if you’re ramping up for the season’s debut. But you’d better mix it up, not dwelling on any one command too long. I’ve learned the hard way that two excellent renditions of a retrieve, “here” command, hard flush, or solid point is about right. Get greedy and you’ll soon regret it.

2. You’re Lowering Your Expectations
A bored dog is an unmotivated dog. You’ll know it when you give a command: tail down, walk instead of run, checking his text messages, etc. Worse, he backslides on skills you’re absolutely sure he knows. Time to raise the bar.

Fetching well from the training table? Go somewhere else. In fact, changing locations is often enough challenge–new sights, smells, and distractions to help your pup bear down a bit and meet the task at hand. Put your retriever in a “blind” and throw in a few highballs to see if he’ll sit still. Spice things up with a carefully managed dog or human spectator. Make that retrieve longer, throw something different than his usual bumper. Use whistle or hand signals without voice command… anything that takes it up a notch will force your dog to dig deeper into his memory bank, and I’ll bet he rises to the challenge.

3. You’ve Forgotten that Hunting is Training
What happens opening morning might set the tone for the entire season. If the tailgate drops and your dog bolts for the far horizon, he’s pretty much showed you who’s boss. Reboot the agenda for the day–and the season–with a few drills before you whisper “hunt ’em up.”

Start by training him to stay in his crate until you release him, then release him with a command. I might call him to me with a “here,” then heel him around the truck. A short retrieve of a thrown bumper, a “whoa” or “hup” will remind your dog that even in a new, exciting environment you still issue the paychecks.

While it’s harder than passing up the last piece of pizza, spend the first part of the hunt reinforcing hunting skills. Let a partner do the shooting while you steady your dog on point or help him “hup” to a sitting position. Hold your Lab’s collar until you command “back,” and insist on a retrieve to hand. A few passed-up shots may reward both of you all season.

4. You’re Out of Shape
It’s been said a fat dog is a sign you aren’t exercising enough. So true. Most tubby humans can regulate their in-field activity to match how out of shape they are, but dogs will run until they drop, and the consequences could be life-long if not fatal.

Heat is a dog-killer. Carefully accustom your dog to warmer weather, and watch him in the field for signs he’s overheated. Prolonged panting, seeking out shade, digging shallow holes to lie in, all are signs you should quit hunting and cool him down. The longer you’ve trained in warm weather, the longer he’ll hunt in it, but there is a limit. If your dog doesn’t die, heat stroke can damage him permanently.

If your dog is a tub of lard, he won’t hunt as long nor as intensely. A flabby dog will soon be waddling alongside you instead of reaching out for ringnecks. His recovery will take longer and you’ll lose hours – if not days – of valuable season.

Oh, and the same goes for you.

5. You Can’t Kill Birds
Trainer George Hickox said it best: “No birds, no bird dog.” Think about #2, above: the most enticing training distraction for a bird dog is probably birds. If his first encounter is opening day, you probably can’t predict with certainty what will happen.

In a perfect world, you have a pen of game birds on your back forty, next to the carriage house where you store your fleet of vintage English sports cars. Back here in reality, you might keep a few pigeons (better than nothing). Maybe you can buy a few quail from a friend or game-bird supplier. Perhaps there’s a nearby hunting preserve where you can pay for them to set birds at your direction.

What’s important is to stage-manage those bird contacts to ensure all goes right: aggressive flushes or staunch points. Steadiness on the flush, even with gun fire. Retrieves that are straight out and back. Recruit a good friend to shoot, hold a check cord, or boost the birds up. Don’t forget to return the favor.

For some of us, the season starts next week. For all of us, it’s looming, and a dog that is ready will make every hour, every day, the entire season more fun and satisfying…for both of you.