12 Ways to Improve your Wingshooting Skills

If you miss more birds than you hit, it’s time to analyze what you might be doing wrong 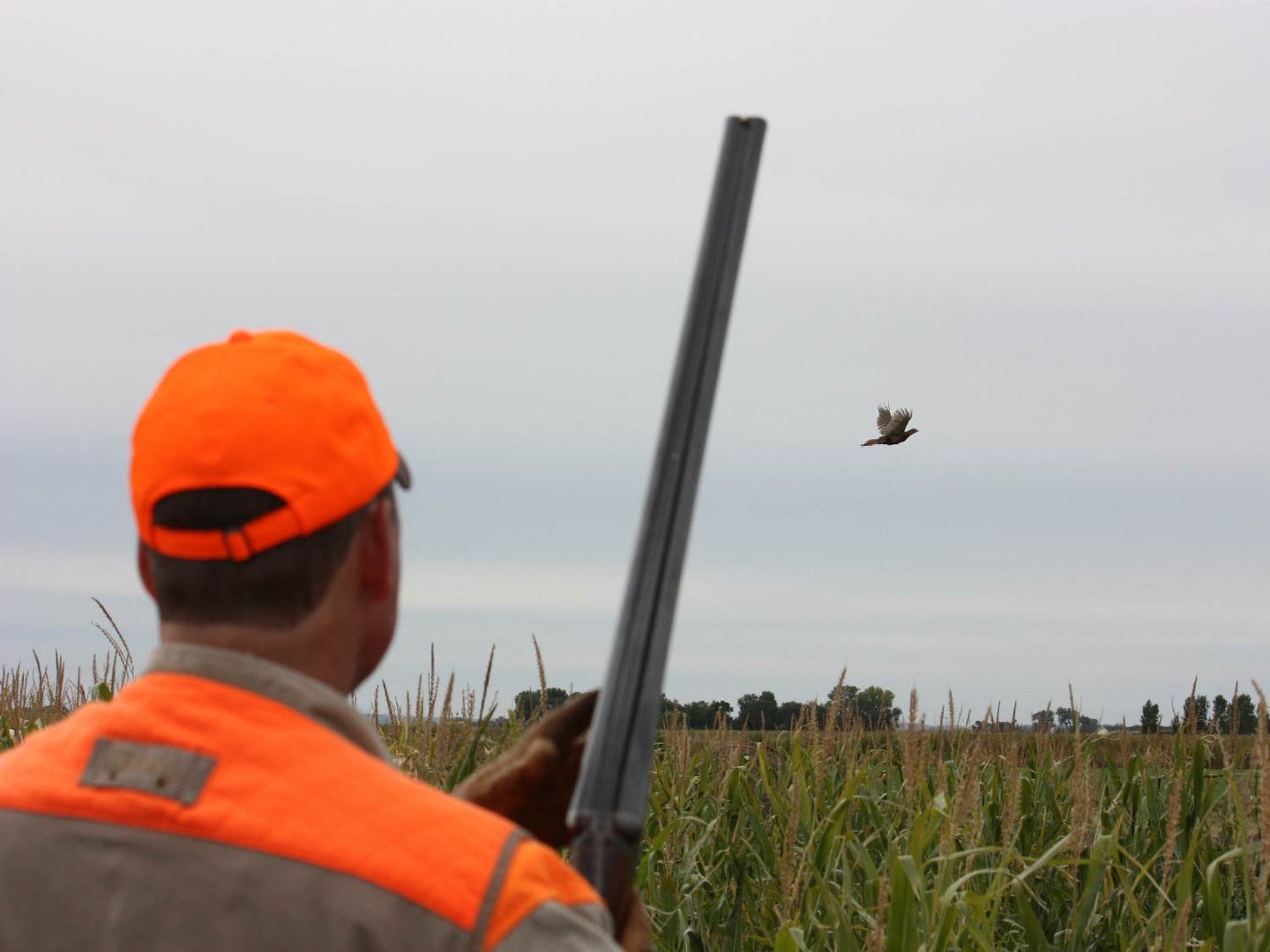 Match your choke to the hunt. Tom Keer
SHARE

If I consistently hit 100% of the birds, waterfowl, or clays that I shot at I’d probably take up another sport. Wingshooting would be too easy. Misses keep us coming back, but a long string of them is frustrating. Rather than get hacked off at consistent whiffs, figure out what the problem is and fix it. Here are 12 common problems and how to fix them.

The Brits are the best shotgunners while we Americans are descended from rifle shooters. Using rifle techniques with a shotgun is especially common among hunters who hunt both big game and birds. Rifle shooters stand sideways and gain confidence from matching the target with the front and rear sights. Their front grips are set further back on the fore end, and one eye is closed for increased focus. Rifle shooting is an incredibly focused discipline in which less movement is best.

Shotgunning is a dynamic sport which involves a lot of movement. Shotgunners need balanced stances so that they can move, and that starts with feet slightly wider than the shoulders and squared toward where the target will be killed. For a smooth gun mount with no muzzle rock, front hands are placed further forward on the fore-end. Both eyes are open so depth perception is clear, and a view is on the target, not the front bead. As rifle shooters need precise placements, bird and waterfowl hunters need shot to be in a general area. Think of the shift from rifle shooting to shotgunning like driving a manual transmission. Whenever you trade your deer stand for a walk in the woods or a seat in a duck blind make sure your scattergun technique comes with you.

2. Keep your head down

I watched my buddy miss a gimme of a straight-away shot on a pheasant in an open field. He’s an excellent shot, but made one common mistake; he prematurely lifted his head off of the stock to mark the falling bird. He was so shocked that bird didn’t drop that he never fired a second shot.

The bird was rising, and when he lifted his head the bird kept ascending while his muzzle dropped and stopped, and his shot string went under the bird. Keep your cheek on the stock until you’re done pulling the trigger. If both eyes are open you’ll see if the bird is falling out of the corner of your eye. Lift your face off the stock when it’s on it’s way down.

3. Work on your footwork

If it’s tough for a dog to get through the brush then it’s easy for a hunter to get equally snared. Tangled feet makes it difficult to swing. It’s especially tough when birds flush to the side because you back tightens up, your swing slows to a stop, and you shoot behind the bird. Read the woods as you follow your dogs, and pick paths that are easier to navigate. Sure you get extra brownie points for plowing through the jungle, but they’re lost if you miss the bird. Try as best you can to get your feet clear before the flush and to get a balanced stance. Your stance is the foundation of your shot, and the stronger it is the more birds you’ll put in the bag.

Haste makes waste. When we watch birds fly we believe we have to shoot quickly. That’s true to an extent and it’s the reason for using a snap shot on a ruffed grouse. But for the most part we always have enough time for a proper stance, gun mount, and swing. There is a middle ground between rushing a shot and moving as slowly as molasses in the winter. The ideal is to find a speed that is quick enough to get on the bird and kill it without compromising the process of smooth mechanics. A poor shot delivered immediately doesn’t kill as many birds as a quick shot with good form. Slow shots almost always miss, so find the middle ground of ‘as quick as you can make a good shot.’

Clothing oftentimes causes lousy gun mounting form. It’s common to layer up on a cold day, but if your layers are bunched they’ll grab your shotgun butt. Wear so many bulky layers that you resemble the Stay Puff Marshmallow Man and your length of pull gets altered. Tight clothing isn’t any better for it restricts movement and encumbers a swing. Rough cotton jackets grab shotgun butts, especially if they have rubber recoil pads.

When wingshooting, you’ve got to be able to move athletically and smoothly. Get better shoulder movement by wearing fleece vests. They’re warm and thin and they stretch when you swing your shotgun. Overlay them with a hunting or strap vest to hold your shells, GPS or compass, ecollar transmitters, and birds. On a cold day add a performance base layer. You’ll move freely and your swing will be smooth right up through the follow-through.

If your shotgun has a rubber recoil pad, wrap it with electriction’s tape. Two or three strips placed where the butt meets your shoulder are enough, but then wrap the edge with one long strip. The pad will slide up your clothing as easily as if it were made from leather. It’s tough to get on a bird when your clothes mess up your mount, so leave your work clothing at home and sport some hunting-specific gear. It’s designed for a reason.

A lot of hunters lose confidence when they miss a bird with the first shot. Instead of following up they move on to a different bird. When you move on to a new bird you’re starting from scratch, and new beginnings can be tough.

Stick with the first bird you swing on. You were probably close, maybe just a bit behind. Stay focused on the prize, make a few tweaks like increasing your lead, and take that second shot. The odds are much higher that you’ll kill with the minor adjustments.

Sometimes it’s difficult to range a bird. They’re moving, and in a field, open space plays with your eyes. The thickness of the grouse woods equally puts the zap on your head and the ‘that incredibly long shot’ really isn’t that far at all. You’ve got to add some facts to the equation and make sure your chokes really are suitable.

When a bird flushes or preferably is killed, pace out the distance to see exactly how far away it really is. If you find that your distance is different from what you thought, swap out your chokes. Grouse shots that look to be 40+ yards but in reality are 20 yards call for a cylinder choke. If you’ve got IC or Mod you’ll do one of two things. If you hit you’ll blow up the bird and eat feathers for dinner. But more probably, you’ll miss. Pace out the distance to get an accurate read on the situation and match the correct choke to your hunt.

At the beginning of a hunt, many shooters dump a box of shells in their vest pocket. That means that they’re using the same load for birds that flush close, fly on, and then are far away. For better pattern spread, try staggering your shells.

If you’re shooting a double gun you’ve got two shots, three with a pump or a semi-automatic. For double guns, load a lighter load, say a ¾ ounce 20 gauge for your first shot and a 7/8 ounce 20 gauge for your second. In pumps or semis, the lighter load goes in the chamber, the heaviest load goes in the magazine first followed by a medium load. Change the size of shot with smaller shot for the close shots and larger sizes for distance. By staggered your shells you’ll get better spread and enhance the performance of your shotgun.

If you go to a clays range, lots of people tell you what to do. But what do you do when you get several different pieces of advice, all of which is well intentioned? One says you shot behind the bird, the other says your stock wasn’t on your cheek, and the third says you stopped your swing. You get confused.

Have your buddy serve only as a mirror. Ask him to identify one thing that you did wrong and fix it. If there is a second or third problem, tackle those issues next. Pro shooting instructors like Lars Jacob look over a student’s shoulder to see what they see. That’s important because it’s accurate.

If your buddy tells you what you did wrong, and you try to fix it, then you own the change. One by one each problem falls away without causing total confusion.

Read Next: 4 Ways to Improve Your Tactical Shotgun Game

If bird or waterfowl hunting didn’t cause our hearts to pound we probably wouldn’t do it. But unbridled excitement causes us to forget our mechanics. Pheasants rumbling out of shelter belts startle us just as a big covey of bobs that erupt from a patch of Big or Little Blue Stem. When we get excited, our gun mounts get sloppy. Cheeks aren’t glued to stocks, our eyes don’t look straight down the rib, and our buttstocks land on our shoulder instead of in the pocket between our shoulder and chest. Then, our front and rear hands don’t work in sync and we get a lot of muzzle rock causing us to shoot over or under a bird.

I suppose you could meditate or do yoga, but I’ve found regular rounds of clays to be the fix. Muscles have memory, so when birds take flight your body does what you trained it to do. Focusing on the target is also an easy way to calm frazzled nerves. So you just missed, so what? You’ll get the next one, just take a deep breath, focus on the target, and kill it. And it’s always easier said than done.

If you don’t concentrate on your bird, you’ll be lucky if you kill it. Chatting with buddies is the fun part of hunting, but your eyes should have a laser-lock on the bird when it flushes. Weak, unfocused concentration means you don’t clearly pick up the bird’s flight plan. If it’s caused by poor vision, then get your eyes checked. But if it comes because you’re unfocused, then watch the dog for birdy clues and look hard at the bird when it flushes. The mechanics will fall into place.

Sometimes we miss birds because we’re not in the right position. If we’re lagging behind, then our shots are further away than they should be. When the pointers and flushers are getting birdy then get your butt up close to them. No dragging up to the point, get up there. Birds respond to pressure, and they’ll run ahead of a pointing dog just as they bust ahead of a flusher. Get up on your dog for a good shot.

Woods hunting is a little different. To swing your shotgun you’ll need to be in an area when you’ve got room to move. If you’re in thick cover, your swing will get checked by a sapling or a tree limb. Follow your dog by weaving your way through the woods. When he’s making game, look for a place that is more open and shoot into the thickness. Sure, some shot dissipates if it hits leaves and branches, but game birds aren’t grizzlies. A few properly placed pellets will bring them down, and you can get those by being in a more open area and shooting into the thickness.