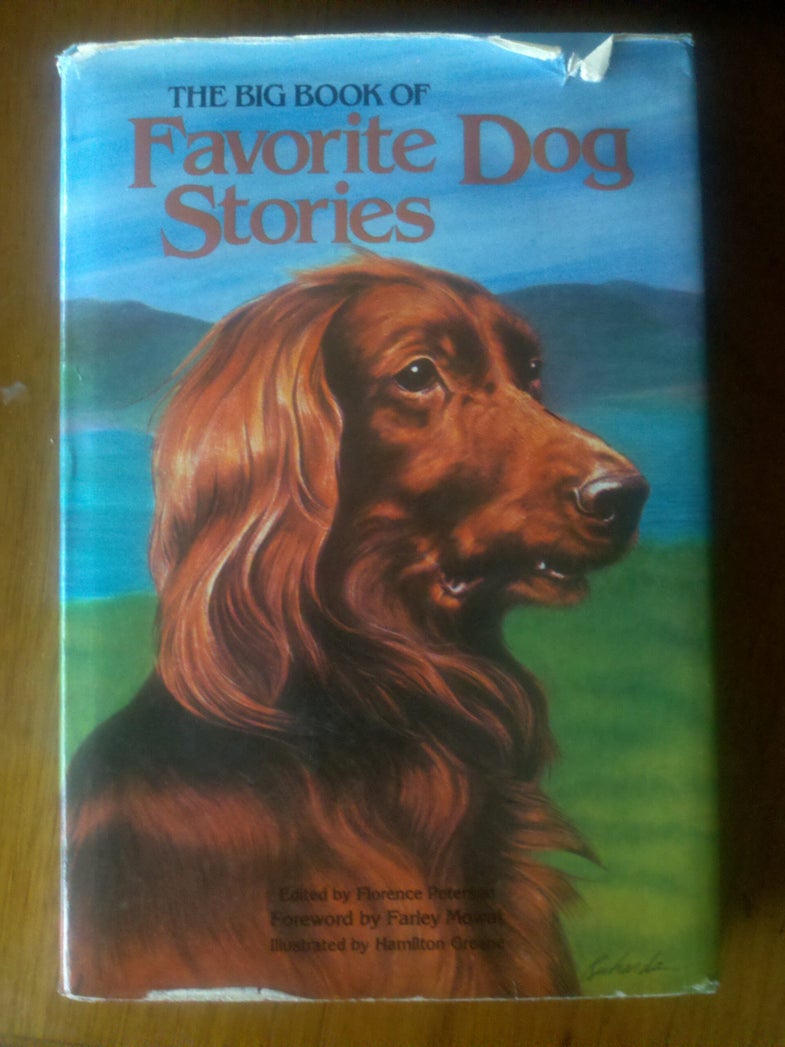 So the inscription reads on the inside cover of a book I remember receiving that holiday season when I was nine years old. It was from my great grandmother, with whom I added the moniker “Candy” in part because of the ever-present supply of sweets in various dishes found throughout her apartment. I recently rediscovered the book while perusing the bookshelf in my old room at my parents’ house during the Super Bowl Sunday weekend.

The 334-page tome (including author bios), entitled “The Big Book of Favorite Dog Stories”, has an Irish setter on the cover and was probably part of the impetus for its selection as a my gift. At the time I absolutely loved dogs, but Irish setters especially. This was due not only to their good looks, but in no small part to the borrowing of Jim Kjelgaard’s novel “Irish Red” from the library of an elder cousin (from which I’d also borrow Desert Dog and Lion Hound).

As I type this, it’s 29 degrees and snowing outside. There are no hunting seasons open. My plan for today included finishing up some social media commitments, writing this blog and then taking the dog out to play with the new Tri-Tronics G3 Beeper and Tracer e-collar light (for a future blog post) and a little exercise/training.

Now, however, I’m thinking that I’ll do exactly what the month of February was invented for: staying in and reading a good book. The Big Book of Favorite Dog Stories is an anthology featuring such classic writers as Jack London, Rudyard Kipling, Farley Mowat and John Steinbeck.

I recently watch the 1974 adaptation of Wilson Rawls’ “Where the Red Fern Grows”, an excellent story of a boy and his hounds. The slower pace, simple message and grainy film from the disco days is in stark contrast to today’s high-definition and action-packed flicks. Sometimes I wonder if we’re really advancing or just moving faster.

Yeah, I’m definitely in a mood to chill today, and a good book filled with dog stories sounds about right. But before I go, let me ask: What are some of your favorite dog stories and authors? Or heck, even just authors and books!