Puppyhood provides a very pivotal time for the future of our gun dogs. It’s a time that we can either... 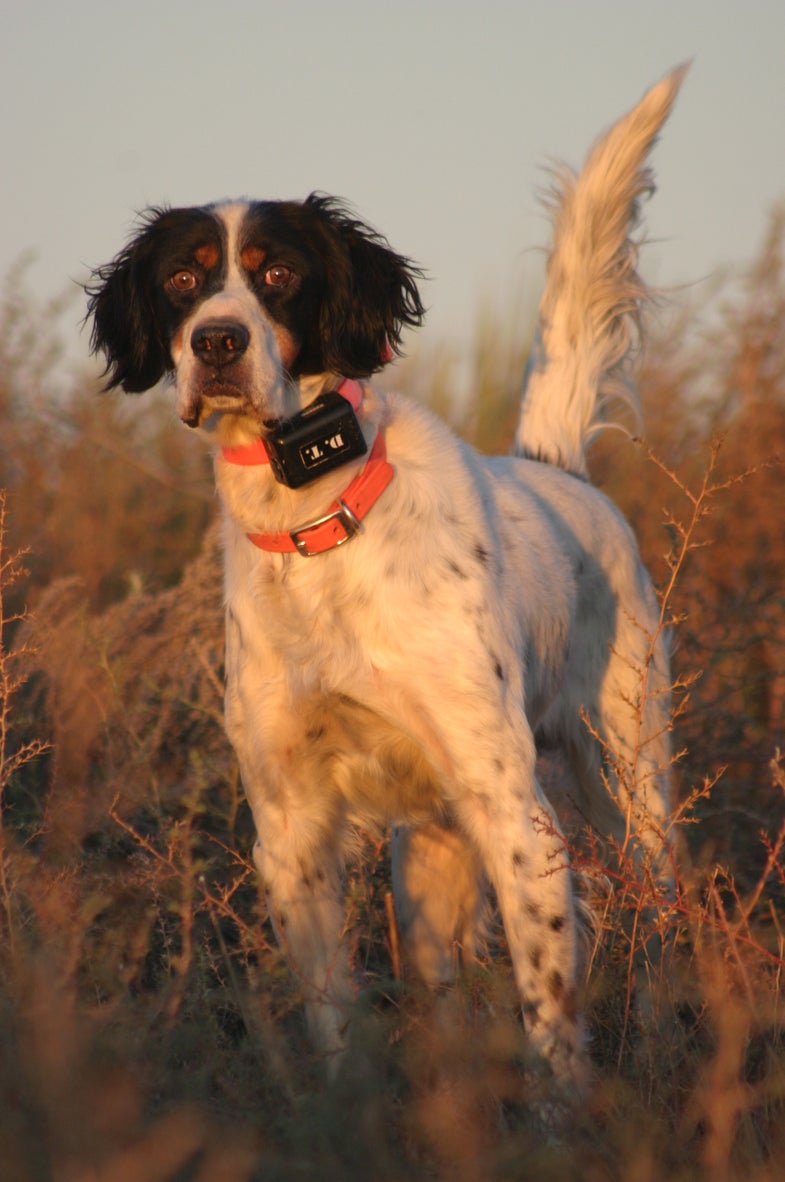 Puppyhood provides a very pivotal time for the future of our gun dogs. It’s a time that we can either look back on with fond memories of laying a foundation that paid dividends when our dog matured, or one that we might look back upon with a grimace at opportunities missed and the roots of bad habits that last a lifetime.

To keep your pup on the right track and ensure that the pointing dog in your life keeps you smiling and makes you proud for the next decade or longer, consider these tips from D.T. Systems pro Chris Larson at Six Oak Gun Dogs in Stillwell, Kansas.

No time frames: “It takes as long as it takes. Don’t put deadlines and expectations on a puppy,” says Larson, who notes that different breeds will mature at different speeds. “If you have a pointer puppy, it’ll come along fairly quickly. A Brittany will come along a little slower and there are other breeds that will develop slower yet.”

Regardless of the breed and bloodline, don’t hold your dog to a schedule found in a book or DVD that says by a certain age your dog should be performing specific tasks. And definitely don’t get into a race with your buddies about whose dog is ranging further, pointing, backing or whatever; they all develop at their own rate and pushing that time frame to meet another’s expectation or to bolster your ego is a surefire way screw your dog up.

Be mindful of the future: When you play and train with your puppy, keep the end product in mind. “Don’t ever let your puppy do anything that you don’t want your three-year-old bird dog to do, as far as behavior,” says Larson. “What’s cute at 10 pounds is frustrating at 60 pounds. What’s cute at 10 weeks sucks when he’s two-years old and is playing keep away or tug-of-war with the only pheasant you’ve shot all weekend.”

Think about what you want the dog to do in the field and begin filtering those habits into daily life where possible. If your pointer will need to retrieve, play fetch to encourage the habit. If he’s to deliver to hand, decide if you want a squared-up front-facing delivery or at your side in the heel position. Use supper time to encourage standing still: just as retriever trainers make their dogs sit before receiving food, pointer trainers can encourage their young pups to stand still before eating.

No wing on a string: We’ve all seen great pictures of a very young puppy pointing a pheasant or quail wing dangling from the line of a fishing rod, but Larson disagrees with the approach. “It’s awesome to see a little puppy stack up and have its tail straight up and quivering, it really is cool, but it will cost you a thousands shots in the future because you’re teaching him to sight point,” he said.

Larson said that as few as 10 or 15 repetitions can have a detrimental effect on a pup. In most cases, but not always, it’s problem can be corrected but why train in a habit that you will later have to train out? Just don’t do it to begin with and you won’t have to worry about it.

The problem arises because the pup becomes used to seeing what it’s pointing and will have a tendency to carry that behavior forward. With a bird dog you want him to stop and hold point as soon as he encounters scent.

A sight-pointing dog will use scent to locate the bird but then won’t point until it has a visual on its prey. Bumping and pushing birds will result and because pointers range much further than flushing breeds, you’re not going to get a shot off. If you’re hunting a cagey three-year-old rooster or skittish grouse, you can forget about getting a sight point.

Instead of dangling a wing on a string, get your pup into the field, park or anywhere they can get out and explore and experience nature. Let them point butterflies, field larks or whatever else they find.

Gunshy goof-up: “Don’t check to see if your dog is gunshy by shooting over their head. If they weren’t before they probably will be afterwards,” said Larson. “Build your dog’s prey drive and get them fully engaged in chasing bird and then shoot. Use a small cap gun from Wal-Mart if you have to before moving up to blanks.”

If your dog shows any sign of intimidation from even a low-level shot, Larson says to continue on as if nothing is wrong. If your bond and position of authority in your pup’s eyes is solid, he’ll see that you’re not worried about anything and will take it as cue for him not to be concerned. Should he return to you out of fear, pitch a pigeon out for him to chase to ramp his prey drive back up and distract him from the negative thoughts in his mind.

Socialize them: “Get them out of the house and kennel, be it the local dog park or a nearby field. Don’t leave them leave them in the kennel and then seven months later decide it’s time to train,” says Larson. “The more he’s subjected to as a puppy, the better off he’s going to deal with things in the future — be it your buddy’s dog box, hotels, kids, flora or fauna.”

No rescues: Stay out of your dog’s way; let him get himself into trouble and figure out how to get out of it. “No matter how hard we try as trainers, we can’t teach them what certain things are…like cowpies, skunks and the like,” says Larson. “If he goes into a skunk den and gets sprayed, well he’s learned that skunks aren’t to be messed with. Some things they have to learn on their own so that when it comes time to hunt, they know what’s important and what’s not and they’re not going to waste their time.”