Everyone has a story about their dog, a tale that defines the critter that wags the tail. Some are prone... 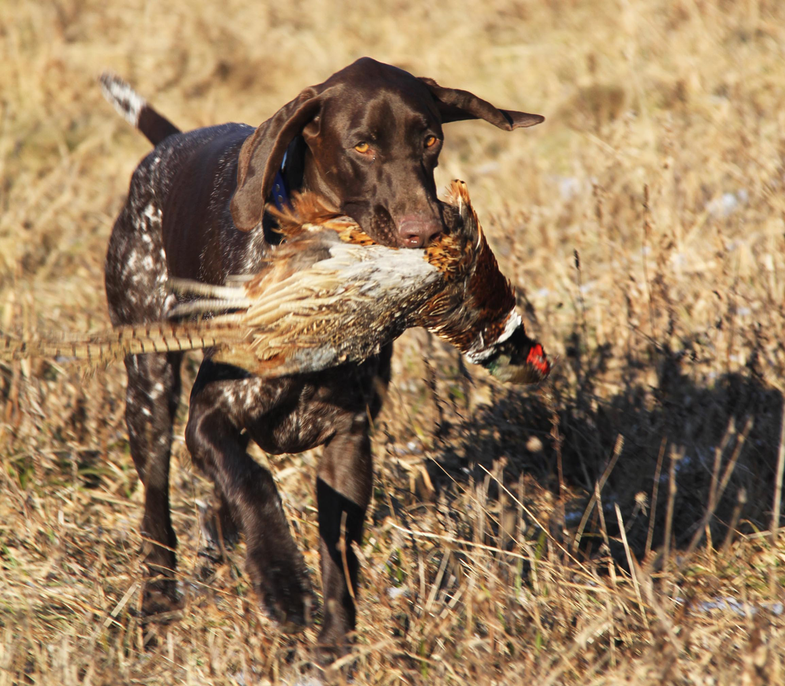 Everyone has a story about their dog, a tale that defines the critter that wags the tail. Some are prone to misadventure; others, heroic in deed or mannerism. But every dog owner finds a way to make his or her hunting partner special, a “top dog” in his mind and maybe others’ as well.

He hunts as if every day may be his last, perhaps because he has come face-to-face with the Grim Reaper twice and lived to tell about it.

Three years ago he was run over by a jeep in Georgia, peeling all the skin off one leg. One hundred and seventy stitches and six weeks later, he started hunting again on my television show. While regaining his bearings he executed the most elegant leap toward a towering bobwhite I’ve ever seen. Scratch was back.

In 2014, just weeks prior to the biggest test of the North American Versatile Hunting Dog Association, his stomach twisted—an often fatal affliction. Surgery and rest saved his life, and with just a week of training after his recovery, he competed but didn’t pass the Invitational Test. Google “resilience,” and you’ll see a photo of Scratch.

Merrymeeting’s Scratched Gunstock has hunted seven species of birds in eight states, and even without the title of “Versatile Champion” he’s proved his mettle. A staunch pointer and intense retriever, this dog doesn’t know the meaning of quit.

All In A Day’s Work // Long legs reaching, always reaching, as Scratch runs with abandon. That may be why his owner says “he can tear up a field in two seconds, but without the grace of a thoroughbred.”

Full of energy, he functions best when almost coming off the rails. Anisfield says those legs sometimes get ahead of their owner. Scratch is well-known for his trips, stumbles, and head-bumps. She calls him a “goober.” Not much for tail-wagging, this dog is earnest and sincere, totally dedicated to his owner, and to finding birds.

Defining Moment // Scratch’s day in the sun may be yet to come. He’s currently training for his second Invitational Test, and Anisfield has a lot of faith, as long as his exuberance doesn’t outrun his discipline. “If we have a good day, he can certainly do it,” she says.

Until then, Scratch’s first grouse find as a one-year-old is a pretty good summing-up: “He slammed on point on the side of our logging trail,” Anisfield said. “A beautiful bird flushed right over the clearing. I dropped it on the second shot. He’d held his point steady, looking very intense and almost noble.

“When I commanded ‘fetch,’ into the thick brush he bashed, scrambling, frantic, tumbling as the crippled bird tried to get away. When the dust settled, Scratch proudly brought his trophy to me. You know, the one you need the photos of? The magnificent tail was reduced to one feather!”

Personality Traits // Still a puppy at five years old, Scratch sleeps under the covers most nights, alongside several wirehairs and, if they fit, his two humans. He tests the senior wirehair of the house every day, is put in his place by a low growl. Once the pack order is reviewed he clocks in alongside his owner in his own office chair.

The Look // Wrinkled brow and chin, always worried, Scratch is constantly asking a question—we just don’t know what it is. Like a gangly teenager, he wants to look cool but can’t quite pull it off. But behind that goofy pose lurks a bird-crazy, intense hunter with a slow-burning fire in his eyes.