Why You Need At Least Two Hunting Dogs

Once you get in to training dogs, it can take over your life. Dog men (and women) spend thousands of... 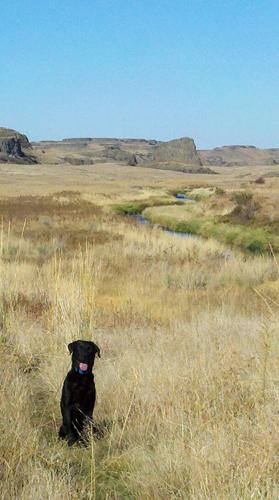 Once you get in to training dogs, it can take over your life. Dog men (and women) spend thousands of dollars training with pros; traveling to various training and testing sites; on training gear like dummies, launchers and birds; as well as on complete truck-and-trailer setups. And on just about anything else they can even remotely draw a tenuous connection to dogs.

Spouses often don’t understand this hobby – or perhaps habit would better describe it, depending on which side of the fence (or kennel run) you’re standing. Trying to add another dog to the mix might not go over very well with a spouse, but you need at least two, if not three. Trust me.

If you remember my and Kona’s outing for public birds, you might recall that it was an all-day affair. We hunted our butts off. It was a great day. The only problem was that a day or so later, Kona came up lame.

He limped about the house barely putting weight on his right front leg, and at times completely gimped around like the proverbial three-legged dog named Lucky. I feared a torn ligament or perhaps a small broken bone.

And that right there is why you need another dog. If you only have one or if one of your two is aging, any small injury can end your entire season. Just like that I saw a year’s worth of waiting and anticipation for hunting season blown, along with the rest of our season.

It was diagnosed as a sprain/strain mostly likely, and with some rest and NSAIDs he should be fine. And within a day or two he was, but the threat of missing an entire season still lingers with every step he takes whether we’re in the field or not.

How To Win the “One-More-Dog” Arguement
The best way to get another hunting dog is to find a breed you want and then take the wife and kids to see the pups while on a drive or mini-vacation. No wife or child can resist an 8-week-old fur ball. If driving to see the pups isn’t possible, well, I’ll leave it to you to either convince your spouse that you need another one or to just have it sent and try the above tactic and hope puppy cuteness saves your butt.

If you do try to convince your spouse, point out that in the grand scheme of things (i.e., all the cash you’ve spent on the first pup) buying another is a small investment. All that equipment can be used for the second pup, so really all you’re paying for is the puppy, transport, yearly vet visits and food.